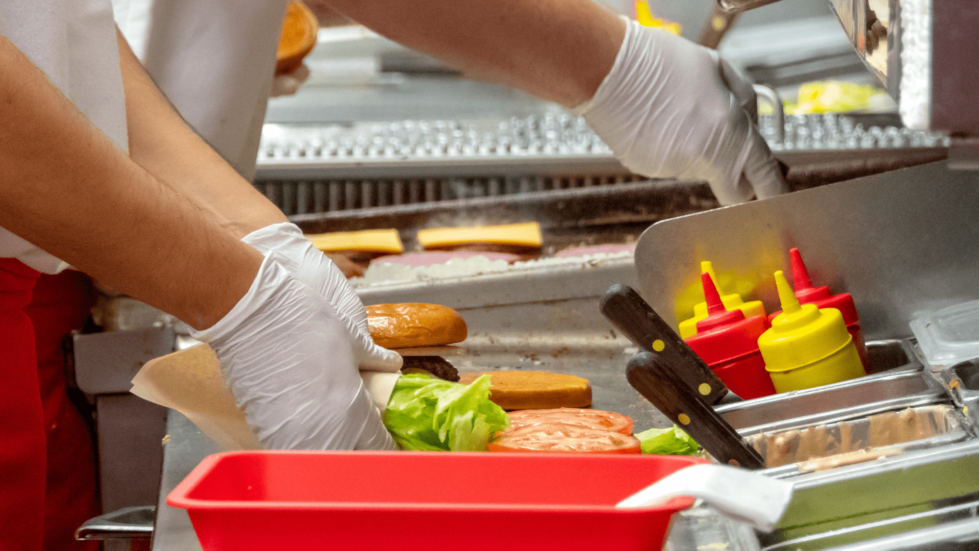 Business leaders are lining up in opposition to a proposed ordinance in Wilmington that would require service industry employers to provide two-weeks notice of work schedules and compensate employees when changes occur.

The measure, sponsored by Council Member Shané Darby, D-District 2, aims to provide more schedule stability for hourly workers at retail, hospitality and foodservice establishments with 250 employees or more and franchises with less than 250 employees.

The proposed ordinance would allow workers to decline shifts not included in a posted work schedule or shifts that do not provide at least 9 hours of rest after a previous shift.

If asked to work shifts that don’t allow for 9 hours of rest, employers would be required to pay workers an extra $40, in addition to their regular compensation.

“The reason why I’m doing this is because I care about working-class people, especially the most vulnerable groups,” Darby said. “I think that Wilmington could be the catalyst to what it looks like to protect workers, protect workers’ rights, and to make sure that people are able to work and live.”

Council Member James Spadola, R-At Large, called the proposal “a solution in search of a problem.”

He said businesses unable to keep up with the regulatory burdens imposed by the city can easily open shop elsewhere.

“This potential ordinance puts part-time workers under attack,” said Carrie Leishman, president and CEO of the Delaware Restaurant Association. “This is a counterproductive and dangerous ordinance at a time where Delaware restaurants still have 4,500 open positions.”

Under the bill, for each employer-initiated change to a posted work schedule, employers must pay an employee “predictability pay” at the following rates, in addition to the employee’s regular pay for hours actually worked by the employee:

The bill also requires employers to offer shifts to existing employees and pay any subsequent penalties before offering the shift to contractors or temporary employees.

“We’re trying to tackle the big dogs first and then kind of look at the conversation around what it looks like to have fair legislation for small and local businesses,” Darby told Delaware LIVE News.

Darby said she’s not concerned that the ordinance could hurt businesses struggling to make ends meet in the wake of the pandemic.

“If we were talking about a small local business then I might say ‘okay, I can look at that,’ but not for big businesses like the Marriott or the DoubleTree,” she said. “I don’t think the hotel industry has been hit that hard due to the pandemic. I’ll have to look at the data and research but people have been traveling – I don’t think they have been impacted that much.”

Carrie Leishman, president and CEO of the Delaware Restaurant Association

She said it’s “fueled by the campaign donations of labor unions as a way to boost up dwindling union participation and pit small businesses against employees” by reducing part-time and flexible job opportunities.

Asked who she thinks might oppose the legislation, Darby laughed then responded: “Hospitality, retail and foodservice establishments that employ 250 employees or more.”

She emphasized that the law would apply to franchised businesses that employ less than 250 employees in city limits.

“You can be a franchise in Wilmington and only hire 20 or 30 people, but if you’re a part of a bigger network like McDonald’s, then you are subject to this legislation.”

Bob Older, president of the Delaware Small Business Chamber, said including franchisees like hotels and fast food restaurants in the bill is “irresponsible and uneducated.”

“You’re telling me that a Dunkin’ Donuts with 10 employees must abide by this regulation but a bakery with 20 employees that’s next door to them doesn’t,” Older asked. “Just because you’re a franchise doesn’t mean that you’re anything more than a small business.”

He said despite small businesses already being short-staffed and under pressure from external factors like inflation and supply chain disruptions, Delaware’s lawmakers think now is the right time to impose even more costly burdens on businesses.

“With this ordinance, you’ll be penalizing businesses twice,” he continued. “If somebody doesn’t show up to work, they call somebody in and change the schedule – they’re gonna have to compensate that person even more. That’s not to mention the worker who called out.”

Older predicts that because of legislation like the fair workweek ordinance, companies are going to continue resorting to automation, something he said is “unfortunate.”

Darby sees it differently. The bill, she said, isn’t meant to be a burden on businesses, but rather an extra layer of protection for workers who are vulnerable and often taken advantage of by their wealthy employers.

Leishman believes the measure would result in “a mountain of red tape” and cost jobs for those who rely on their paychecks the most.

“Restaurants are an industry of choice and employees can be free to pick up shifts that so often meet the needs of their financial circumstances,” she said.

Many people who work in hospitality are putting themselves through school or have full-time jobs and careers elsewhere, but need extra money for personal reasons, she said.

Leishman pointed to San Francisco, the first city to embrace “fair workweek” laws. The result, she said, has been predictable.

A survey conducted by Lloyd Corder of Corcom Inc. found that 20% of affected businesses cut back on the number of part-time hires, and a similar number were scheduling fewer employees per shift.

“There is nothing ‘fair’ in ‘fair scheduling’ for the employer and employee,” Leishman concluded.

Darby said employees will be responsible for reporting violations of the law to a labor commission that the bill would create. In the future, she hopes the city will allocate funds to hire an investigator to look into complaints.

Although it creates a labor commission, the bill wouldn’t cost any money, she said.

Spadola cast doubt on that claim.

“I would disagree that there’s no fiscal impact because every hour of work our city employees dedicate to this will cost the city money,” Spadola said.

In addition to hurting businesses and workers, Spadola feels the bill will hurt the city’s bottom line.

“The city needs funding to pay for city employees, for the services that the city provides, for firefighters, police, everything,” he said. “One of the ways the city raises those funds is through wage taxes, and so at a time when we need more businesses to come in here and boost up our wage tax, we can’t be passing unfriendly ordinances that will make them go elsewhere.”

Spadola plans to vote against the bill and he’s hoping others do too.

“I wish I could say it doesn’t stand a chance,” he said. “I don’t think it will pass, but if it did, I would actively encourage the mayor to veto it because I don’t think the city could stand for this at this time.”

Bob Chadwick, president of the New Castle County Chamber of Commerce, said his group opposes the proposed ordinance because employment law is already regulated at the state and federal level.

In a state the size of Delaware, two levels of government oversight are sufficient, Chadwick said.

“The legislation would add unnecessary burdens for employers, remove their ability to be flexible in running their businesses, increase costs by requiring them to pay employees for canceled shifts, and unreasonably interfere in their relationships with their employees, many of whom went into the retail, hospitality or food service industries for the scheduling flexibility,” he continued.

“The ordinance sends the wrong message to existing and prospective Wilmington employers. Employers in the City of Wilmington are already subject to a wage tax and a head tax, and legislation such as this which would increase costs, impose burdensome regulation, and limit flexibility will make it act as a disincentive to open or maintain businesses within the city.”

Efforts to reach the Delaware Food Industry Council, the group that represents grocery stores and pharmacies, were unsuccessful.

Spokespeople for Mayor Mike Purzycki and the Delaware State Chamber of Commerce said they weren’t prepared to comment Monday.

Darby said she hasn’t reached out to any of the state’s chambers of commerce to get a sense for how the bill would impact businesses in the city.

“That might be a good entity to reach out to just to see if they were supportive or not,” she said. “It wouldn’t change the legislation, but that would be good to just know.”