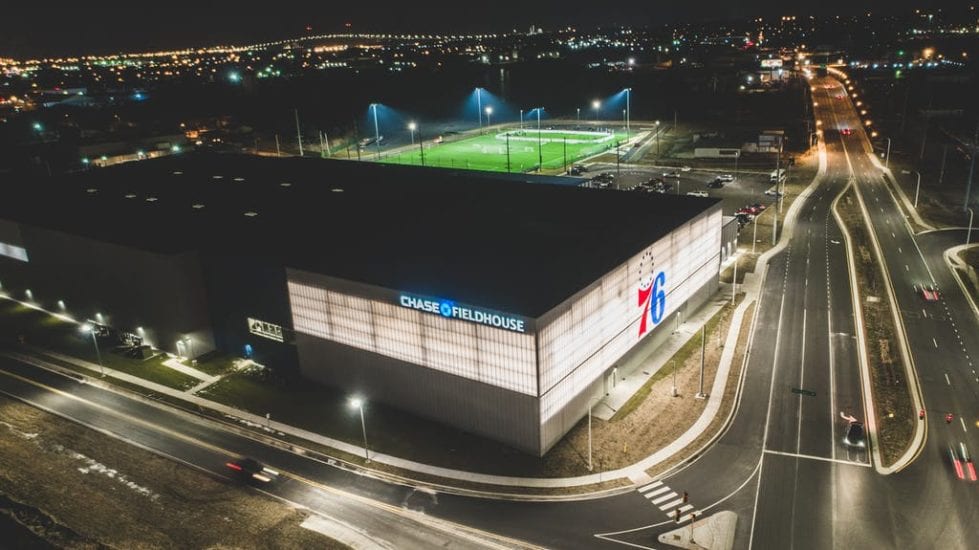 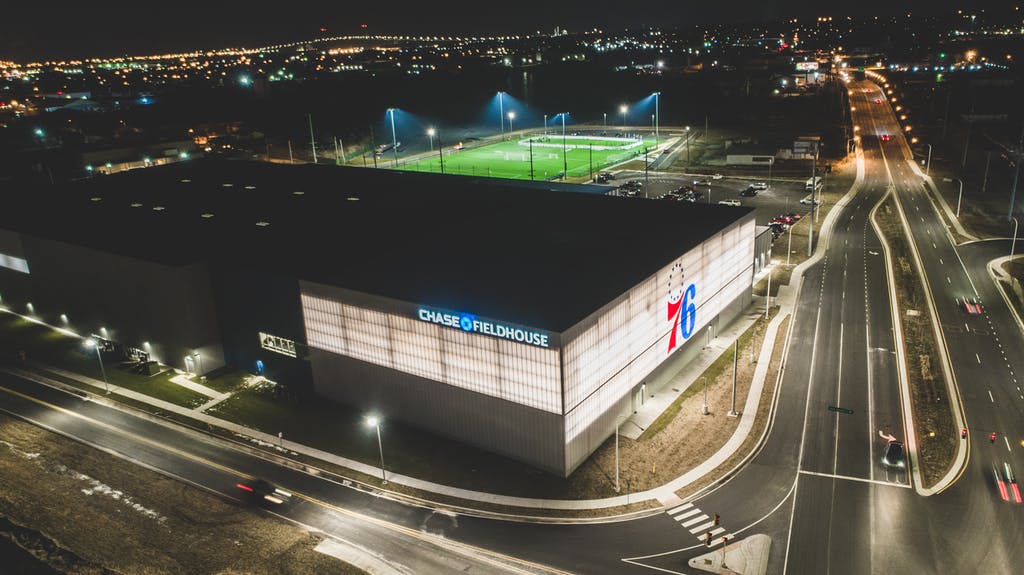 Lit up in blue: The Chase Fieldhouse shows off its new moniker.

The Philadelphia 76ers announced Thursday that their Wilmington arena will be renamed the Chase Fieldhouse as part of a partnership with JPMorgan Chase.

The financial terms of the multi-year deal were not disclosed by Blue Coats owners BPG|SPORTS or the Philadelphia 76ers.

The Chase Fieldhouse emblem adorns both the top of the north and south sides of the 161,000-square-foot structure. The iconic Philadelphia 76ers logo will continue to be emblazoned on the glass visage of the west facade, as it has since it opened in 2019.

“The 76ers Fieldhouse has been part of the Wilmington community for two years now, and we’re continuing to look for new ways to invest in initiatives and opportunities that help us create a deeper engagement with our athletes and community,” said Rob Buccini, president of Buccini Pollin Group.

Philadelphia 76ers President Chris Heck says the fieldhouse has played a big role not only as a basketball facility, but also in the Wilmington community.

“Chase Fieldhouse serves a vital role across the Philadelphia 76ers basketball, business, and community engagement landscapes,” Heck said. “This world-class facility and home to our Blue Coats is befitting of a major partner in JPMorgan Chase. Delaware is a huge part of the 76ers footprint, and this partnership will further strengthen our commitment to do good in the communities where we live, work, and play.”

Blue Coats President Larry Meli is ecstatic that JPMorgan Chase has joined the Blue Coats’ team by putting its name on the fieldhouse, which includes both indoor and outdoor full-sized professional turf field used by other sports leagues.

“Chase has made an enormous impact in the Wilmington community for many years and it’s a privilege to join them on this next chapter. The promise of Chase Fieldhouse has always been to serve as a beacon for our area youth, and that mission is strongly emboldened by this partnership,” Meli said.

BPG | Sports and the Blue Coats opened the basketball portion of the arena on Jan.23, 2019, when they hosted the Memphis Hustle before a sold-out crowd. The team would host 24 regular season home games in the 2,300-seat capacity arena during a traditional NBA G League season.

This winter the team is playing a shortened season at the Disney Bubble in Orlando, Florida.