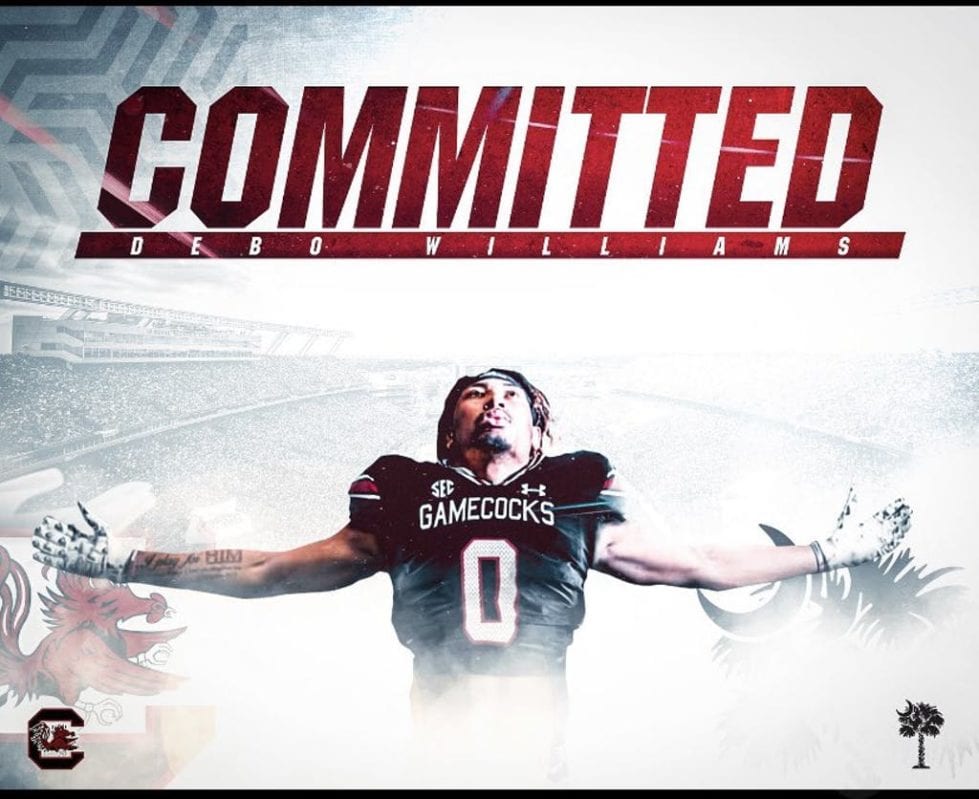 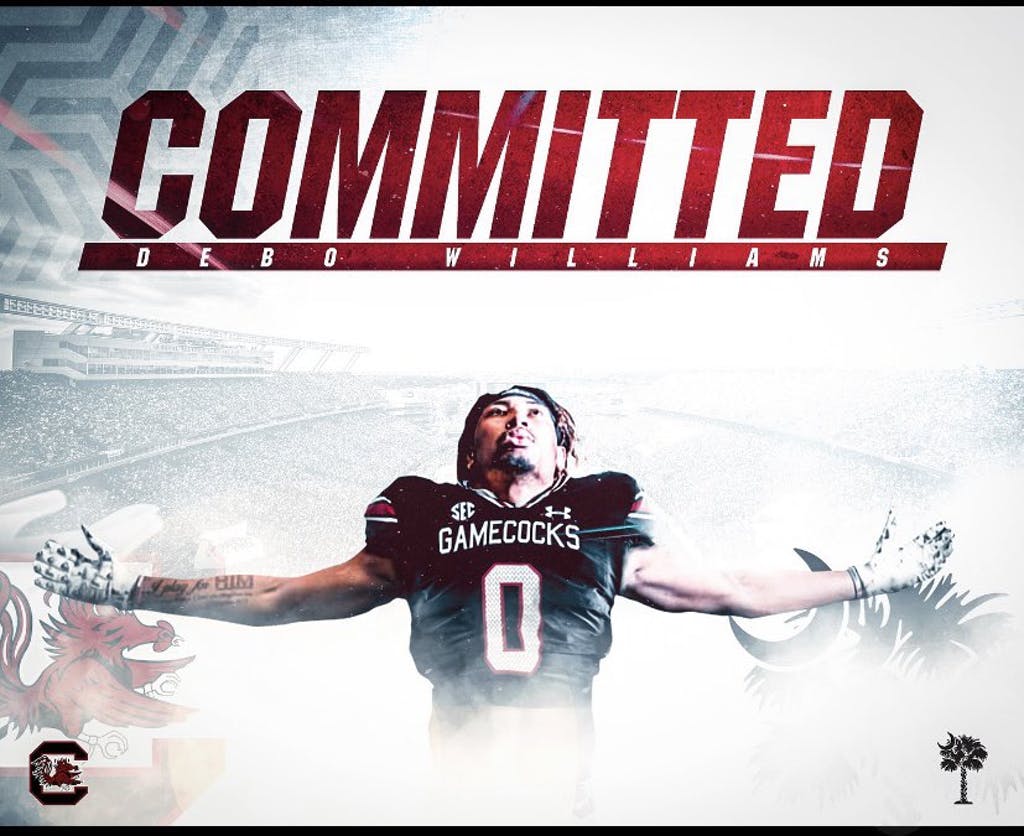 Smyrna’s Debo Williams is heading to the South Carolina Gamecocks.

Being a graduate of the University of Delaware, I’ve spent many days inside Delaware Stadium cheering on the Blue & Gold football team.

Some of the most memorable days included those in the mid-90s hearing fans chant EDDIE-EDDIE for record-setting wide receiver and return specialist Eddie Conti who thrilled crowds with his scintillating touchdown runs.

Then in the early 2000s the stadium was filled with loud chants of MONDOE-MONDOE for hard-hitting linebacker Mondo Davis.

I was hoping to hear a chant for DEBO-DEBO over the next four years for Smyrna Eagle graduate and outstanding linebacker Darryl “Debo” Williams.

However, before he ever played a game for the Blue Hens, Debo Williams received an opportunity that he couldn’t turn down … a chance to play on the biggest stage in college football in the SEC at South Carolina.

Williams told Delaware Live, “I always wanted to play at the highest level of college football, and playing in the SEC is exactly what I was looking for in high school, but never got the opportunity. When South Carolina offered me this opportunity, I just had to take it.”

Williams announced his decision via Twitter:  “First & foremost I want to thank the University of Delaware for the opportunity they gave me. I am grateful, however things have shifted in my life. With much prayer & God’s guidance, I will continue my academic and athletic career at South Carolina.”

Despite a sensational high school career at Smyrna, Debo was not heavily recruited by any power leagues. He was rated a 3-star prospect in the 247Sports Composite and was ranked the 113th outside linebacker nationally.

At Smyrna, Williams recorded over 500 tackles, including 153 his senior season when he was named the Delaware Defensive Player of the Year.

However, with the help of good friend and Middletown resident MarShawn Lloyd, he was noticed by new Gamecock head coach Shane Beamer. Lloyd wanted to stay home and play at Middletown High, but he ended up playing at football power Dematha Catholic and from there was offered a scholarship to play for then-coach Will Muschamp, who was fired.

Lloyd showed a film of Williams to the South Carolina staff and they were shocked he wasn’t recruited by the power conferences. They are thrilled to have Williams play for them.

So even though I can dream of those chants in Delaware Stadium of DE-B0 DE-BO, I’ll have to tune into USC football and maybe hear the fans at Williams-Brice Stadium cheering for this hard-hitting linebacker from my home state.