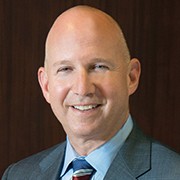 Former Gov. Jack Markell was one of 17 people nominated Wednesday for an ambassadorship or key job by President Joe Biden.

Markell, who served as governor from January 2009 to January 2017, was tapped to be the representative of the United States to the Organization for Economic Cooperation and Development, which is headquartered in Paris. The appointment carries a rank of ambassador.

The Organization for Economic Cooperation and Development, whose members include 37 Democracies, is devoted to helping shape policies that foster prosperity, equality, opportunity and well-being for all, its website says.

“The U.S. mission to the OECD is a critical one, allowing the United States to come together with countries around the world, using policy analysis and economic data to solve our common problems and make our country a better place for all,” Markell said in a statement. “I am honored by President Biden’s trust in me, and if confirmed I look forward to getting to work on behalf of the American people.”

Markell earned a bachelors degree in development studies and economics at Brown University and an M.B.A. at the University of Chicago.

A native of Newark, he and his wife, Carla, have two grown children who are now adults, Molly and Michael.

Markell is also an avid table tennis player and biker, who pushed for the development of Delaware’s growing number of bike trails.

The appointment requires confirmation by the U.S. Senate.

“While serving under Gov. Markell as economic advisor, I learned invaluable lessons about Delaware’s place in the national and world economy,” Meyer said in a statement. “His experience as governor, state treasurer and business leader has uniquely positioned him to lead OECD in promoting American economic interests.”