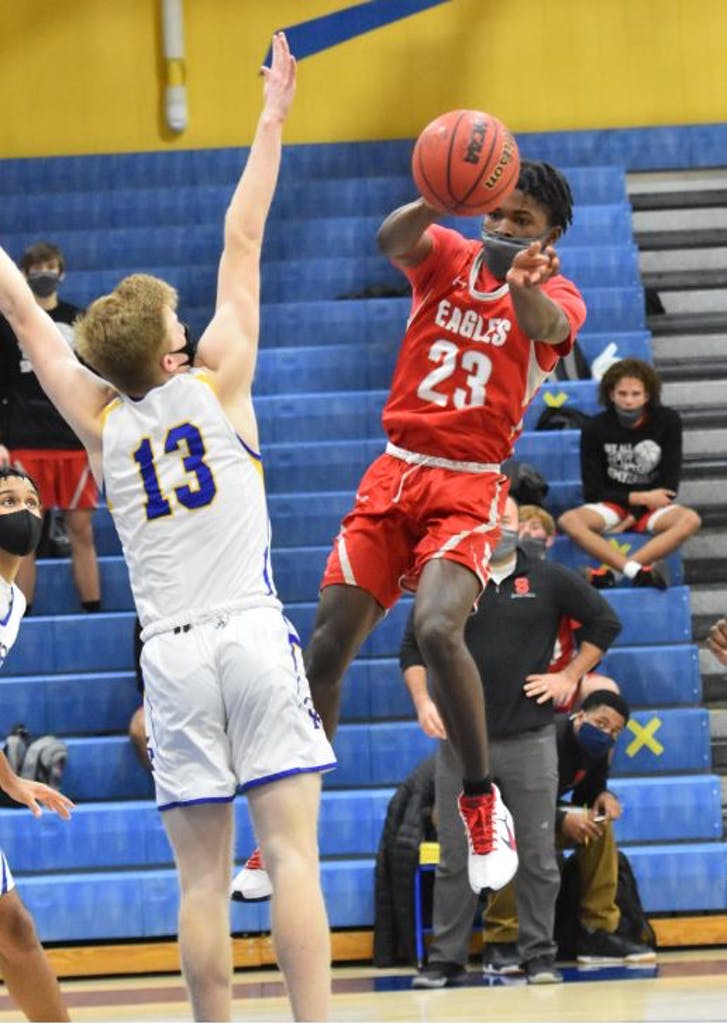 It was the 125th career victory for Head Coach Andrew Mears.

The Eagles led just 11-10 after the opening quarter, but outscored the Senators by 18 in the second and third quarters combined, to cruise to the win.

Dover sophomore Jaheim Harrell paced the Senators with 13 points, Dymear Yelverton had 9 and Caesar Gilbert — the only senior — scored a season-high 6 points.

Smyrna will face Seaford for the Henlopen Conference championship at 4 p.m. Saturday at Dover High School. Seaford won the Henlopen-South with a 10-1 record and have won nine straight games.