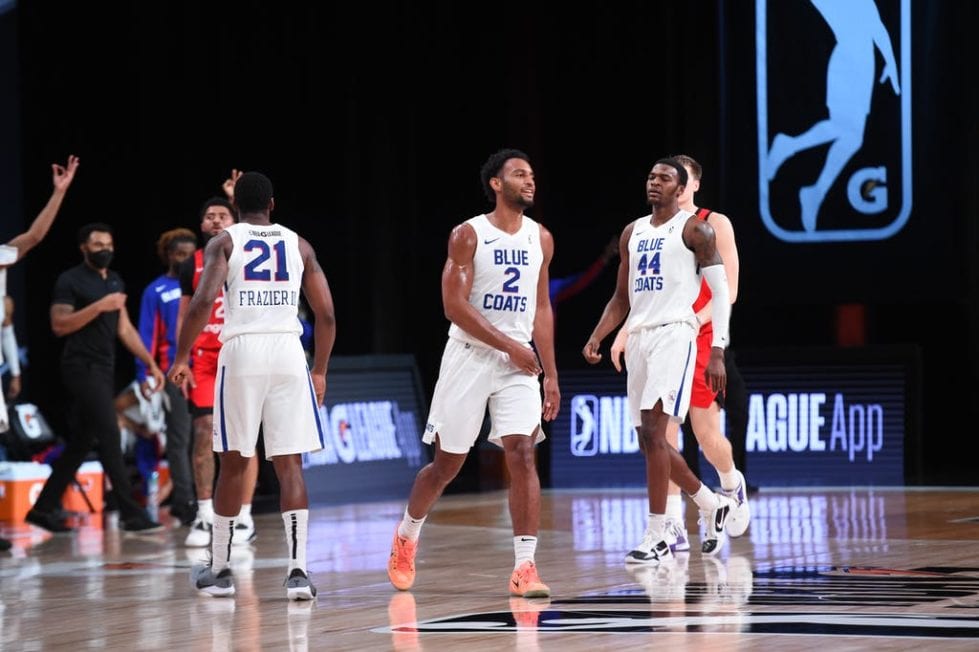 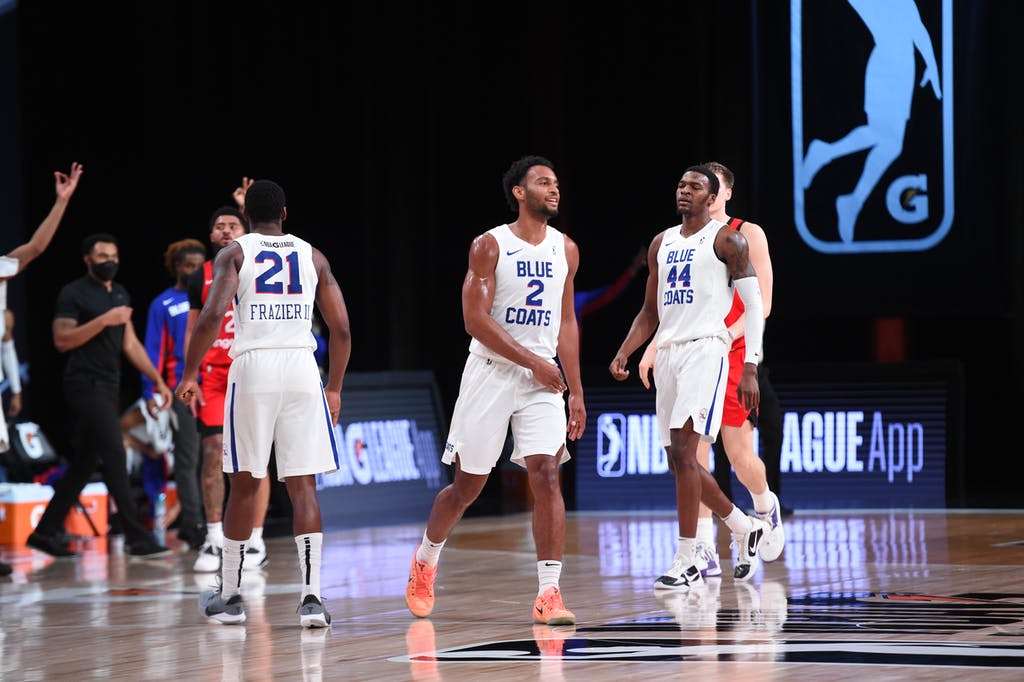 The Delaware Blue Coats’ Paul Reed is going to need a bigger wheelbarrow for all the awards he’s raking in.

First, he was named the G League’s Most Valuable Player and Rookie of the Year Monday. On Tuesday, the league announced he was named to the 2021 All-NBA G League First Team, All-Rookie Team and All-Defensive Team.

Reed has a two-way contract with the 76ers, allowing him to play with both the Philadelphia team and their G League farm team.

“Playing in the G League really helped to boost my confidence and get better,” Reed said following the 76ers morning shootaround Monday. “The awards are just awesome. The hard work that I put in shows me what hard work gets, so I know that I have to keep doing that up here with the Sixers.”

Among qualified players, Reed ranked third in the G League in scoring and rebounding and tied for third in steals. He also recorded a league-high 12 double-doubles.

Reed is the third player in franchise history to make the All-Defensive Team, joining Norvel Pelle (2018-19) and Thanasis Antetokounmpo (2013-14).

Each team was selected by NBA G League head coaches and general managers whose teams participated in single site play at the ESPN Wide World of Sports Complex at Walt Disney World Resort near Orlando, Fla.

Reed was the only player in the league to average at least 20 points and 11 rebounds per game this season, while leading the Blue Coats to the playoffs for the first time in franchise history. Reed led the G League with 12 double-doubles in 15 games and is the first player in Delaware franchise history to earn either MVP or Rookie of the Year honors.

The 58th overall selection in the 2020 NBA Draft by Philadelphia, Reed shot .588 from the field, .444 from three-point range and .789 from the free throw line. He was the only player among the G League’s top 10 in total rebounds with at least 20 three-pointers made (24).

The 6-foot, 8-inch DePaul product started each of the Blue Coats’ 15 regular season games and was the only league player with at least 25 steals (29) and 25 blocks (27) during the regular season. Reed was one of only three players with at least two 30-point games.

On Feb. 27 against the Oklahoma City Blue, Reed posted a rookie career-high 35 points (14-22 FG, 5-10 three-point FGs, 1-1 FT) with seven rebounds, three steals and a game-high five blocked shots. His five three-pointers were a season high. In a Feb. 14 win over the Agua Caliente Clippers, Reed tallied 31 points (13-22 FG) and 12 rebounds before being named the first NBA G League Player of the Week for the 2021 season during the team’s 3-0 start.

In the Blue Coats’ postseason debut, the team went on to defeat the No. 5 Austin Spurs in the opening round before upsetting the No. 1 seed, the Raptors 905, by 27 points to reach the NBA G League Finals and falling to the Lakeland Magic.

“I feel good,” Reed said. “I just want to stay grounded and focused on tomorrow. Just focus on the game and continue to get better every day and continue to improve and hopefully win another one of these awards.”