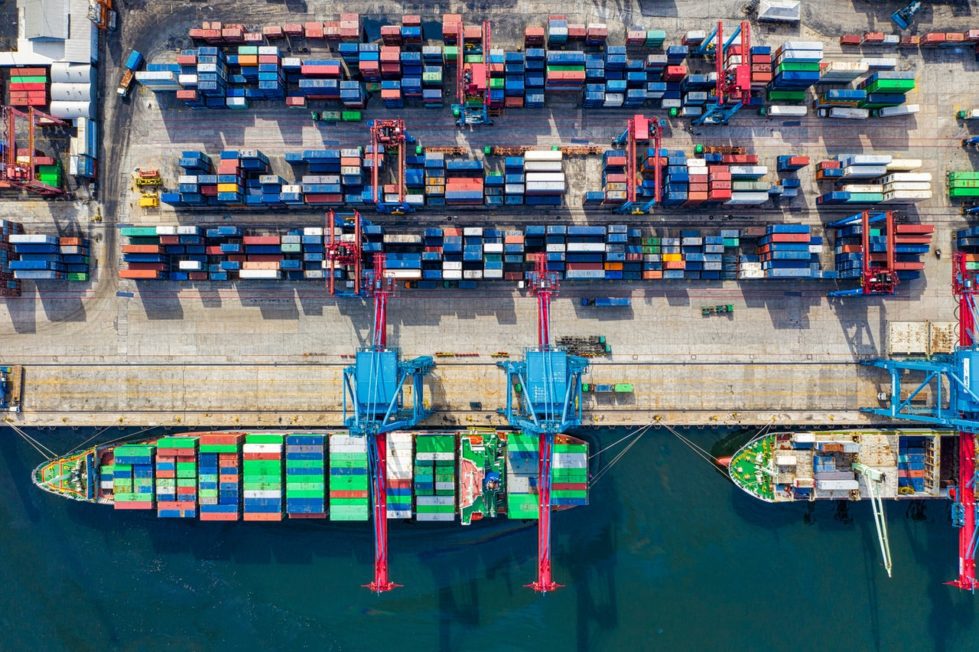 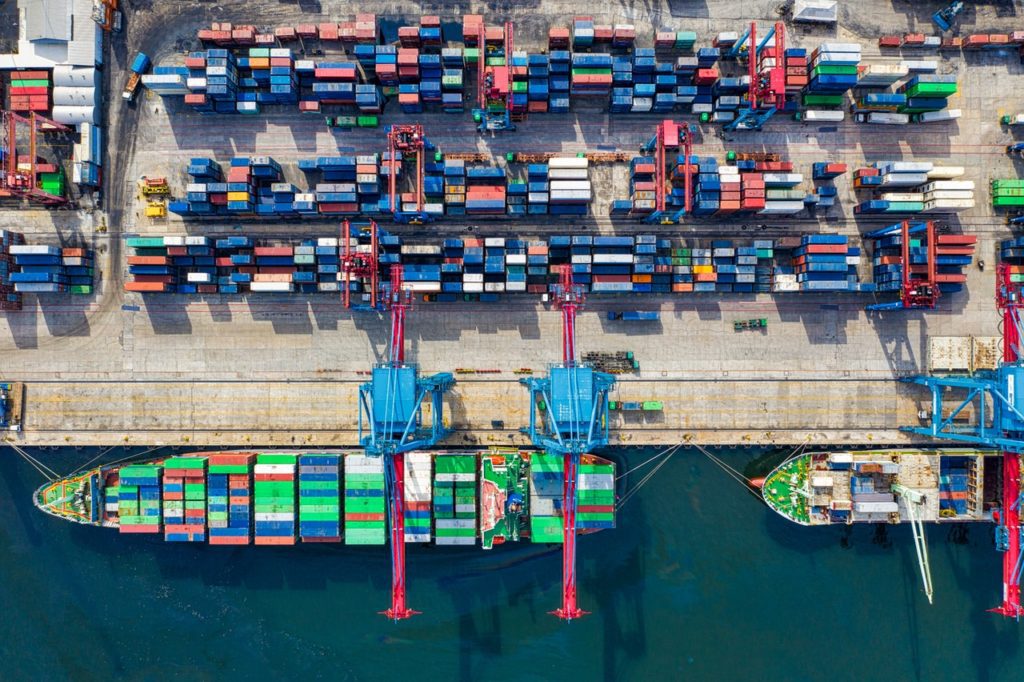 While supply chain issues are affecting a lot of buisnesses, including delaying auto and furniture deliveries, restaurants are suffering the most, many say, Photo by Tom Fisk/Pexels

They include rapid inflation and difficulty sourcing products because those further down the supply chain are having to deal with labor problems and supply chain issues of their own.

The American public has been pounded with images of ships laden with cargo waiting for a chance to dock in the nation’s largest ports. Shortages are predicted for holiday gift-giving and car dealers face massive delivery delays because of shortages of parts needed to build cars.

But it’s restaurants who are suffering the most, say chamber of commerce executives, restaurateurs and an industry expert.

“A lot of our suppliers are seeing labor problems so they can’t produce the products,” Hammer said.

He pointed to a number of items that have seen astronomical price increases in the last year alone:

In addition, Hammer said, adequate labor has been nearly impossible to get, and he’s having to pay everybody a lot more to attract and keep them. That’s partly because of the domino effect of having to pay existing employees more to make wages comparatively fair.

“We have to go through and give everybody a 10 to 15% pay raise because now $14 is the starting wage,” Hammer said. “Everybody has to get pumped up. So you’re seeing these massive wage costs and wholesale food costs and then on top of that, problems sourcing products — if your vendors even have the supply.” 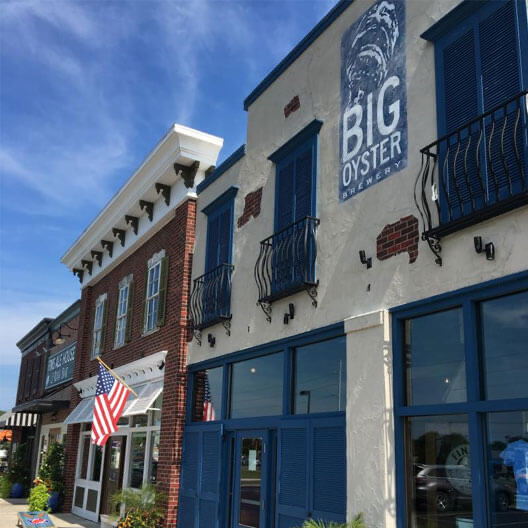 Jeff Hammer says his costs are soaring at restaurants because of higher food, labor costs, while it’s hard to get things like aluminum cans.

The challenges Hammer is facing aren’t unique to his business alone.

Carrie Leishman, president and CEO of the Delaware Restaurant Association, said all restaurants are struggling with hyperinflation. This level of hyperinflation, she said, hasn’t been seen in decades.

“The real challenge for this industry,” she said, “ is how high can they increase prices?”

She heard from numerous restaurants that have pulled items off their menus or started selling them at a loss. One restauranteur told her that if he sold his chicken wings at a price that would satisfy his labor and supply costs, he’d have to charge $36 per order.

“We do expect that the inflationary pressures will continue,” Leishman said. “We don’t see that they’re going to stop for at least the next 12 months, although I don’t know if they’ll continue at such a steep climb as they are right now.”

Leaders of chambers of commerce around the state are saying supply problems and labor shortages are here for the long haul.

Bob Older, president of the Delaware Small Business Chamber, said everyone is being hurt, not just small business owners.

He believes every attempt to mitigate the problems through extended unemployment benefits, stimulus checks and expanded child-tax credits has just made the labor shortage worse.

While the government help is going into bank accounts, it’s also coming right back out because of higher costs, Older said.

The federal government makes a mistake by defining small businesses, Older says, as companies with less than 1,000 to 2,500 employees, depending on the industry.

Those bigger businesses are crafting solutions to supply problems and labor shortages, and that means “true small businesses”  — with 100 employees or less — are often left out of the conversation.

Judy Diogo, president of the Central Delaware Chamber of Commerce said she’s hearing from members of all kinds that they are having trouble keeping what they need in stock.

“They’re placing their orders and they’re just not coming in a timely fashion,” she said. “They’re put on backorder. So it’s certainly having an effect on their business. Whether it’s a retail business or whether it is a restaurant or whether it’s in the service sector, you have to have supplies to maintain customer service.”

Diogo thinks the supply chain issue is a federal one, not a local one.

She pointed out that many restaurants already partner with local suppliers who have less difficulty bringing their providing their products because they come from the next town over, not the other side of the country.

For example, Hammer said his restaurants use local corn, grain and beef. He turns around and gives his brewery’s grain byproducts to a local farmer who feeds it to his cows.

That farmer told Hammer that if it wasn’t for the free grain, he wouldn’t even be in business.

Diogo said she doesn’t have a solution for supply chain problems. That will have to come from people working in the federal government thinking outside of the box, she said.

“You want innovation to come out of this,” he said. “You want change. I don’t think it would be healthy for the government to try to intervene in the supply chain because this is an opportunity for suppliers to innovate.”

Patel said cars and trucks are assembled using so many parts from all over the world, even one delay anywhere in the supply chain can bring new-car production to a standstill.

The computer chips cars use to operate their electronics are responsible for today’s decreased supply, but Patel notes that it could be any number of other components causing delays tomorrow.

“When COVID first hit manufacturers tried to reduce the supply not knowing that it would affect demand,” he said. “So chip manufacturers switched from making car chips to make phone chips and chips for computers because people were staying home and doing work and school from home.”

Even if chip manufacturers returned to pre-pandemic production capacity today, Patel said it would take six to nine months to alleviate the pressure on the car manufacturing supply chain.

But because automobile production is so highly co-dependant, chips are only one of the vulnerabilities manufacturers face.

“You never know which part is going to have a shortage and you can’t produce a car with any of those components missing — it’s not possible.”

Patel said dealerships have had to adapt to the changing trends to remain profitable. New-car buyers have had to make some sacrifices such as color choice and upgrade options because of the decreased supply.

Some customers are opting to wait for supply to rebound while others have had to settle for older models or vehicles that don’t meet all of their demands.

“The dealerships, however, have different revenue streams,” Patel said. “So if people aren’t buying cars, what do you think they’re doing? Fixing cars. So the service business may get busier.”

Customers may still feel the effects there, too, because now more customers are coming in for repairs than before and with less technicians to do more work, services like oil changes can end up taking much longer than before.

There’s no light at the end of the tunnel because there’s so much uncertainty and instability in the supply chain, Patel said.

Hammer said one of the big issues for restaurants is that they don’t want to raise prices and betray the customers and communities that have kept them in business during the last 20 months.

“Our guests and our customers are resilient and unbelievable — and they supported us,” Hammer said. That includes being patient and nicely tipping struggling staff.

“I couldn’t be more appreciative of all my guests and customers because they really kept all of us alive,” he said. “They really kept an industry alive where we could have collapsed. They kept us going.”