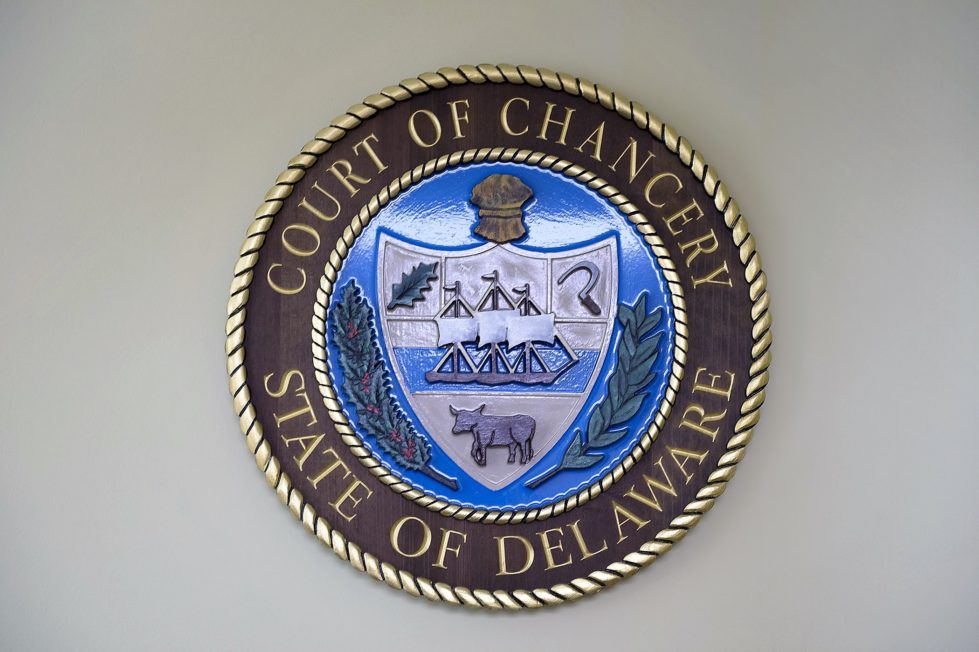 Citizens for a Pro-Business Delaware is spending more than $550,000 on a television advertising campaign in which the Rev. Al Sharpton criticizes the lack of diversity on Delaware courts.
The organization, said to be founded by employees of a company whose owners were angry over their treatment in Delaware’s Chancery Court, comes after organizers of Delaware’s Bench and Bar Judicial Diversity Project declined to meet with Sharpton, who lives in New York, and Pastor Blaine Haskett of Newark.
The new ad campaign, which features only Sharpton, will run over three weeks, and a press release said more will follow from the business organization, founding in 2016.
In the ad, Sharpton says, “We’ve been fighting for years – in the streets, in our communities – to put Black people on Delaware’s courts. But the Chancery Court is still all white. When I talked to President Biden, he told me he would put court diversity front and center on the national stage – and he has. But in Biden’s home state of Delaware, leaders talk about diversity, while nothing actually changes …
“Because in Delaware, who you know still matters more than what you bring to the table. So I’m bringing my message to you, the people: no more talking, we need action. We need diverse courts now.”
Efforts were unsuccessful Monday morning to reach court officials for comment.
The court diversity project was launched early this year as part of government and community reaction to the national conversation on systemic racism and injustice that followed the death of George Floyd. One aspect of that was the low numbers of minorities working in court systems that send large numbers of minorities to prisons.
Delaware Supreme Court Justice Tamika R. Montgomery-Reeves, who is Black and who had been a member of the Chancery Court before being elevated this year to the State Supreme Court, is leading the diversity project with Chief Justice Collins J. Seitz Jr.  She cited the business group’s and Sharpton’s and Hackett’s connection to Transperfect Global as the reason for declining a meeting.
TransPerfect Global, a New York company that provides translations internationally, came before the Delaware Chancery Court when its owners got into an argument.
The Chancery Court ordered Transperfect to be sold, which it was to owner Phil Shawe. Transperfect continues to battle fees charged to it in the proceeding, and the Shawe family and Citizens for a Pro-Business Delaware has spend hundreds of thousands of dollars working against Gov. John Carney’s election and being critical of Delaware courts.
Most recently, Transperfect has objected to the Chancery Court upholding the bulk of $3.9 million in fees that Custodian Robert Pincus’ and Skadden Arps’ charged during the court battle. Those fees must be paid by TransPerfect.
If rulings made by the Chancery Court are appealed, they go to the Delaware Supreme Court.
The Shawe family and Pro-Business group have worked against Carney’s election and been critical of the Chancery Court specifically and Delaware courts in general.
The Sharpton ad will air on broadcast and cable television in Delaware, Philadelphia and Washington D.C., and the business group is spending more than $50,000 for related print, digital and social media advertising, a press release said.
“We’re proud to amplify Rev. Sharpton’s voice as we continue this fight – and it is a fight,” said Chris Coffey, campaign manager for Citizens for a Pro-Business Delaware, in the press release. “We have witnessed thousands of Delaware residents respond to our calls for action and demand real change – but the lack of concrete action from Delaware’s leaders has been disheartening. We won’t stop until Delaware’s leaders heed the calls of the thousands of Delawareans who are demanding diverse courts now.”
The business group’s press releases says it’s made up of more than 5,000 members including employees of Transperfect, concerned Delaware residents, business executives and others.
Sharpton said in the press release, “I’m proud to lend my voice to this crucial fight and activate Delaware residents to demand that their leaders act now to put Black people on the state’s top courts.”