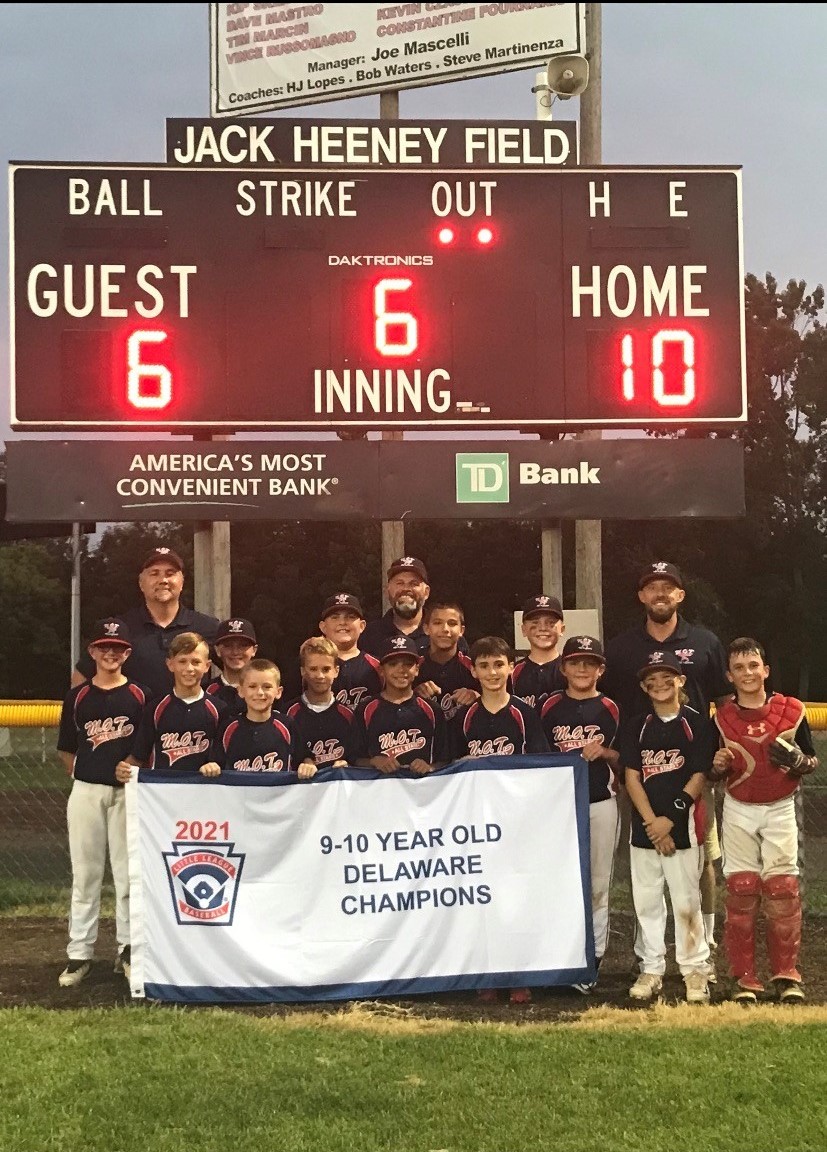 An extremely talented and driven MOT All Star team won the 9-10 Delaware State Championship this past Thursday night defeating Naamans LL 10-6.  MOT went undefeated(7-0) on their way through Districts and States, outscoring their opponents a total of 92-19.  MOT tallied 98 hits along with consistent pitching and solid defense throughout both tournaments.

Thanks Kevin Koerner for the Picture & information.

Sallies weathers strong second half by Caravel to win its first game of season
Twins take first, second place in indoor track; aim to do same in spring
St Elizabeth heads to the championship with win over Caravel