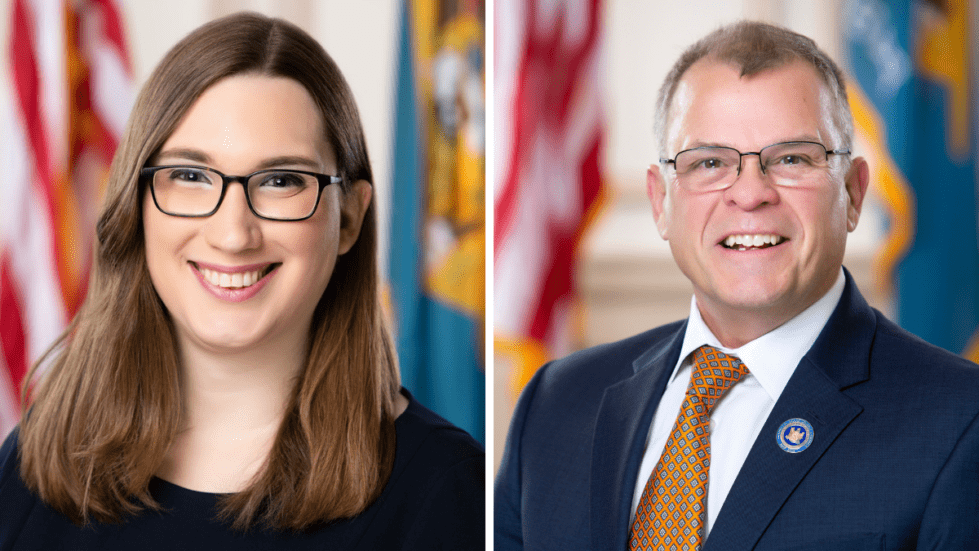 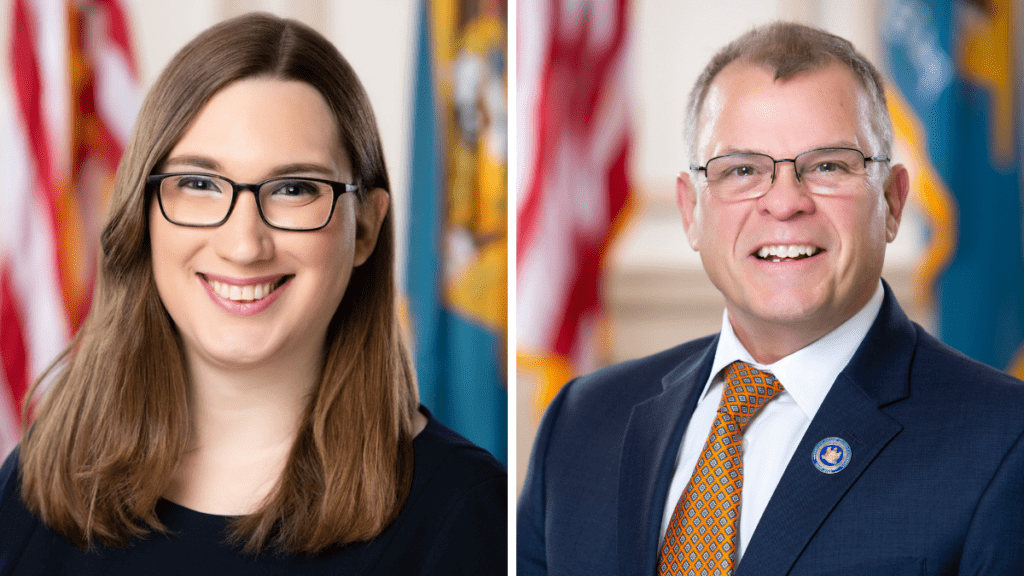 One became the law of the land. The other went up in smoke.

Both involved years of planning, hundreds of meetings, thousands of stakeholder discussions and countless compromises.

The difference? One bill had the support of Gov. John Carney — the other didn’t.

With his signature, the Healthy Delaware Families Act became the 151st General Assembly’s big winner, while his veto once again stranded recreational marijuana in political limbo.

The Healthy Delaware Families Act made Delaware the 11th state in the country to guarantee private-sector workers paid parental, medical and military leave.

The veto killed any reasonable hope of legalizing marijuana or creating a regulated recreational cannabis market before Carney’s term expires in 2025.

And although both chambers passed the marijuana bill with what looked like veto-proof majorities, when the time came to stand up and vote once more for what they had just weeks earlier said they believed in, lawmakers voted against the override.

“A vote for a piece of legislation is one thing — a vote for a governor’s veto override is a different animal,” said Rep. Ed Osienski, D-Newark, who sponsored the effort to legalize marijuana.

Rep. Mike Smith, R-Pike Creek, was the only Republican to vote for both paid leave and marijuana legalization.

He’s confused why he doesn’t have more support from freedom-loving Republicans who often criticize the government for encroaching into citizens’ personal lives.

“That’s always been very frustrating for me, knowing I don’t have the strong bipartisan support for this,” he said. “I can’t really understand why and it’s been troubling. That’s one place I really need to gain some more support to be successful and where I won’t have to wait for a new governor if opinions would change on the other side of the aisle.”

Even without significant Republican support, the marijuana bill (which only required a simple majority) earned a three-fifths vote in the House the first time around — and while the override wasn’t successful, the first vote is enough to clearly indicate the will of the people.

If the will of the people isn’t enough, what is it that makes a bill become law?

It’s not enough to have the vote of a “veto-proof” majority in the legislature, and while a years-long campaign defined by compromise and collaboration may have worked for one bill, the same may not be enough for another.

McBride said that’s not a reflection of the importance of the policy, how much support it has, or the political savvy of the sponsor.

“Some issues are just incredibly challenging, and the dynamics are particularly difficult,” she said.

The bill also guarantees six weeks of leave every two years for workers with severe health conditions, those providing care for a sick family member, or those adjusting to a family member’s military deployment.

Workers will not be able to take more than 12 weeks of paid leave in a year. Benefits are capped at 80% of an employee’s salary or $900 per week, whichever is less.

Companies with 25 employees or more are required to participate in the program, which will be funded through a 0.8% payroll contribution split between the employer and employee.

“One of the things that I was exceptionally proud of is that we were able to pass it with bipartisan support,” McBride said. “Bipartisan policy is often more durable policy.”

She said the bill represents not only the largest expansion of the safety net in modern state history but also a win for workers and employers alike.

McBride sees the law as part of a larger strategy to empower families while attracting workers and businesses to the state, but she also had to be strategic with how she brought the bill forward.

“I think when we talk with one another, when we listen to one another, we have better outcomes,” she said. “I thought that for legislation of that scope and scale, it was important to have a whole-of-Delaware conversation, to engage with folks of different backgrounds and different perspectives.”

She knew that nobody would get everything they wanted, but said people deserve to have their needs, fears, and concerns heard.

“This was an important opportunity for us to validate that type of approach,” McBride said. “It was important for us to say, ‘Yes, if you engage, if you compromise, if you listen, if you work together, you’re able to meet a person from the other side of the aisle and walk forward together.’”

Even those who continue to oppose the new law say McBride’s outreach was unprecedented.

“Instead of bulldozing her way through, she did what every legislator should do, and that is listen to both sides and come up with something that is going to be a little bit more fair,” said Bob Older, president of the Delaware Small Business Chamber. “I’m still not in favor of the bill itself.”

McBride said she hopes policymakers at other levels of government, whether federal or in other states, look at the approach she used and see that collaboration is beneficial not only for the people lawmakers serve but also for the policies themselves.

But negotiation and collaboration, as evidenced by the multiple failed attempts at marijuana legalization, are not always enough.

Osienski said the result could be catastrophic for otherwise law-abiding users of marijuana.

“I just turned 64, so I went through high school in the 70s,” he said. “I’ve always kind of been around marijuana and I’ve seen so many of my friends that have used it and become very successful, outstanding citizens who have raised good families.”

He said it doesn’t make sense that some people — often people who look like him — have been able to prosper despite their former or current marijuana use, while others suffered and continue to suffer under cannabis prohibition.

“We have seen where there are some folks who haven’t been quite as lucky and it’s destroyed countless opportunities for them — whether it’s job opportunities or education opportunities.”

Without his bill to legalize up to an ounce of marijuana, Osienski fears that some people, especially in marginalized communities, will continue to have opportunities taken from them.

“Unfortunately, some unlucky individuals may get pulled over, may have their vehicles searched, and may get charged,” he said.

Other, more fortunate users of marijuana, will simply drive across the bridge or take the ferry to New Jersey, he said, and contribute to their already-massive cannabis tax revenues.

“It generally takes a year or two to get a regulated market up and running,” Osienski said. “If we continue to drag our feet on the issue, other surrounding states will be taking advantage of our delay.”

When he vetoed the bill, Carney said he supports medical marijuana but does not believe promoting or expanding the use of recreational marijuana is in the best interest of the state.

A separate bill to create a regulated market for the cultivation and sale of recreational marijuana never made it to Carney. The bill, which required a ⅗ majority or 26 votes in the House, failed by two.

“Rep. Osienski has done an exceptional job pushing that bill forward and if not for opposition in some critical places, I think that legislation would be the law of the land in Delaware,” she said.

“None of us should stop fighting for this policy. It’s the right policy, it’s supported by an overwhelming majority of Delawareans, it’s a smart policy, and it’s inevitable in Delaware — it’s just a matter of when.”

Osienski doesn’t plan to give up.

“I’m leaving all options open,” he said. “A lot depends on what develops out of this election cycle and I will continue to have conversations with my colleagues to see what it will take to get broader support.”

Osienski thinks he could also have better luck if the federal government decriminalizes marijuana and loosens regulations on the banking industry.

“Looking back on the last two years, I’m actually more hopeful finishing my first term than I was when I was sworn in,” she said. “Seeing what we’ve been able to do — seeing the progress that many observers thought would be impossible in this General Assembly — has left me incredibly hopeful, motivated, and ready to continue to work alongside my colleagues come January, should I be re-elected.”

And she will. McBride is running unopposed in both the primary and general elections.

She called the most recent legislative session one of the most — if not the most — productive General Assemblies in modern state history.

Critics would likely argue it was the most productive session for progressive causes, a result of the wide majority held by Democrats in the House and Senate.

In her first campaign for Senate, McBride said she ran as the “paid leave candidate.”

With paid leave crossed off her bucket list, she’s now running as the affordable healthcare candidate, among other things, she said, particularly when it comes to bringing down out-of-pocket expenses and reducing barriers to access.

Her highest priority, she said, will be “making sure that in Delaware, patients can get the care they need without breaking the bank.”