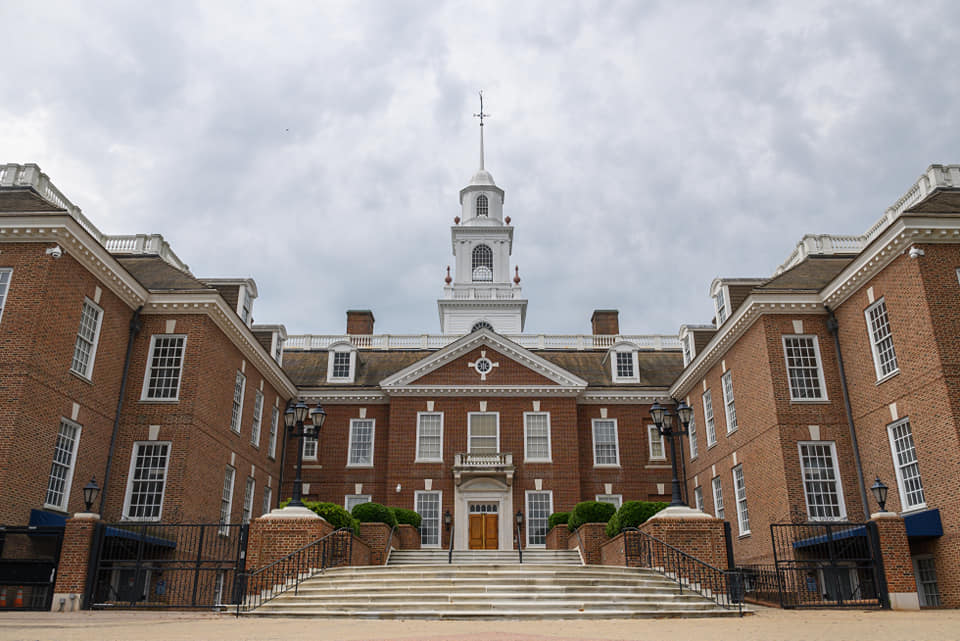 An ethics complaint against a Wilmington state representative likely will be the topic of discussion at a House Ethics Committee meeting Friday, and a watchdog group says the secretive government meeting should be public.

Rep. Gerald Brady, D-Wilmington, was discovered in July to have sent an email to an out-of-state advocate in which he referred to women of Asian descent using a racial slur.

After two Chinese-American groups sent an email to state officials calling on Brady to step down, Rep. Madinah Wilson-Anton, D-Newark, replied to the email saying she stood with them and was filing an official ethics complaint.

Because of rules surrounding Ethics Committee proceedings, the process has been shrouded in secrecy.

Legislative members and their staffs are barred from discussing the committee’s proceedings publicly or even acknowledging that Brady is at the center of an investigation.

A letter from John Flaherty of the Delaware Coalition for Open Government said the Ethics Committee is failing to meet transparency and accountability standards by holding the meeting behind closed doors.

“This closed door meeting will prevent our citizens from observing and monitoring the decisions made at this meeting,” Flaherty wrote. “In addition to being closed to the public, there is no specific issue on the agenda other than listing ‘executive business before the committee’.”

“It is unacceptable when an elected official makes racist or misogynistic comments,” she said. “Common Cause Delaware applauds the House for deciding to conduct an ethics inquiry in the case of Rep. Brady. Although there may be instances where confidentiality is appropriate, in this case, the statements are publicly available, and we believe that the hearings should be open to the public, as well.”

The law’s declaration of policy states, “It is vital in a democratic society that public business be performed in an open and public manner so that our citizens shall have the opportunity to observe the performance of public officials and to monitor the decisions that are made by such officials in formulating and executing public policy.”

Flaherty said while he believes that the Ethics Committee is within their legal rights to keep their proceedings secret, it is “certainly not in accordance with the spirit of open government.”

This is no different from how Ethics Committee meetings have been held in the past, according to Drew Volturo, deputy chief of staff for communications with the House Majority Caucus.

“Generally, the ethics committees in the General Assembly are not subject to FOIA,” Volturo said.

Additionally, the committee’s proceedings are governed under House Resolution 4, unanimously passed by the House of Representatives in January.

The resolution states that “unless otherwise authorized by the Committee, no information received by the Committee respecting any alleged violation by a member of the House of Representatives of any Rule of Legislative Conduct shall be disclosed to the public before the transmittal.”

Volturo said that these rules have been approved at the beginning of every General Assembly for more than a decade.

“The committee has been and will carefully follow those approved rules as it conducts its business,” he said.

Former Rep. John Atkins, a Republican in the House of Representatives from 2003 until 2007, faced an ethics investigation after being arrested for drunk driving and  displaying his legislative identification card. He then went  home, where he was arrested for a second time after allegedly assaulting his wife.

The House Ethics Committee found sufficient evidence to begin expulsion hearings, and Atkins resigned. Then he switched parties and defeated his successor in 2008, serving as a Democrat in the House of Representatives until 2013.

Former Rep. Brad Bennett, a Democrat, was arrested for driving under the influence in 2012, but the House Ethics Committee dropped its investigation after Bennett resigned.

Bennett’s wife, current Rep. Andrea Bennett, D-Dover, was arrested in December of 2020 and charged with third-degree assault after a domestic dispute. The House Ethics Committee took no action and the charges were eventually dropped at the victim’s request.