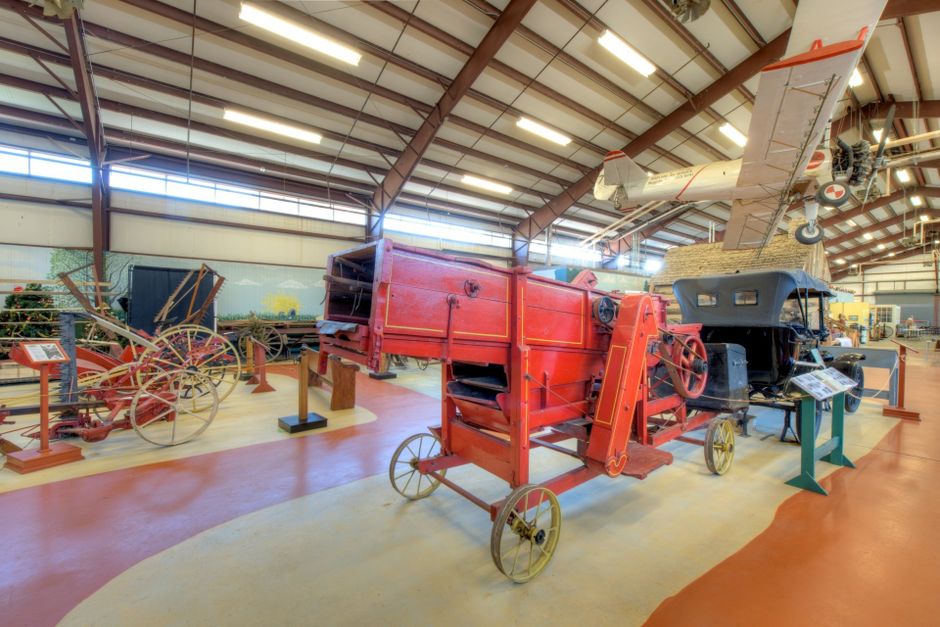 The Delaware Agricultural Museum and Village in Dover is set to undergo major improvements after receiving a $1.6 million grant from the state’s bond bill.

The museum plans to use the grant to complete much-needed infrastructural improvements, including electrical and energy-efficient lighting upgrades to the museum’s main building, all with the goal of enhancing the visitor experience, according to executive director Carolyn Claypoole.

With the funds, the museum hopes to create a “model, multi-use facility with programs that promote Delaware agriculture.”

The 2022 bond bill included $70 million for one-time allocations that legislators earmark for nonprofits, schools, and community agencies in their districts. The bond bill set a record with $1.3 billion in projects, in part propped up by a budget surplus of over $1 billion.

The museum opened its doors in 1980. In its more than 40 years of operation, it has developed exhibits and programs aimed at educating visitors about Delaware’s largest industry.

Claypoole said the facility may upgrade the lobby and gift shop area if it has money left after completing the essential projects.

“We are elated at the news that we received $1.6 million in bond bill funding,” Claypoole said. “Our main building is now approximately 43 years old and has been in dire need of upgrades for many years.”

Work is set to begin in September and, if all goes according to plan, should be complete by mid-winter 2022, she said.

In order to maintain minimal disruption to visitors, most of the work will take place at night and on Sundays, Mondays and Tuesdays, when the museum is not open to the public.

The museum attracts about 9,000 visitors per year, including those who come for special events.

Claypoole said the museum’s size allowed it to resume operation after the brunt of the COVID pandemic was over.

“Because we have a 38,000-square-foot facility we were able to welcome people here safely for a series of our annual events as well as some new events that we have planned,” Claypoole said.

Loockerman Landing is the unofficial name for the five-acre 1890s village located on the museum’s campus.

The vintage train station at the Delaware Agriculture Museum.

The entryway to the Delaware Agriculture Museum

The village features historic buildings that were brought to the museum from across the state. The oldest building dates back to 1825 while the most recent building dates to 1900.

The historic buildings benefitted from renovations last year made possible by a $150,000 grant from the Crystal Trust, which allocates grants to nonprofits focused on education, social and family services, and programs for seniors, the disadvantaged and the homeless.

The museum plans to launch a living history program at Loockerman Landing which will have re-enactors providing visitors with a first person look at life in rural Delaware in the 19th century.

“We are working on many new ways to enhance the visitor experience at our museum,” said Claypoole. “The Agricultural Museum is beloved by all who come here and we’re just working on new ways to share the museum and to grow the museum to broaden our reach within the state and the region and now around the country through virtual field trips.”

The museum’s grant was requested by Sen. Colin Bonini, R-Frederica. Bonini serves on the Capital Improvements Committee, which allocates the community redevelopment grants.

“The Agricultural Museum is a true Delaware treasure and a significant educational and economic asset for Kent County,” Bonini said. “Thousands of Delaware school children visit the museum and it is a hub for Delaware’s important agricultural legacy.”

The museum and village are located at 866 N Dupont Highway in Dover. It’s open Wednesday through Saturday from 10 a.m. to 3 p.m. Admission costs $5 for visitors ages 18 and up, $3 for visitors between the ages of 6 and 17. Visitors 5 and under are free. For more, go here.