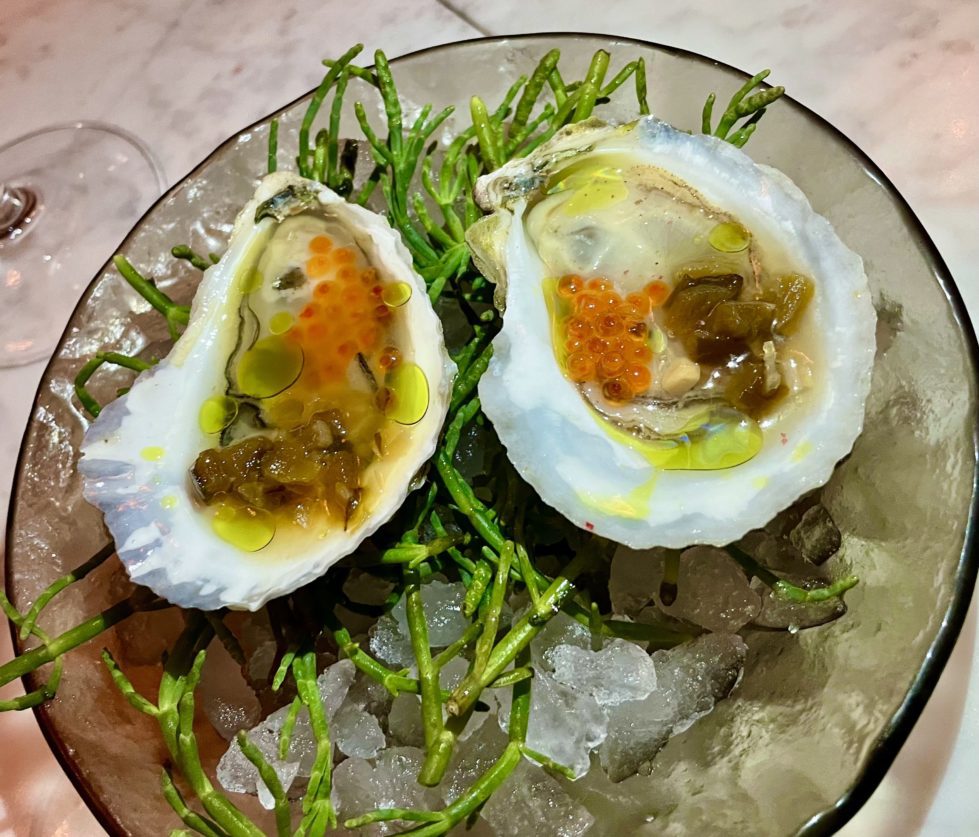 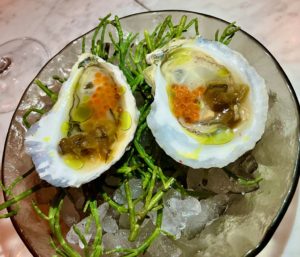 In the late 19th century, Methodists traveled to Rehoboth Beach to renew their spirit beside the sea.

These “campers” stayed in rudimentary wood houses known as tents. However, they spent most of their time listening to the Rev. Robert W. Todd’s sermons in the tabernacle.

Things have changed. Zealous foodies have replaced the faithful, and the modern getaway to Rehoboth has as much to do with the restaurants as it does the beach.

It’s fitting then that one of the town’s newest eateries is a renovated camp meeting cottage on Baltimore Avenue.

Drift opened on Aug. 10, and the establishment has quickly demonstrated that it will be a culinary anchor on Baltimore Avenue — which is saying something. The street has no shortage of well-known restaurants, including Blue Moon, Eden, The Pines and DiFebo’s.

The new eatery manages to pay tribute to the upscale cuisine that made Rehoboth a gem on the Culinary Coast. But it also has the relaxed sensibility that modern diners demand.

Drift is the first effort of the newly formed Second Block Hospitality Group. Up next is Square One Grill’s space on First Street.

The team includes David Gonce, Bob Suppies and Tyler Townsend — owners of The Pines and Aqua Bar & Grill down the street — and Lion Gardner, previously an owner of Blue Moon and an opening chef at Eden.

Gardner, however, is not in the kitchen.

That job belongs to Tom Wiswell, who has worked at Harbour and the Station on Kings in Lewes and the critically acclaimed Vernick Food & Drink in Philadelphia. Ad at well-known mixologist Alan Watterson is behind the bar.

The team has talent, but they also needed patience. The old cottage, the former home of the Seafood Shack, sat on the sand and required a block foundation. The infrastructure was in poor shape. Newspapers from the 1930s served as insulation, and there was a mishmash of additions.

Shipping issues kept Drift stuck in the dock for months, and there were permit-approval delays. But by August, it all came together.

The outline of the old tent cottage remains, but the structure has undoubtedly been updated.

There is now a breakfast bar-like opening in the front, allowing patrons to sit outside, backs to the sidewalk, and peer into the main bar. They can have a drink or select from the full menu.

There is also an outdoor dining area in the back.

Inside, a center aisle divides the dining room that is slender but still thoughtfully designed with the help of Rebecca Fluharty.

Wallpaper with a metallic sheen sports silvery whales and turtle-riding fish on one side, while the other sports built-in shelves that hold old books, lush plants, statues, an hourglass and other charity shop finds.

Although the white marble and wood tables have no tablecloths, there’s still a sense of warmth thanks to plump pillows, tufted-back booths, seat cushions and wainscoting.

“The otters are kind of our spirit animal: Gardner explained. “Legend has it that humans first learned about oysters from watching otters crack them open and slurp them down while floating around on their backs. I supposed we might have figured it out anyway, but we thought it was a cool connection, so we made the otter our mascot.”

Like the décor, the menu blends the refined with the approachable. Indeed, Drift is no ordinary oyster house; the raw bar is an emphasis but not the sole focus.

Instead, the food is elegant with a discernable connection to classic techniques.

The black bass ($36), for instance, is served with a glistening sauce américaine poured tableside. You can taste the buttery richness of the lobster stock as it pools on your palate.

Instead of simple oysters on the half shell, try “dressed white stones” ($5 each) — Virginia oysters topped with yuzu mignonette, shiso oil and a salty pop of trout roe.

Shiso oil also created the decorative swirls around our tuna tartare ($22), made with Maine bluefin tuna, a scoop of avocado and a dusting of nori furikake rice seasoning.

I’d like more vegetable options on the menu because the kitchen is so clearly devoted to using fresh ingredients.

In general, expect the unexpected in this seafood restaurant.

For instance, Maine Lobster French toast ($24) — made with house brioche — is served with braised leeks and tarragon. Swordfish schnitzel ($36) gets a briny punch from preserved lemon and capers.

It all goes well with the cocktail list that patrons seem to favor. The percussive sound of cocktail shakers was steady at the bar.

Ask for rocks on the side, and the glass comes with tiny tongs.

This attention to detail — from the ingredients to the presentation to the ambiance — shows that Drift is managed by professionals who learned from innovators who turned Rehoboth into a culinary destination.

For those of us who miss those highly experimental days, Drift is a welcome port of call.