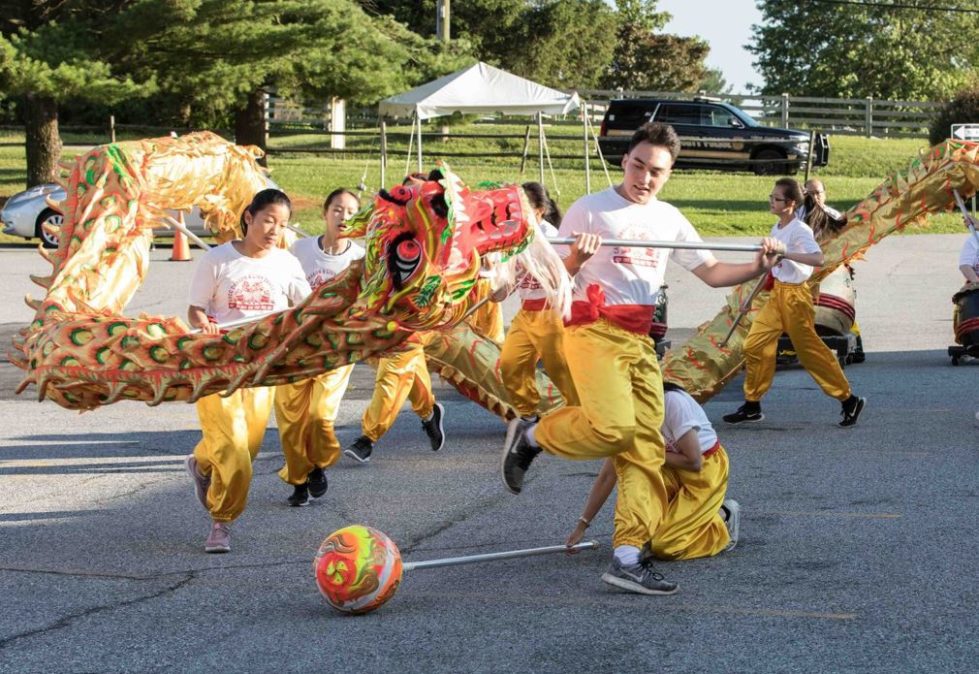 The Chinese Festival returns Saturday, with food and events outside.

The Chinese American Community Center’s festival returns this weekend, but moves out of the building to sell traditional food, offer tea tastings and provide demonstrations.

“We still have all the elements,” said Naxin Cai, chairman of the center. “We just moved them outside.”

The center had been forced to cancel last year’s event because of the COVID-19 lockdown. Most of the Chinese Festival’s pre-pandemic events took place inside. This year’s version will take place in tents, booths and in the parking lot. Instead of a three-day affair, it will be limited to Saturday and Sunday.

The tea booth will offer tastings of different Chinese teas. The festival always highlights a part of Chinese culture and this year will exhibit a collection of traditional tea pots and utensils.

One booth will focus on children’s activities,  including making origami animals from paper, allowing kids to try Chinese calligraphy and teaching yo-yo.

The festival will also have its first outdoor movie. On Saturday night, patrons are invited to bring chairs and watch “Ne Zha,” an animated film that tells the story of a child who is born with a curse on him. It was the first Chinese film to be created for Imax theaters.

Festival admission has always been free, but this year parking will be, too. Because the parking lot will be used for events, patrons may park in a field next to the center, said Cai.

About 4,000 people have attended previous festivals over those three-days weekends, he said.

Organizers are unsure what to expect this year, he said. The planners went ahead because the pandemic appeared to be easing, but now cases are rising again, he pointed out.

In addition to the dances, ping-pong and yo-yo demonstrations, the festival will continue its karaoke area, which was started a few years ago. The center invested in microphone covers that can be changed after each use.

It requires about 300 volunteers. Most will serve outside this year, with only kitchen staff and financial people inside.

A wide menu will be served under a tent in the parking lot of the Chinese American Community Center in Hockessin.

Cai said the kitchen staff may not cook as much as it normally does, but will include the Chinese version of popcorn chicken ($6) and a popcorn chicken platter with rice, vegetables and a spring roll ($10).

So is the festival’s bubble tea, he said.

The festival returns as the community center is involved with efforts to get Rep. Gerald Brady, D-Wilmington, to resign after he was caught using a racist slur about women of Asian descent.

The community center and Delaware Chinese American Association and Chinese American Community Center on Monday called for his resignation in an email sent to Gov. John Carney and members of the General Assembly.

Brady had sent a message from his state email June 27 in response to a plea from an out-of-state advocate to consider decriminalizing prostitution that references “chink broads.” He accidentally sent it to the advocate.