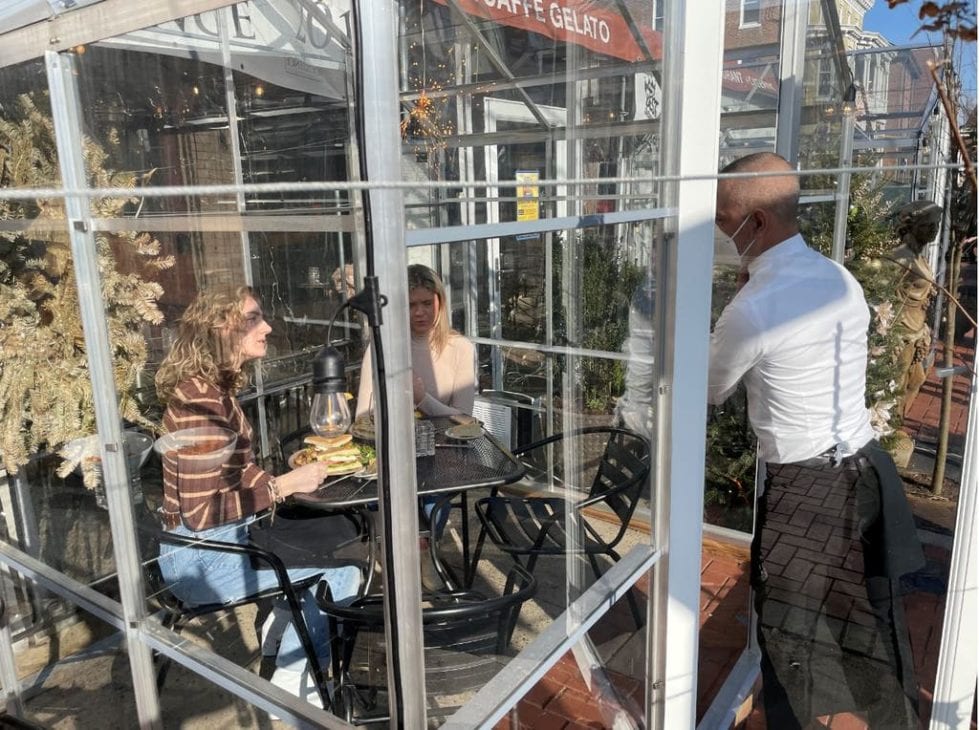 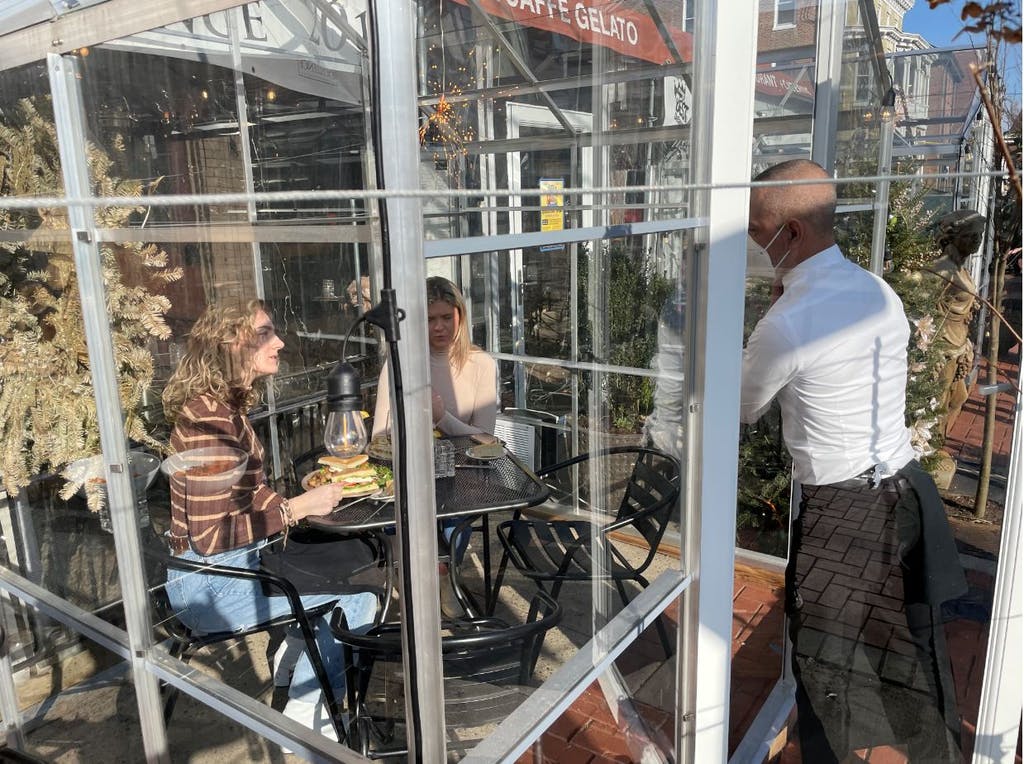 Caffe Gelato’s greenhouse dining rooms have proven to be popular as diners wait for warmer weather.

Dining in the middle of Newark’s Main Street will return in March.

Newark City Manager Tom Coleman said during Monday’s town council meeting that there’s an increased interest from retail and dining businesses in the return of the Main Street Alfresco evenings that allow restaurants to put tables and chairs in the street and serve patrons there. Retail shops could move wares onto the sidewalks.

The events will start March 24, the Wednesday following St. Patrick’s Day. Alfresco nights will be held twice a month after March and continue until COVID-19 restrictions are lifted from restaurants and other businesses.

The decision to bring back the outdoor dining, which ended with cold weather in late fall, was made by Coleman partly to help businesses make money.

Restaurants now are limited to takeout, outdoor dining where possible and only 30 percent of their indoor capacity. State public health officials still want people to stay home as much as possible while vaccinations are underway, partly because of several more infectious strains of the coronavirus which are circulated in other states.

“We’re pleased that Alfresco nights will officially kick off in March, but we’re still hoping to get it every week.” said Ryan German, owner of Caffé Gelato. “When we ended in November, it was every week.”

The Alfresco nights involve shutting down Main Street and bringing tables and merchandise outside. Last year, few retail stores participated, but Coleman said he thinks more retailers will be involved this year.

In addition to having people on their way to being vaccinated, meaning they can eat out with more confidence, the University of Delaware plans to bring about 4,000 students to campus dorms in February, three times that came in the fall. That will mean more sales for Newark businesses, but could also bring negative effects.

As happened across the country in the fall, UD saw a surge in COVID-19 cases towards the beginning of the semester. The infections were blamed on gatherings that the school had no control over. With aggressive testing and quarantining, the rise of the cases slowed.

“We’re going to face a little more of a challenge with the students this time,” Coleman said. “What we don’t want happening is people walking in large groups.”

Law enforcement officers will be deployed during these events to remind people to wear masks and socially distance.

The state now requires people who are dining to wear their masks when they are not eating or drinking, when they are walking around the restaurant and when a server approaches their table.

“Everything is a concern with COVID,” German said, “but having UD students and Newark residents in safe, clean and controlled settings is much safer than them eating at private gatherings in their homes.”

With Alfresco nights starting in March, it’s possible early events will still be cold, Coleman said. He said that the city is willing to help any business safely set up their outdoor heating units for the events. Many Newark restaurants have been using outdoor heating since early fall.

“In fall if it was below 45 degrees outside, the Alfresco night would be canceled,” Coleman said. “This year we plan to do something similar to that.”

German said rain will also be a factor.

“In the spring there’s more rain in Delaware than other times of the year, and you just don’t know when it’s going to rain,” said German. “If you have Alfresco the first and third weeks of every month, it could get cancelled for the whole month.”