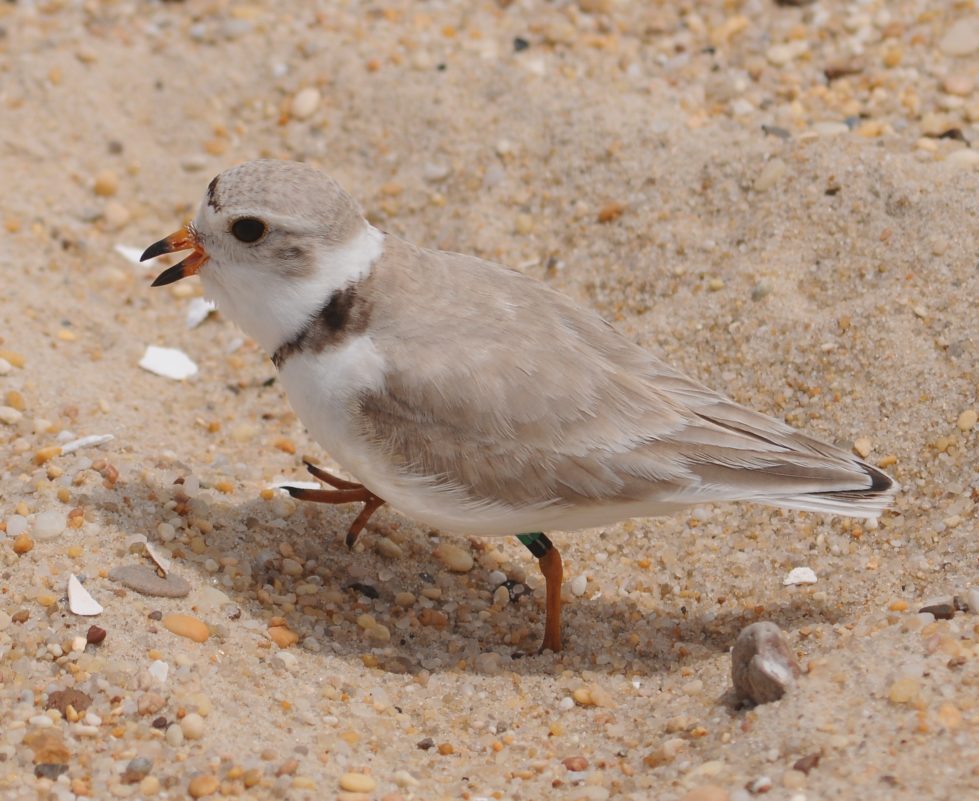 Piping plovers had a difficult mating season in Delaware. Photo by Kevin Bronson/DNREC

How many baby plovers did piping plovers produce when they were piping on Delaware beaches in 2020?

Answer: Not enough, says the Delaware Department of Natural Resources and Environmental Control.

Six pairs of the feathered creatures were recorded nesting at Cape Henlopen and 18 more were observed at Fowler Beach.

Nevertheless, only 19 fledglings — young birds that hatch and fly from their nests — were observed at the end of the breeding season.

According to DNREC, the sand-colored shorebirds did everything they could this year to produce their progeny plovers but many of their nests were no match for a powerful Memorial Day storm and higher-than-average predation at Fowler Beach.

Record piping plover productivity was documented in Delaware over the previous three years for the federally-listed threatened species and Delaware state-listed endangered species.

The U.S. Fish and Wildlife Service established a goal of 1.5 fledglings per breeding pair in 1996 as part of the piping plover recovery plan, with Delaware’s nesting productivity exceeding that goal from 2018 to 2020.

This year, the DNREC Division of Fish and Wildlife recorded 19 fledglings, for a productivity rate of 0.8 fledglings per breeding pair.

In 2020, 21 breeding pairs were documented, producing 47 fledglings for a productivity rate of 2.2 fledglings per pair.

A pair of American oystercatchers were observed using the marsh islands of Delaware Seashore State Park and were seen with two chicks that appear to have successfully fledged.

Least tern counts were lower than in recent years, with only four breeding pairs and four nests found at Cape Henlopen State Park, where only two chicks hatched and neither of them fledged.