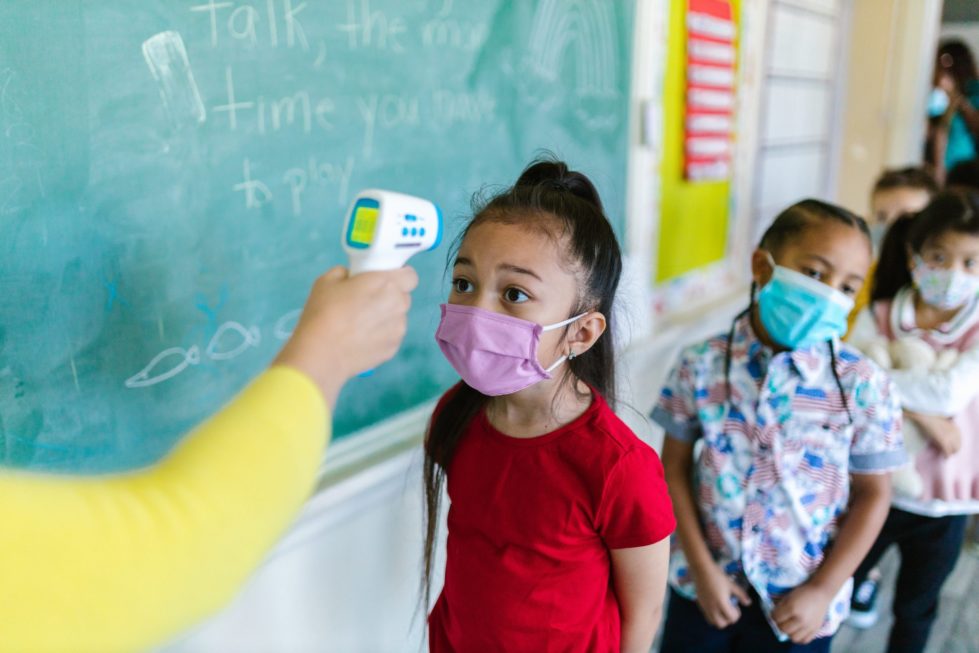 Some interpreted a DOE regulation to mean masks would be permanently required in schools. Photo by Rodnae Productions on Pexels.

A regulation that many interpreted to mean Delaware schools would indefinitely require mask-wearing is on hold — for now.

A proposed amendment to Delaware Administrative Code 815 — the rule schools follow for health examinations and screenings — would have added a section titled “COVID-19 Mitigation and Prevention.”

That section says all K-12 schools must require masks by all students, faculty, staff and visitors inside school buildings, regardless of vaccination status.

The proposal does not include an end date or conditions for termination of the regulation, meaning another regulation would have to go through the public review process under the Administrative Procedures Act to undo the changes, should the government decide the school mask mandate is no longer necessary.

That process is statutorily required to take 30 days at a minimum but could take up to 100 days.

The proposal outlines exceptions to the proposed rule, including exemptions for students with medical conditions or disabilities that prevent them from wearing masks, and when staff, students and visitors are eating, sleeping, engaged in activities that prevent mask-wearing, like swimming, or when they are outside of the building.

Now that the public comment period has ended, Secretary of Education Susan Bunting — whose departure from the job was announced in mid-October — could choose to act on the proposal.

But according to Delaware Department of Education spokesperson Alison May, the department is “holding the regulations and [will] make a determination the future.”

Asked if the department plans to make substantive changes to the regulation, May said “We’re not finalizing it, so when we finalize it, that’s when we would make any kind of changes. So right now we’re just holding it.”

“It’s permanent until it’s changed again,” Hague said. “So once it goes into effect, until they change it in some manner, you have to wear masks if that’s what they adopt.”

If the Department of Education does not take action on the regulation within one year, it will go away, according to Hague.

Alternatively, the secretary of education — Mark Holodick has been nominated by the governor for the job — could change the language. If the changes are non-substantive, it can be sent in as a final regulation. Non-substantive changes could include a notation on the regulation clarifying the end date for the mask mandate. The end date or conditions for termination could also be put in the order’s summary.

It’s not clear if those options would hold up, Hague said, because they don’t appear anywhere in the regulation itself.

In order to change the actual language in a substantive way, the regulation would have to be resubmitted.

In the meantime, the governor’s existing emergency order is still in effect.

“There’s already one in effect,” Hague said. “The governor issued it, it’s in effect 120 days, it can be extended for another 60 for total 180 days. There’s nothing that I’m aware of that keeps the governor or the secretary of education, which is where it would come from, from issuing another emergency regulation.”

The Delaware Senate Republican Caucus emphasized in a social media post that it does not support the regulation as originally written.

“After further correspondence with the Department of Education and other relevant stakeholders, it’s quite obvious Regulation 815, as currently written, would indeed make face coverings permanent, even though it is listed under a new section titled COVID-19 Mitigation and Prevention,” the caucus wrote on its Facebook page. “We have been told that clarifying language will be added to make it so this is not the case, but as of this writing, that language has not been inserted into the proposal.”