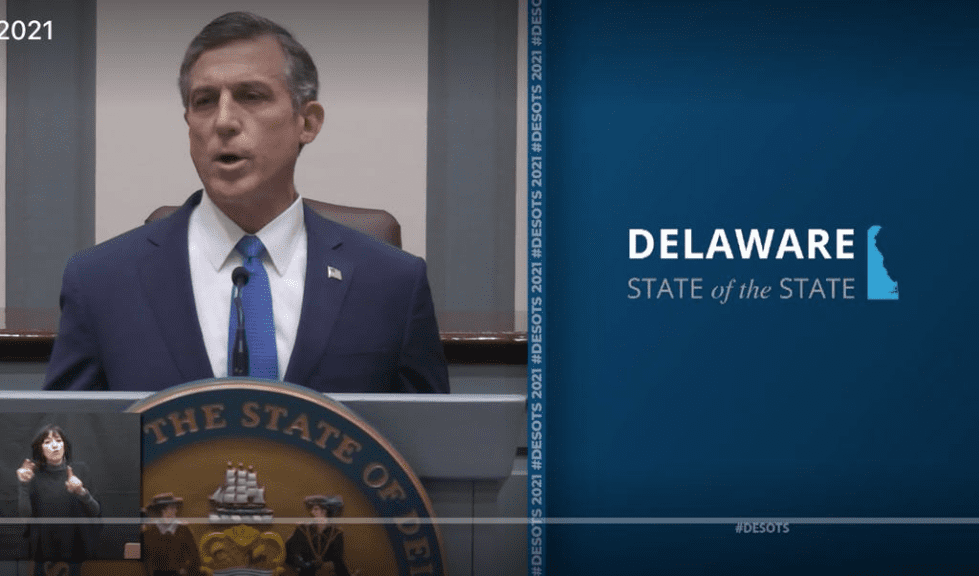 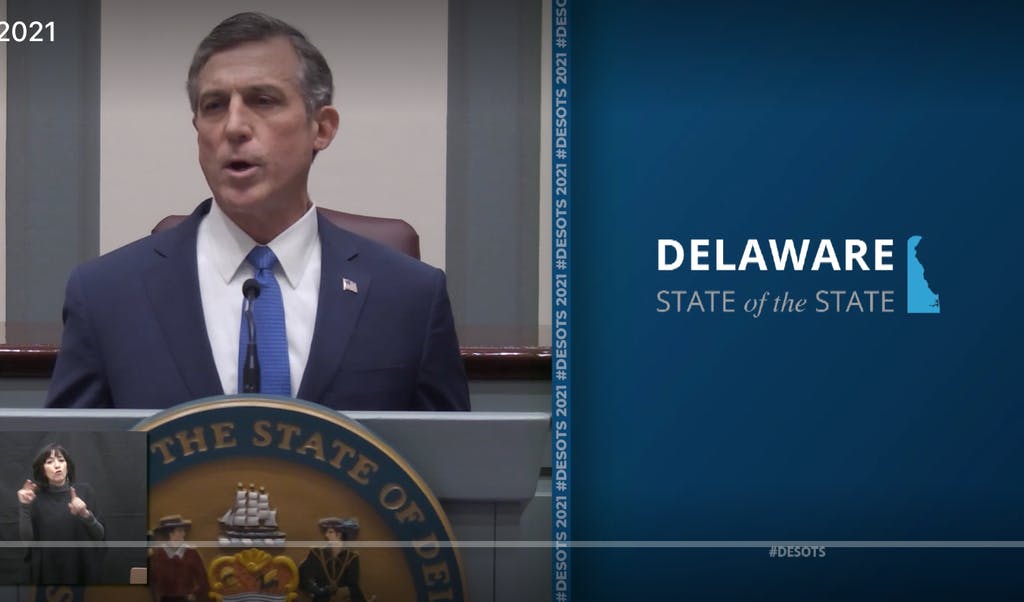 Gov. John Carney’s State of the State address Tuesday praised Delawareans for coping with COVID-19 and included promises to follow through on promises he’s made about education, environment and election issues.

What he didn’t say was how he’s going to pay for any of it.

In a generally upbeat 25-minute talk that was broadcast virtually from a nearly empty state Senate Chambers, Carney called the Delaware resilient and getting stronger. He repeatedly praised state employees, saying he was grateful to have a “state workforce full of grit and compassion.”

He cited the livestreaming of government meetings as one reason for Delaware’s strength during the pandemic.

“In many cases, it’s made conducting the public’s business more accessible, more transparent and more efficient,” Carney said. “We should all want more people to participate in democracy — not fewer. So we should work together to make these practices permanent even after the pandemic.”

Delaware House and Senate Republicans later called the address “sterile” and lacking details, but admitted that it was probably a really hard speech to give considering that the state has been dealing with only one thing — the pandemic — for the last 10 months.

Even so, said Sen. Brian Pettyjohn, R-Georgetown, “There’s not a lot of new things he’s proposing.” He praised Carney for setting aside revenue for years that the state then had on hand when COVID crushed state revenues and said it was exactly what Republicans wanted when they proposed a state constitutional amendment to do the same thing. The amendment didn’t pass, but Carney issued an executive order to so the same thing.

Carney promised in his speech to keep reserve funds on hand that would make sure Delaware could meet his budget, which he will reveal Thursday in another virtual speech. His executive order of linked the size of state budgets to the growth of the economy and required surplus cash to be set aside in reserves for a rainy day.

That helped this year, he said, when the pandemic wiped out an expected $200 million surplus.

“But unlike other states, Delaware was ready,” Carney said. “With your help, we spent the previous three years getting ready … We balanced our budget without cutting critical services.”

That surplus also helped the state maintain its AAA bond rating while others had their credit cut, Carney said. Those ratings make it cheaper for the state to borrow money.

Among other issues he mentioned:

“We have a long long road ahead of us,” Carney said. “But we have turned the corner. Thank you, Delawareans, for doing your part.