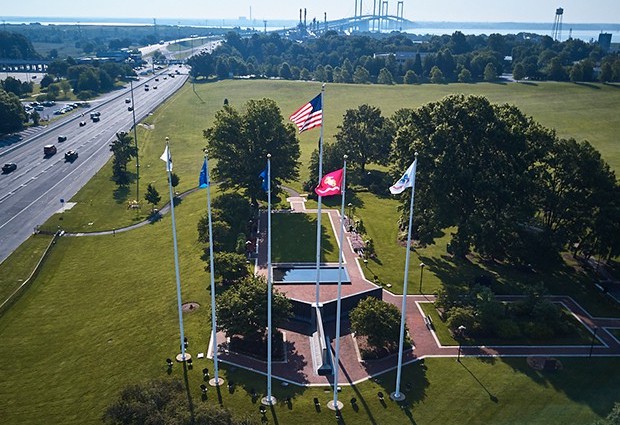 Events to recognize Americans who lost their lives in service to the country will occur in several spots in Delaware this month, not just on Memorial Day (May 30). Here’s a roundup.

The Delaware Memorial Bridge Memorial Day service starts at 10:30 a.m. May 30 at the Veterans Memorial Park, near the New Castle bridge.

The Georgetown Kiwanis Club ceremony will be at 1:30 p.m. Sunday, May 29 at The Circle. The event is co-sponsored by the town, said Kiwanis president Ivan Neal.

Activities include remarks, a wreath-laying, a 21-gun salute and taps. “It’s a very nicely organized event,” he said, drawing representatives from 20 to 30 other community groups.

The Harrington Memorial Day parade starts at 9 a.m. May 30 on Dorman Street, then running on Commerce Street.

The Milford Memorial Day ceremony begins at 10 a.m. May 30 at the Milford Senior Center. Maj. Gen. Michael Berry, adjutant general of the Delaware National Guard, will be the keynote speaker.

“This is small-town America, and we fill up the room,” said organizer Charles Garrod, a member of the Veterans of Foreign Wars and the American Legion. “We want the community to remember all the sacrifices that have been made.”

The ceremony includes the Milford Community Band will play patriotic music. A veteran representing each of the five military services will place a memorial flower on the remembrance wreath. The keynote speaker will be Michael Berry, adjutant general of the Delaware National Guard. Veterans of Foreign Wars Council 6438 will provide a 21-gun salute.

The Newark Memorial Day parade and ceremony is Sunday, May 15. A ceremony including drills, the presentation of flags and patriotic music will take place on the University of Delaware Green at 1 p.m.

At 2 p.m., the Memorial Day parade will commence, starting at South College Avenue and continuing to Chapel Street. Marching units representing all service branches, veterans’ organizations, schools and community organizations will participate in the parade on East Main Street.

Free parking will be available in municipal parking lots, and nearby roads will have detours and closures.

The 155th Wilmington Memorial Day observance features a modified parade and event at the Soldiers and Sailors monument, Delaware Avenue near Broom Street, at 6 p.m. May 30 to honor the dead of all conflicts.

Committee members will host a modified parade, lay a wreath and say a few words in honor of all those who have defended this country. “We encourage all who can, to visit cemeteries and gravesites in Wilmington to decorate them in the spirit of the original Memorial Day, which was then called Decoration Day,” the event’s website says.