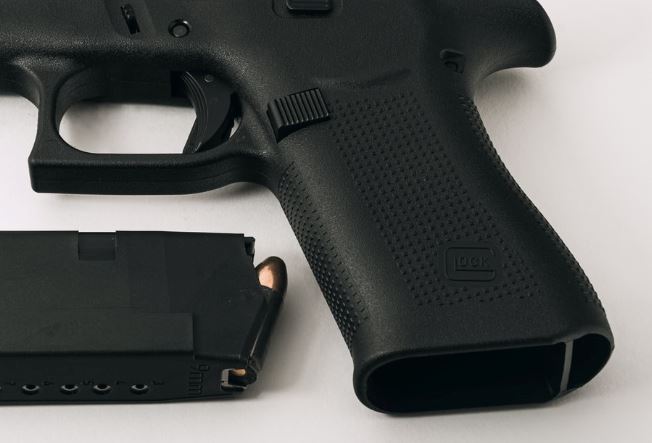 Glock and its magazine. Photo by Timothy Dykes of Unsplash

A bill aimed at restricting firearm magazine capacity in Delaware passed in the House of Representatives Thursday along party lines.

Senate Bill 6, which was given the green light by the Senate in April of this year, bans the possession, sale, purchasing, receiving or transferring of magazines whose capacity exceeds 17 rounds of ammunition.

She became concerned that this bill would harm small businesses after a Sussex County firearms accessory manufacturer learned that the very product their company produces would soon become illegal in Delaware.

The company,  Atlantis Industries Corp. in Georgetown is an injection molding company that fabricates high-capacity magazines for the military and police departments nationwide.

A voice vote garnered no objections and the amendment was attached to the bill, effectively saving Atlantis from the financial peril they would have otherwise faced under this law.

The second of the two amendments sought to increase the criminal penalties for possession of high-capacity magazines during the commission of a felony.

Chukwuocha argued that without this amendment, non-criminal owners of these magazines, such as sportspeople and firearm enthusiasts, would be subject to the same penalties as violent offenders.

Under this amendment, alleged offenders suspected of committing a crime involving a high-capacity magazine would face an additional class-B felony charge, punishable by 2 to 25 years in prison.

Chukwuocha’s amendment became attached to the bill after a voice vote garnered no objections.

The bill, as amended by amendments 1 and 2 was passed by the House along party lines.

The bill will now return to the Senate where it will be considered as amended.