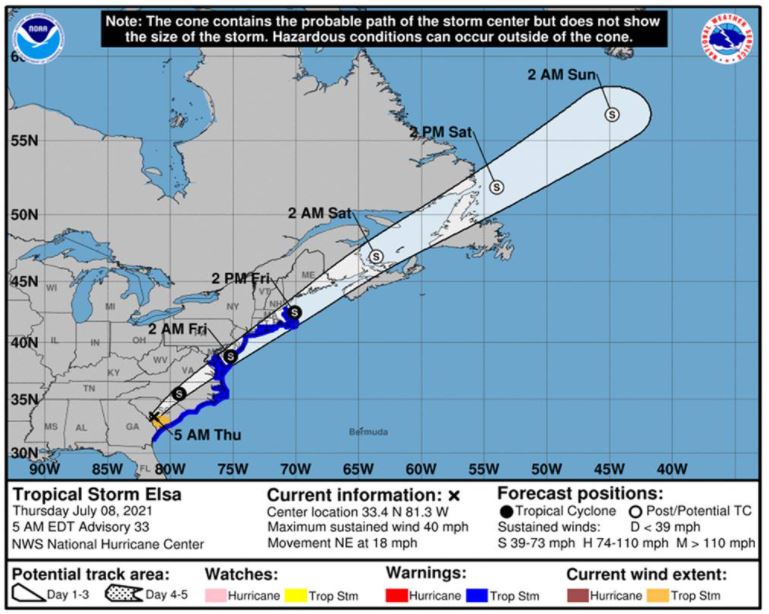 This National Weather Service map shows the predicted path of Elsa as of Thursday morning.

The National Weather Service has put Delaware under a tropical storm warning and says the biggest worry of the storm moving up the Eastern seaboard will be rain.

Heavy rains of 1 to 3 inches could cause flash flooding and some river flooding from Thursday afternoon into Friday morning, but not along the main stem of the Delaware River, the weather service said.

The storm is expected to reach Delaware by 2 p.m.

The Delaware Department of Emergency Management on Wednesday recommended residents get their home and property ready for a big storm: