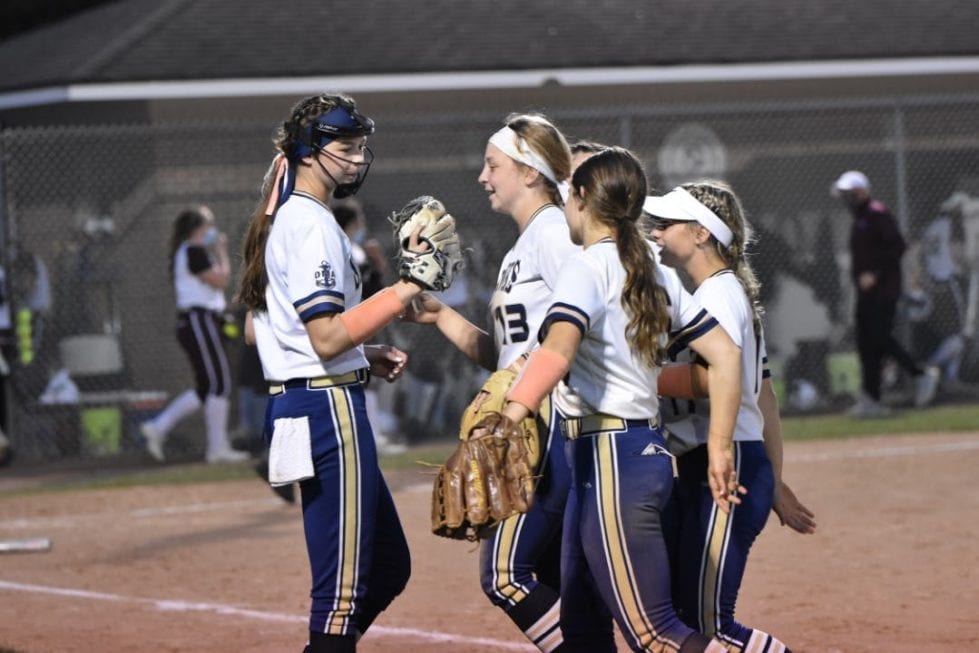 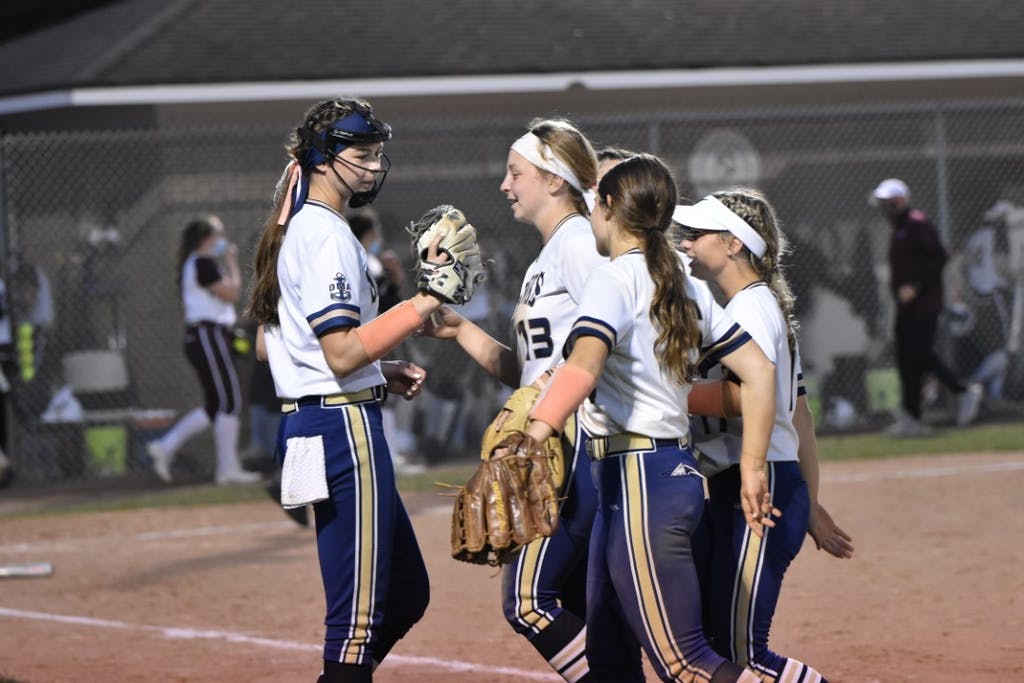 The game was scoreless thru 3 innings as both Frost and Dani Debenedictis of Caravel were strong in the circle. Frost allowed just two hits and recorded 4 strikeouts in the first 3 innings while her counterpart Debenedictis had two K’s and allowed 4 hits through three. 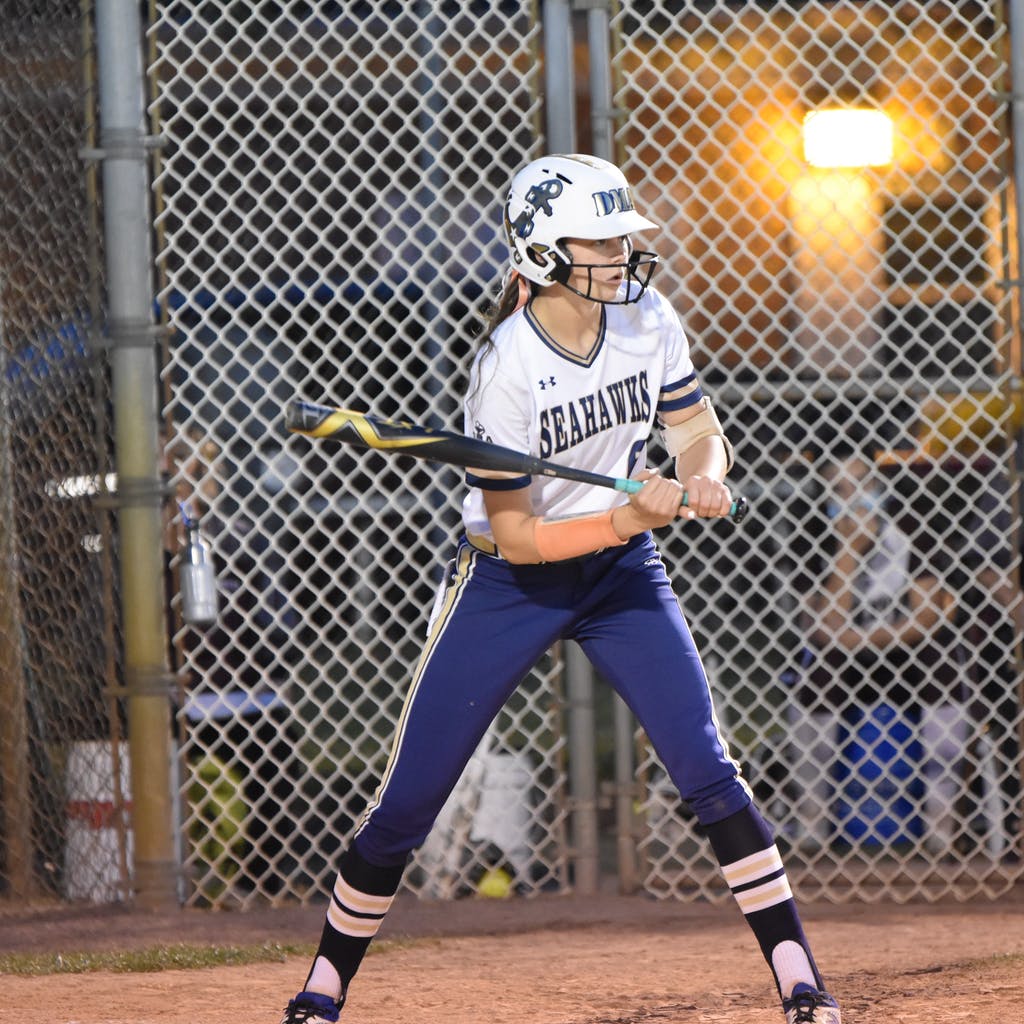 In the bottom of the 4th inning Alexandria Delcollo singled with one out, was sacrificed to second by Lillian Wenzel to bring Frost to the plate with two outs. In her previous at bat, Debenedictis struck her out on three straight pitches. This time, Frost again was in the hole 0-2 but the outcome would be different as she smacked a double to score Delcollo to break the scoreless tie.

Both defenses were nearly flawless and turned in some fantastic plays. In the fourth inning, DMA turned an unassisted double play when first baseman Sara Ann Sobocinski snagged a hard-hit line drive and doubled a runner caught leaning off 1st base. Then in the 5th inning Caravel first baseman Brook Holdsworth returned the favor when she caught a line drive and doubled off a runner for the second unassisted DP of the game. There was only one error the entire game & that came in the final inning on a hard hit shot that could have easily been scored a hit.

The Seahawks stretched their lead in the 6th inning scoring five runs on four hits and two walks to make the final 6-0.

Angelina Dell’Oso had 3 hits and scored a run for DMA. Her teammates Sobocinski, Delcollo and Frost each collected 2 hits.

Caravel was led by shortstop Veronica Diomede with one hit and several key plays in the field. Mikala Walsh was also solid at 2nd base and collected the other hit for the Buccaneers.

With the win, DMA improves to 11-2 and will meet second ranked St. Mark’s Thursday. A game that we will be live streaming here is the link for that game.

Caravel falls to 11-2 and will host #4 Laurel Thursday.