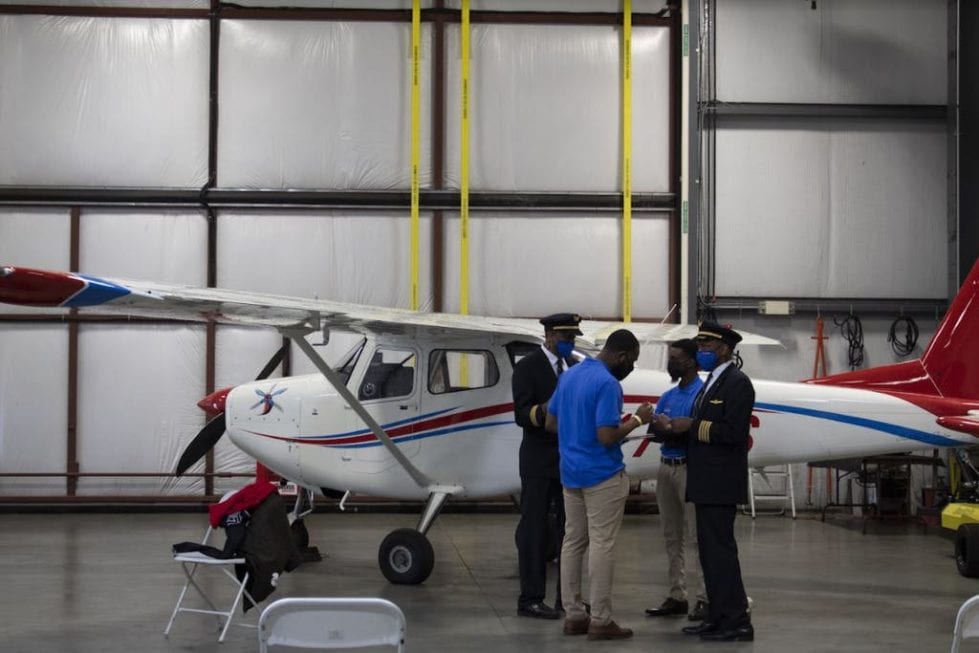 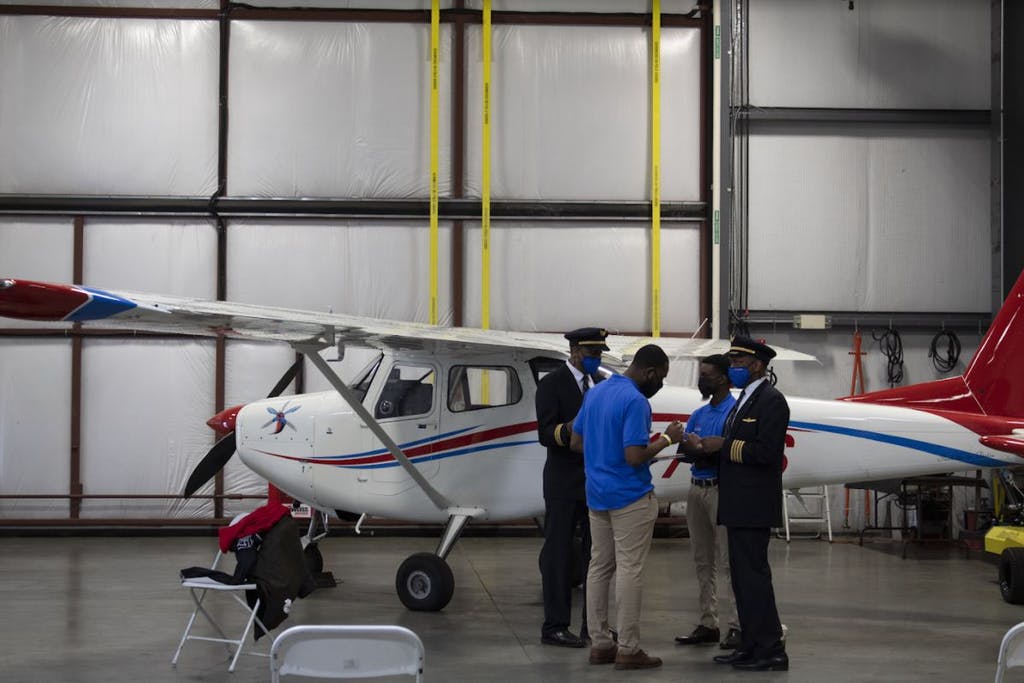 Delaware State University this week celebrated a new partnership with United Airlines that has a goal of putting more Hornets and more diversity into well-paying pilot jobs.

The United Aviate Academy, the pilot development program of the United Airlines flight school, plans to train 5,000 pilots by 2030, with half being women and people of color. The academy has partnered with multiple flight schools across the country to do this, with  DSU being the first Historically Black College and University to join the program.

The partnership was put together by DSU, United Airlines and JP Morgan Chase.

This isn’t the first time that DSU has invested in their aviation program in recent years. In 2019 the school bought a brand-new fleet of 11 planes after flying planes from the 1970s for decades. Two of those planes were present at the press event.

Hales said the importance of the partnership with United Airlines is that it allows DSU students a much easier path towards piloting for a major airline. Normally, a student would train four years at DSU, spend nine to12 months getting their flying hours, then go to a smaller regional airline until they become a captain at that airline. After that, they could jump to to a major airline such as United.

Hales said that a DSU student now spend much less time at a regional airline and can go to United in their 20s.

“This is a great opportunity for students like me,” said Messiah Blackman, a senior in the aviation program. “I have a direct path to United as I can get there quicker than I normally could. Usually, people tell me it takes a while to get to major airlines.”

“There’s enough alumni out there right now that if you get on a commercial airline and you take a peek into the cockpit, chances are you’ll see a DSU graduate,” Hales said. “There’s gonna be more. There’s gonna be a whole lot more. It’s a blessing that United has sought DSU out. That’s a huge blessing.”

Schaffer, who will start her 32nd year with United on May 1, said she originally picked up flying when she was in high school. Her love for flying grew further when she was going to college for engineering, and by the time she graduated she was giving flight lessons at night while working an engineering day job.

At the time she did not know she could get a degree in aviation. She eventually decided to leave the world of engineering and pursued flight professionally, leading her to United Airlines.

She is now one of five people with United Air Lines who interact with the FAA on operations.

“That crooked and somewhat disjointed path that I followed thankfully is not one that the students here today need to worry about,” Schaffer said. “Aviate provides that path for you to follow. You know what the next step is going to be.”

These pilots where glad to be a part of the announcement and to help carve a path for the next generation of pilots.

“You didn’t necessarily get a guarantee of employment when I interned for United. They guaranteed an interview,” said Brian Barnes, who interned with United in 1997. “The way it’s different now is they’ll give you an interview initially and you’re pretty much on a track to go to United. That seems like a lot more of a focused path than what most of us did.”

Brian said he intends to work with the DSU aviation program in the future.