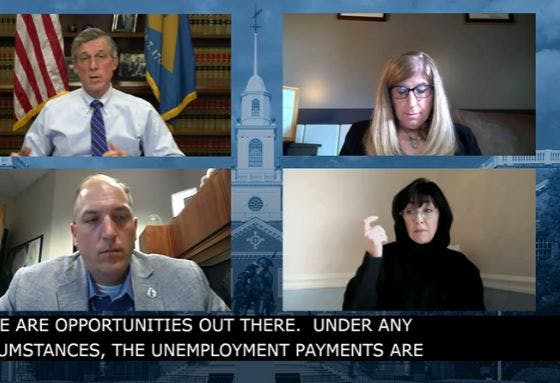 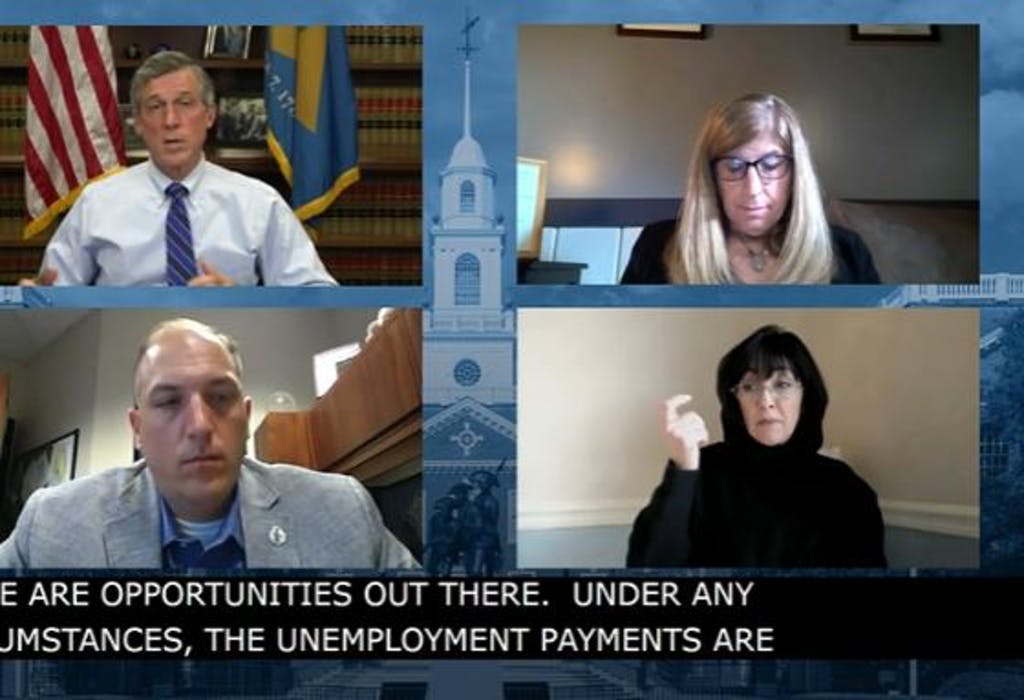 Carney to people on unemployment: Get a job.

Asked Tuesday if he would consider stopping the extra federal unemployment benefit or paying a one-time bonus to get people to go to work, Gov. John Carney said stopped short of saying yes.

Sounding more like a Republican governor than a Democratic one, he stressed that all unemployment benefits are temporary.

“I have heard from  a lot of businesses about the difficulty in rehiring staff, hiring staff for the summer, particularly in the beach areas,” Carney said during Tuesday’ COVID-19 press conference.

“They’re all struggling to get mostly young people looking for summer jobs to sign up. Some are giving incentives themselves.”

Carney, an unabashed fan of Wawa, said, “I noticed that Wawa has, like, a $500 signing bonus, and I’m hearing it from a lot of folks.”

Questions about how Delaware will handle jobs and the high number of unemployed came a week after a federal jobs report said job growth was slower than expected with only 260,000 jobs created in April and 8.2 million people out of work. Many people quickly jumped on enhanced federal unemployment payments, created to help workers weather the COVID-19 pandemic, as one reason for that.

Some states, such as Alabama, Arkansas, Montana, Mississippi and South Carolina — all of which have Republican governors — have halted the $300 extra federal unemployment benefits. Montana has offered $1,200 one-time bonuses to people returning to work.

The jobs shortages are hitting many areas, but particularly restaurants, fast-food chains and small businesses.

Many Delaware restaurants have been making Facebook posts apologizing for slow service, explaining that they can’t get workers, even though some say they’ve raised pay. One restaurant owner threatened to call police on any diners who were abusive to the restaurant staff.

Delaware businesses in the beach area also have to contend with a reduced labor pool because they often pull from foreign workers who come for the summer on J-1 work visas.

“There is a requirement when you’re on unemployment to be looking for a job,” Carney said. “Now’s the time to look for a job because there’s lots out there, and so folks ought to be doing that.”

He said the state would be looking at that to make sure that people are taking advantage of those opportunities.

Carney pointed out that the state is sponsoring programs that will help workers earn certifications that should open doors for better employment for them. He urged workers to check into those.

“Now is a real time of opportunity as the economy begins to reopen,” Carney said. “More jobs are needed, and more people are needed for those jobs. Therefore, there are opportunities out there.’’

“That’s what we’ll continue to tell people that are out there not employed at the moment,” Carney said, “and that’s how we’ll work together with businesses who are looking for that workforce.”

Last week’s federal jobs report sparked a slew of suggestions about why people might not be returning to work. Beyond the idea that some workers might make more with unemployment, suggestions included people being afraid of being infected with COVID on the job; workers who have taken classes or had training to enable them to get better jobs; and mothers who realize their family gets more out of them staying home instead of paying day care fees.

As the jobs situation plays out, Democrats in the Delaware General Assembly are pushing an agenda that includes raising minimum wage to $15 in increments, starting in January 2022, and abolishing the state’s training and youth worker minimum wage.

Democrats say that will raise the standard of living for those making minimum wage. Republicans says it’s going to hurt businesses coming out of the COVID-19 pandemic and ultimately lead to fewer jobs.