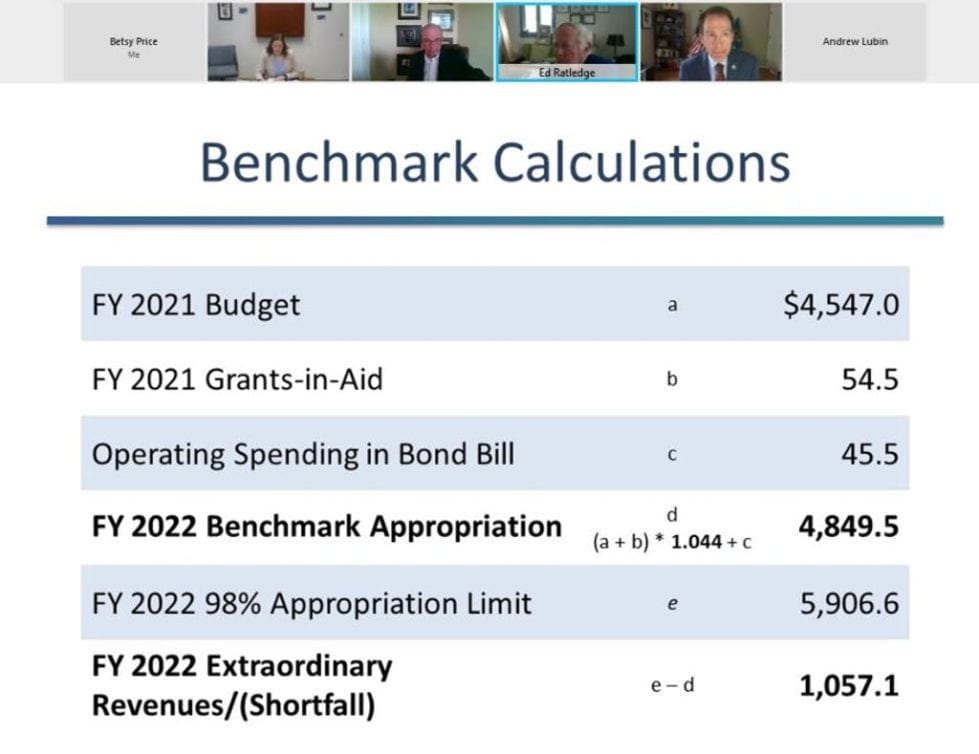 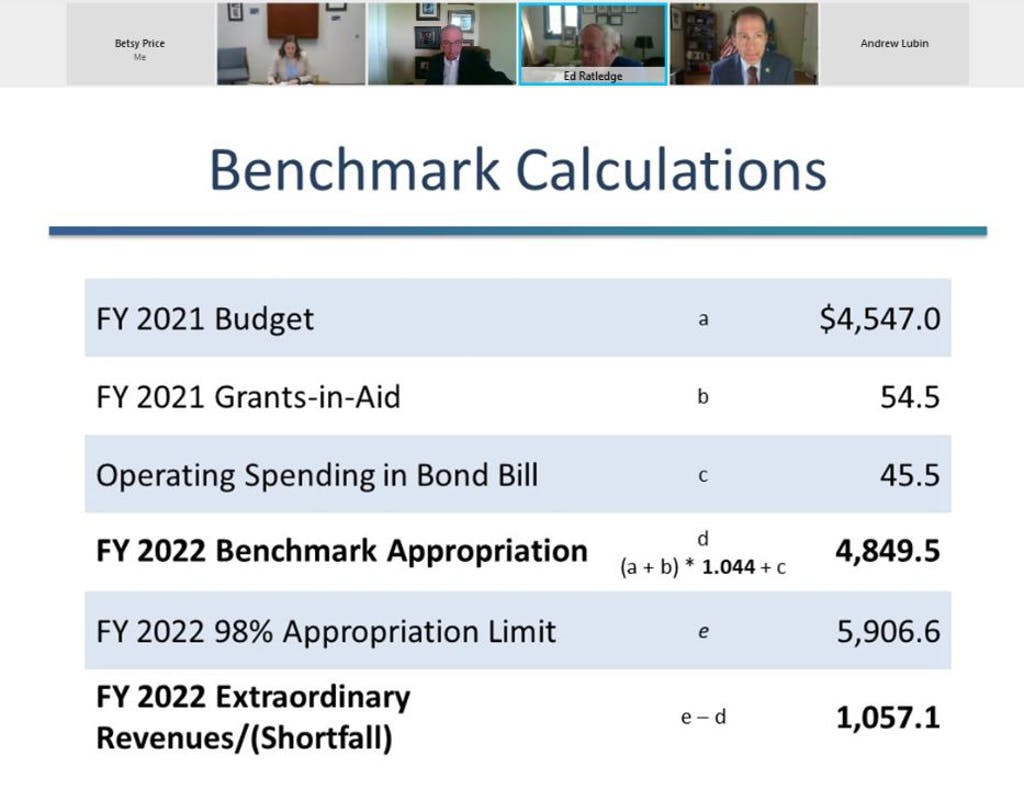 Members of the budget committee look at forecasts.

A state council that forecasts Delaware’s state budgets is predicting there will be a surplus of more than $1 billion in 2022.

It’s a stunning rise from the $669 million predicted in December, which was already surprising against the backdrop of the COVID-19 pandemic.

Members of the Delaware Economic and Financial Advisory Council’s expenditures and revenues committees heard Monday that jump came about largely because of the amount of federal stimulus money coming in, particularly checks sent to residents.

The full committee is voting on their recommendations Monday afternoon.

Withholdings from personal income tax has risen 16.4%, said David Roose, director of Research & Tax Policy for the state Department of Finance.  The sharp increase is partly because the numbers are being compared with last year, when so many people lost jobs and withholdings fell.

Net corporate income tax in April, covering the first quarter, is one of the four best Aprils in the last 25 years, Roose said. Some of the higher industries were healthcare, finance and home building.

The state has also seen an increase of nearly $16 million in franchise tax, a 50% rise in transfer tax — a state record, and rises in general receipt taxes from retailers, general wholesalers and services as the economy has started to improve.

Amid the amazement at the rapid transformation of Delaware’s financial fortunes was worry about what happens next.

“We need to continue to be cautious, because some of these changes continue to be a function of extraordinary times, which will clearly have a positive impact in the short-term, but probably are not completely reliable and predictable. In fact, I would say they aren’t,” said DEFAC chairman Michael Houghton.

The good times are expected to end when the federal stimulus does, and the rate of franchise tax growth is expected to drop significantly in 2023 as companies reach their maximum tax rate, the committee heard.

Among those changes are an end to extra unemployment payments and extra money being paid for Medicaid expansion, which adds thousands of people to the rolls. When the federal money ends, many of the new people on Medicaid will be cut off.

A lot of state money that was expected to be spent on projects  in the last year did not get spent and is being shifted into the 2022 budget, which begins July 1.

Several members of the committee pointed out that when times are good, especially when it’s unexpected, that the state should use the money to replenish funds so it’s going to be in good shape.

That includes the budget stabilization fund, which sits at $63 million now after the state took half to help the 2021 budget, which ends June 30.

Cerron Cade, director of the state Office of Management and Budget, said that state planned to put $67 million back in there, but may put in more.

DEFAC will meet again in June for a final prediction. That allows the state Legislature to consider the funding while it considers Gov. John Carney’s submitted budgets.