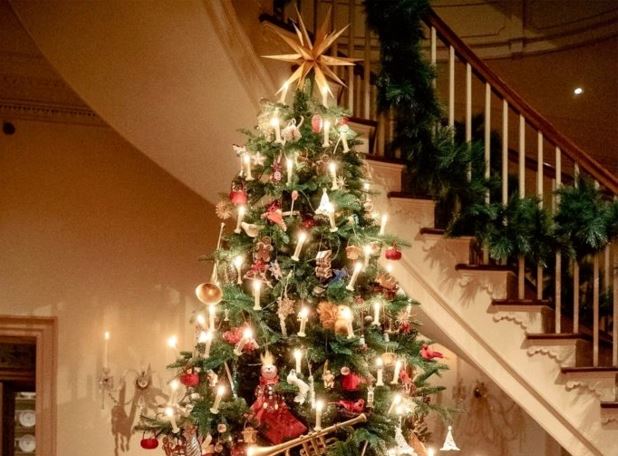 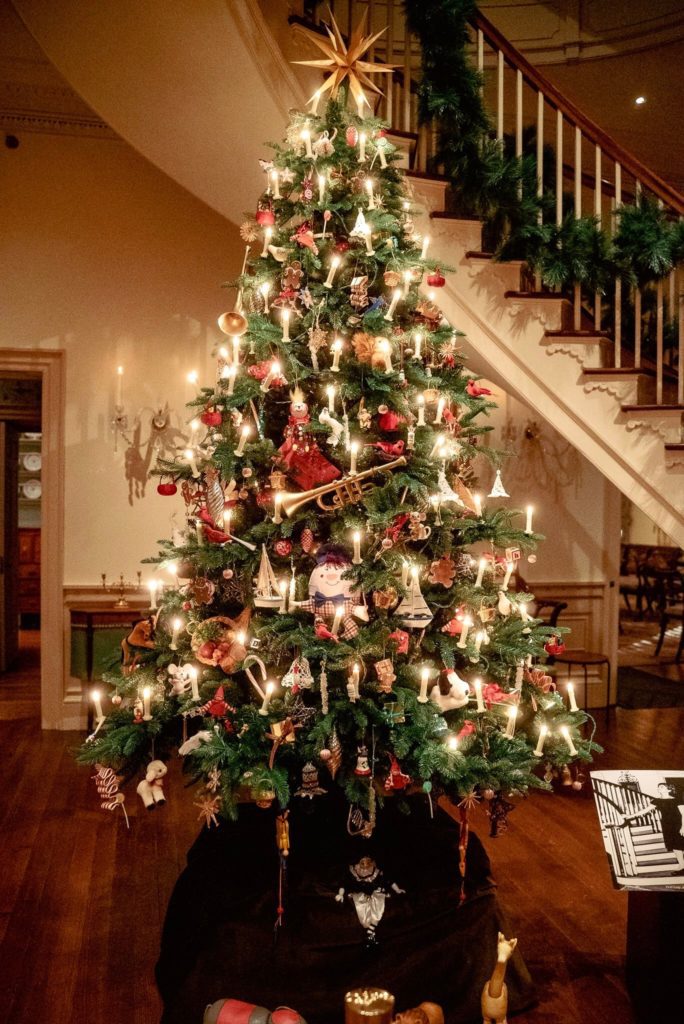 This tree in Winterthur’s Yuletide tour recreates one that Jacqueline Kennedy Onassis created in the White House.

Winterthur’s big exhibit for 2022 will bring Jackie O to Delaware.
“Jacqueline Kennedy and Henry Francis du Pont: From Winterthur to the White House,” which runs May 7 to Jan. 8, 2023, will follow the former First Lady and the country’s biggest collector of Americana in renovating and restoring the White House when John Fitzgerald Kennedy became president.
Among other exhibits will be the dress that Jackie wore when she gave the television tour of the White House after the work was done. At the time, it was the most-watched television program. 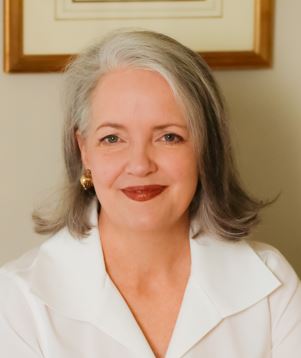 The exhibit is based on the research of Elaine Rice Bachmann, who earned her master’s in Winterthur’s and the University of Delaware’s Early American Culture Program, in 1993.

The program requires a thesis, which often focus on a single a historic object, but Bachmann realized that the archives had copies of all the letters that Jackie and du Pont wrote to each other about the project.
She was particularly interested in the connection because her mother frequently talked about how interesting and impressive Jackie’s television show had been.
“The archives had collected all of Mr. Du Pont’s correspondence with Mrs. Kennedy and all the materials related to it,” she said. “So it was sitting right there, but no one had really critically looked at it yet as an academic exercise.”
She was lucky, she said, that there were so many people still living who remembered or were involved in it, including the late John A. H. Sweeney, the former chief curator of Winterthur. 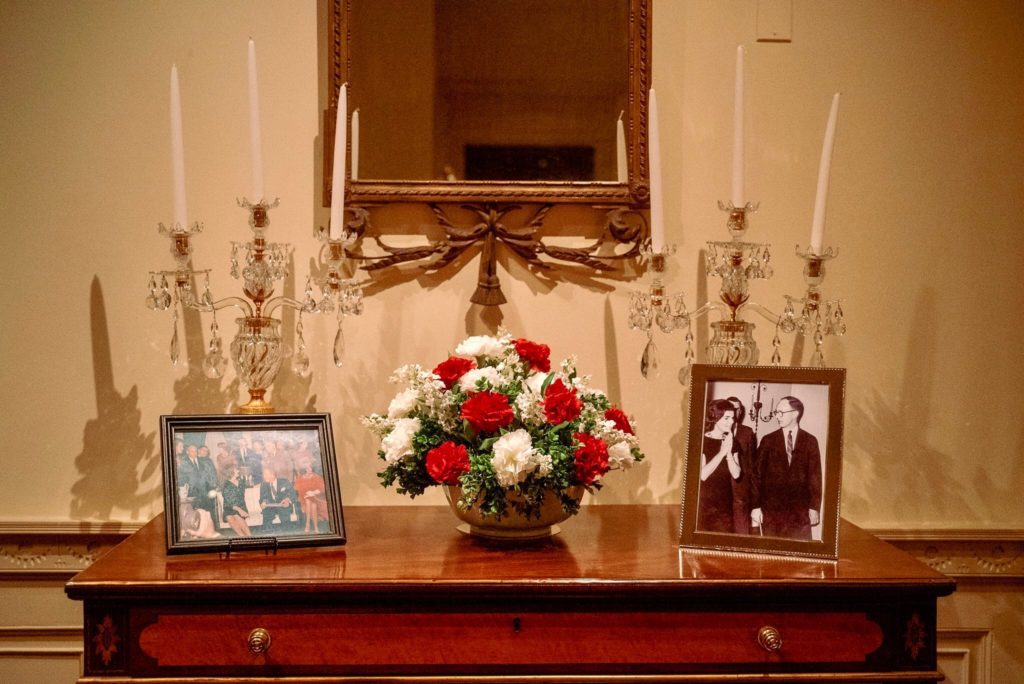 Bachmann, now Maryland state archivist and commissioner of land patents, went on to co-author “Designing Camelot: The Kennedy White House Restoration” with James Archer Abbot.
H.F. du Pont had fallen in love with American-made furniture and was one of the first people to champion using American goods and to focus on American style rather than English or French.
He and Jackie traveled in similar circles, but didn’t socialize.
By the early 60s, many of the furnishings of the White House formal rooms were worn. The country’s youngest First Lady, who was 31, described the White House’s interior as a combination of “dentist office and bomb shelter.”
She wanted to restore their splendor with a re-do that also restored the sense of history and elevated it into place of pride for the entire country.
Jackie asked du Pont — then 80 — to be head of her advisory committee. By doing so, she not only gained access to his enthusiasm and expertise, but also his connections among collectors, museum experts, academic experts and auction houses.

Their restoration awakened a national interest in historic preservation and interior design that is still felt today. 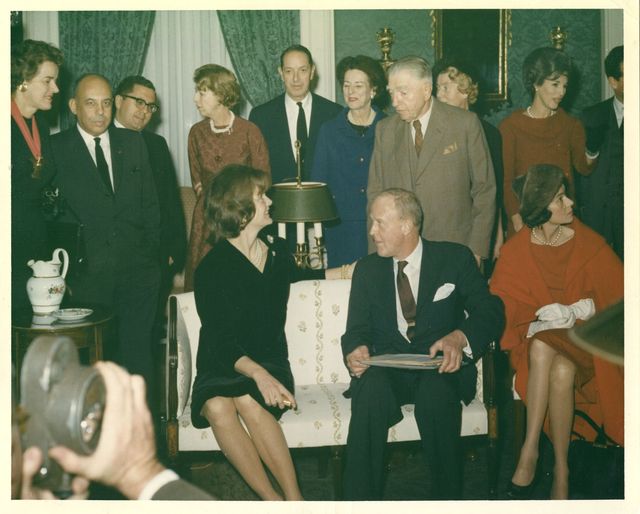 The Winterthur exhibit will use artifacts, archives and images to allow visitors to experience the behind-the-scenes collaboration between the two during this captivating period in American history.

“H. F. du Pont’s role in the Kennedy restoration of the White House positions Winterthur and its influence on American preservation and interiors at the center of this story,” said Alexandra Deutsch, the John L. and Marjorie P. McGraw Director of Collections at Winterthur. “Mrs. Kennedy’s iconic visit to Winterthur launched her on a path of creating the White House we know today. The interiors of the museum helped shape that lasting vision, which she enacted in just three short years.”

One of the displays on this year’s Winterthur Yuletide tour is a nod toward the upcoming exhibit.

At the foot of the Montmorency staircase sits a decorated tree recreating the one displayed at the White House in 1962, created by the First Lady.

With the theme of a “Children’s Christmas,” it features candles, birds, snowflakes, angels, tiny twig stars, small wrapped gifts, reindeer, candy canes, stuffed animals, and a model PT-109 boat commemorating the president’s heroic deed during World War II.
Also sitting nearby are photos of Jackie and du Pont, which will be featured in the exhibit.