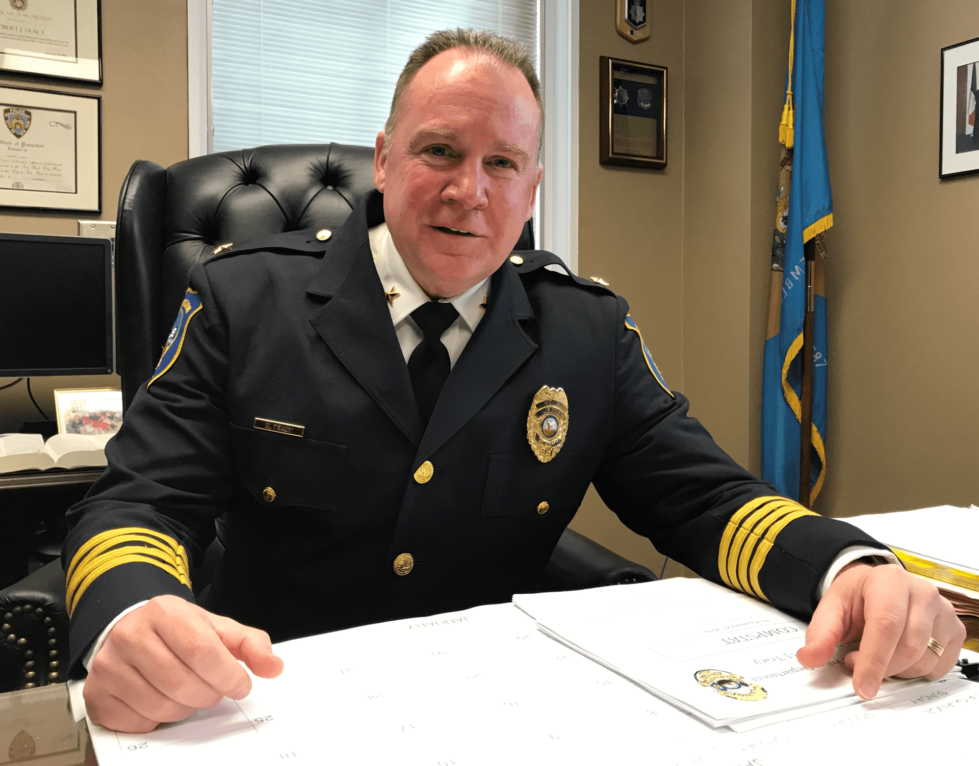 A petition expressing support for the Wilmington Police Department has gathered more than 600 signatures after the Wilmington City Council on Thursday passed a “vote of no confidence” in Chief Robert Tracy.

The vote happened after a nearly three-hour-long Public Safety Committee meeting Tuesday during which Tracy and others defended the department’s practices amidst claims that it lacks diversity and suffers from low morale.

“Chief Tracy has been extremely resistant to any ideas to increase diversity and transparency and ideas as far as police reform,” said Council President Trippi Congo during Thursday’s meeting. “I want to make sure that people don’t think that I’m blaming the chief or the police department for the crime in our city. Nothing can be further from the truth.”

Congo said the problem is “much bigger” than the chief or the department, but that Tracy should be more proactive in developing and implementing a plan to combat crime, increase diversity and promote morale within the department’s ranks.

The resolution expresses a lack of confidence in Tracy’s leadership and recommends a third-party audit of the department.

When city resident and business owner Joanie Husband heard of the resolution’s passage, she felt that she had to do something to show Tracy and his department that the views expressed by the Council don’t represent those of the majority of the city’s residents.

“I really believe that our city was so lucky to get a person like Chief Tracy to come into our community,” Husband said. “After all that he has done — to hear people saying in a public venue those negative things about him and the department — it just seemed like a very unfair attack.”

As a business owner in the city, Husband said she tends to avoid politics. She’s not a very political person to begin with and in business, she said, it’s better to not go in one direction or the other.

“But with that being said, when it comes to being moral and doing the right thing — that does fire me up,” she said.

A petition in support of Chief Robert Tracy and the Wilmington Police Department has gathered more than 600 signatures.

The petition cites Tracy’s efforts to “stem the shooting and violence that plague our city,” and argues that instead of attacking the police department, the Council’s efforts should be focused on “the judicial system that has allowed career criminals to be released to terrorize our community.”

Husband and the petition’s 600-plus signers aren’t the only ones who feel strongly about Tracy’s leadership.

Following the Council’s vote, Mayor Mike Purzycki said, “This is a very sad day for our city.”

“Council’s resolution this evening does a terrible disservice to the reputation of an outstanding professional who has served this city so well and who has my unqualified support,” Purzycki said in the statement he released after the meeting. “We have been fortunate to have Robert Tracy leading our department for the past four and a half years during one of the most difficult times for police departments in our nation’s history and I look forward to his continued leadership.”

The resolution will have no effect on Tracy’s continued employment with the city. Purzycki has sole hiring and firing authority over employees like Tracy.

“I think the resolution is just posturing,” said Councilman James Spadola, R-At Large. “Everybody’s concerned about diversity in the department, but by saying that you have no faith or confidence in the chief and the department, you only hurt that diversity — so they’re perpetuating the problem.”

“How many young, diverse applicants are going to run to apply with the Wilmington Police Department now that this resolution has been passed,” he asked.

On the flip side, when City Council says it has no confidence in the police department, that could have a negative impact on current officers’ morale, Spadola said, noting that the FOP Lodge that represents the city’s officers didn’t support the resolution.

Husband said that for the Council to spend the time and energy on what amounts to a symbolic vote only serves to drag a career public servant through the mud — something she said reminded her of “bullying.”

“It gives me the feeling of being back in school when there was that minority of bullies that are in any school, and then everybody else gets scared and backs out,” Husband said. “It gives me that impression — it just seems like there are a few people that seem to have one agenda and they’re doing whatever they can to make that agenda happen.”

Instead, Husband said, the Council should be focused on representing the viewpoints of the communities they represent.

“As someone who’s not super political,” she said, “City Council should have a specific role in representing what the community-at-large feels. My impression is that they’re there to share with the city and the police force what our thoughts are — but it almost sounds like they’re trying to rule the narrative.”

It’s a narrative that’s not in line with reality, she said.

“Anything that says we have no confidence in the police force or our chief after everything that they’ve handled between the pandemic and rioting and all the shootings — that just sounds broken. That’s not what I’m seeing on a daily basis.”

Husband lives in an area that often suffers from vandalism and crime. At times it can feel like she’s unsafe in her own home. But every time she’s had to reach out to the police, she said they’ve been extremely responsive and helpful.

After a wave of incidents near her home, officers from the Wilmington Police Department went into a school in Husband’s community to try and build positive relationships with youth in the area.

“They figured out that the kids are walking through our neighborhood from their school and so they went into that school, but they didn’t come down on them with heat, they actually talked with the kids and talked with us and they created a really good atmosphere.”

“It would have been so easy for them to say, ‘this is so low on our radar’ — but they didn’t,” Husband said.

She said during Thursday’s meeting that she supports the resolution because “I truly think that there are problems within the police department and I think that we need a separate entity to come in and identify the problem areas and give us suggestions on how to improve them.”

Gray said the issues are bigger than the chief and ultimately the buck stops with Mayor Purzycki.

“​​The administration has not really been supportive of any changes or any transparency. They haven’t given us the citizens’ complaint review board,” she said, referring to a proposal to create a committee of non-officers to review allegations of police misconduct.

Regardless of the message the resolution sends, some councilmembers argued that even considering it at Thursday’s meeting violated the law.

Spadola said he didn’t receive a copy of the resolution until 90 minutes before the meeting began.

“For those working today, we barely had any time to even read it, let alone the public,” he said. “It’s an utter lack of transparency and it’s a major disservice to the public and to the councilmembers — if it’s even legal.”

On the question of Tracy’s performance, Spadola said every city is facing similar struggles.

“Recruitment is a nightmare everywhere, lack of diversity is a nightmare in every city,” he said. “To simply pin it on the chief, I think is just a major disservice.”

The least the Council could do, Spadola said, is recognize the uphill battle the department fights when it locks up criminals only for them to be released back onto the streets.

“In terms of crime, the vote of no confidence should be against the court system that keeps putting career criminals back out onto the street so they can make more victims,” he said. “WPD is locking them up.”

Husband said she doesn’t know if her petition will have any impact.

“I don’t know how all of that works,” she said, “but I really just wanted the officers and Chief Tracy to realize there are so many citizens that are so happy for what they do and how they protect us.”

At the very least, Husband believes her petition will prove that the City Council does not speak for the majority of the city’s residents as it relates to confidence in Chief Tracy.

“I know this is just one person’s opinion,” she said, “but it just seems like there are a lot more mes out there than there are people that are saying they don’t have confidence.”

Michael Groark, president of FOP Lodge No. 1, the group that represents the officers of the Wilmington Police Department, said in a statement shared with WDEL after the meeting that the Lodge is not aware of any morale issues within the department and is always engaged with Tracy and others about working conditions and officers’ wellbeing.

“FOP Lodge 1 is opposed to this resolution and disagrees with everything that was said in support of it. Contrary to the council president’s belief, he has no authority to speak for the rank and file of the Wilmington Police Department,” Groark said, adding that the Lodge is always “open to conversations with the legislative and the executive branches of Wilmington City government.”

While there can always be areas to improve upon any agency, including the Wilmington Police Department, Husband said that from an outsider’s perspective this isn’t the way to do it.

“It sounds like instead of trying to help everybody heal tensions and work together, the Council is trying to inflame tensions,” Husband said. “Where does that help our city at all? It doesn’t — and that makes me really sad. This feels like ten steps backward.”