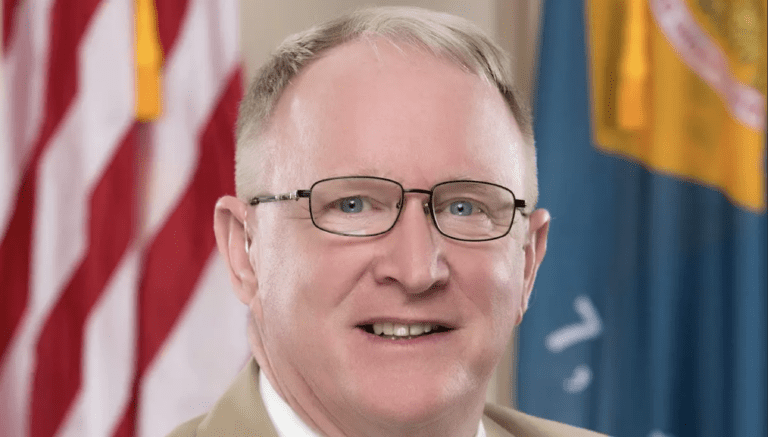 He said in a press release that he has been diagnosed with post-traumatic stress disorder stemming from his service in the Delaware Army National Guard and must take time to “address these issues directly.”

“I do so with deep regret and sadness, but I remain grateful for the nearly 16 years of service I was privileged to render on behalf of my neighbors and my community,” Brady said.

He said in the release that as a result of his deployment, he lost the majority of his hearing and struggles with the challenges it presents daily.

“Just like many thousands of my fellow veterans returning home with wartime injuries, I have been diagnosed with post-traumatic stress disorder,” Brady said. “The grim reality of this condition for those of us who live with it is long periods of silent suffering, which can be punctuated by episodes or conduct that may make little sense to people who do not understand the nature of PTSD.”

He took the opportunity to implore people to “look after their loved ones and identify warning signs of PTSD and mental health issues,” adding, “Early detection and intervention is critical.”

Speaker of the House Rep. Pete Schwartzkopf, D-Rehoboth, said in a statement following Brady’s announcement that a special election for the seat will need to be held to fill the vacancy.

“I’ve known Gerald Brady for a long time and have been proud to serve alongside him in the House these past 16 years,” Schwartzkopf said. “Gerald has been a kind and empathetic representative who knows the residents of his district. I have always been impressed by how well he knows their stories, their families and their challenges.”

Schwartzkopf said Brady has a “personal touch” that has made him a “good, responsive elected official for so many years.”

He said he’s heartbroken to hear about Brady’s diagnosis and that “publicly admitting that he is suffering from post-traumatic stress disorder is an important first step” in getting the help he needs.

“PTSD is a serious condition that affects far more veterans than we realize, and its impacts are often felt in very different ways,” Schwartzkopf said. “Gerald has served his community, his state and his country honorably for decades, and I hope that Delawareans join me in wishing Gerald all the best in his recovery.”

Republican leader Rep. Danny Short, R-Seaford, said in a statement that this development “is the latest in what has been an unsettled term in office for Rep. Brady.”

“On behalf of all the members of the House Republican Caucus, we hope Rep. Brady finds the help he needs to overcome the challenges he faces.”

Regarding Rep. Brady’s resignation, a special election for the seat will be governed by Title 15, Chapter 71 of the Delaware Code.

Under Delaware law, Schwartzkopf must issue a writ of election within 10 days of the vacancy occurring — Feb. 14, 2022.

The writ would set a date for a special election, which must take place between 30 and 35 days from when the writ is issued.

Whoever wins that seat won’t hold it for long. Brady’s 4th District was relocated to the Long Neck and Oak Orchard area of Sussex County. New district lines will take effect immediately following the next election, which will be held on Nov. 8, 2022.