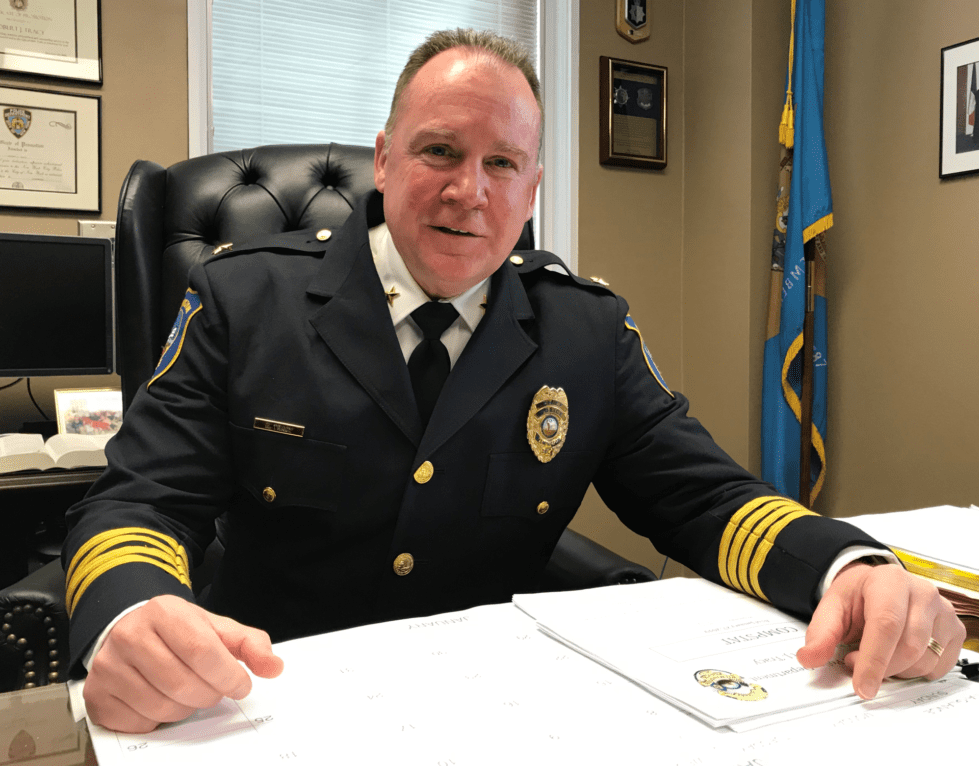 Acknowledging that gun-related crimes have soared, Wilmington Police Chief  Robert J. Tracy issued a press release Thursday saying his department is trying to fight that in part by focusing on illegal gun possession.

“The past couple of weeks have shown us just how much of a problem this remains – to include the shooting of three Wilmington Police officers by a domestic violence suspect, and the arrest of a man following an armed robbery who has since been tied to serious crimes in Philadelphia and who is the subject of further investigation by our agency and others,” Tracy said in a press release.

“We have also seen two juveniles shot in our City – and while we have seen significant reductions in juvenile shooting incidents this year, this remains a key area of focus for our department.”

The department has focused on illegal firearm possession because that is a gateway crime to shooting incidents and murder, Tracy said in the press release.

“The results have been record-high numbers of gun arrests in 2020 and so far in 2021,” Tracy said. “In 2020, our officers made 307 gun arrests involving 293 defendants (meaning that 13 individuals were arrested by our agency alone, more than once last year on gun charges).

“So far in 2021, our officers have made more than 145 gun arrests, putting our agency on track to again set an annual record for firearm arrests. This data makes quite clear that illegal firearm possession is a growing issue in our community, as it is in others throughout our region.”

Tracy said that he’s spoken out about the dangers of illegal firearm possession and the importance of focusing on “those few individuals” with the highest propensity for violence.

“These are the individuals who are most involved in driving the gun violence in our community, and those who are simultaneously at a disproportionately higher risk for becoming victims of gun violence themselves,” he said. “This is perhaps best exemplified by two individuals who, after being released pending trial following gun arrests in Wilmington last year, were shot and killed.”

The department’s efforts include leveraging its Intelligence-Led Policing strategy, including its Real Time Crime Center and  operated with the federal Bureau of Alcohol, Tobacco, Firearms and Explosives.

“Our investigators use the National Integrated Ballistic Information Network to analyze evidence and generate investigative leads to help identify those responsible for shooting incidents as well as shots fired incidents,” he said. “Our strategy of Group Violence Intervention is also a key component of our focus on those with the highest propensity for violence – adults and juveniles – and has seen success in offering a range of holistic social services as an alternative to law enforcement action and as an incentive to cease engagement in violence.”

Those strategies are being enhanced by deploying additional police officers in the areas that have have historically seen gun violence, he said. That is supported by grant funding for additional patrols.

Those patrols have been effective in making sure police are more present in those areas, he said.

The department also will continue working closely with state and federal prosecutors and others in the criminal justice system.

Tracy said he will soon present to the Wilmington City Council a resolution to commence the hiring process for our next Wilmington Police Academy to help ensure that we maintain adequate staffing levels in future years.

“In short,” he said, “the Wilmington Police Department remains steadfast in our efforts to combat illegal gun possession and gun violence in our neighborhoods.

“We will continue to leverage every available resource, and to employ evidence-based strategies to enhance public safety in our city and to provide to our community the level of safety and security they deserve.”