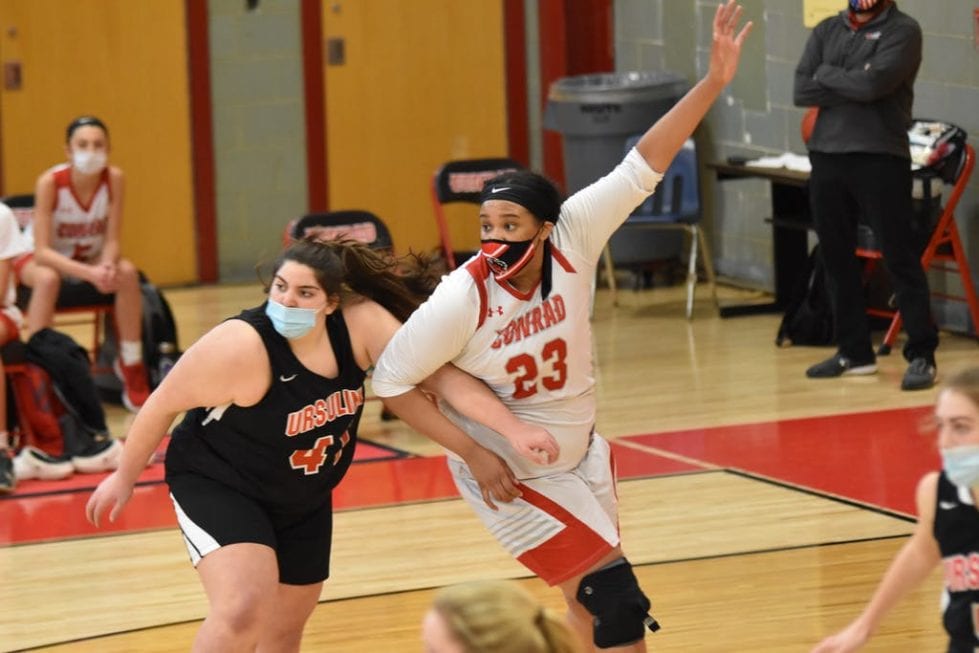 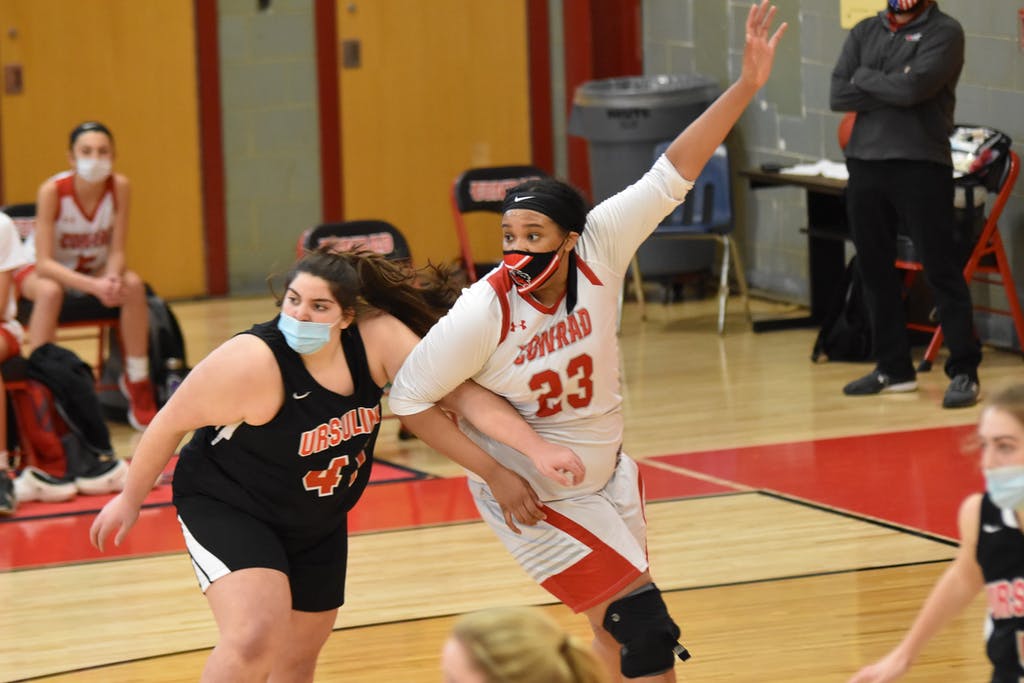 Carver’s JaNylah Whittlesey finished with 21 points to go along with double-digit rebounds and several assists.

WILMINGTON — It was senior day at Conrad Schools of Science on Saturday as the Red Wolves’ girls basketball team welcomed Ursuline to the Wolves Den, and the team’s 12th-graders had themselves quite an afternoon.

Ja’Nylah Whittlesey, Erin Ranegan and Kate Glanz combined for 44 of the Red Wolves’ 50 points in a 50-33 win over Ursuline.

The visiting Raiders, ranked third by Delaware Live Sports, built up an early lead thanks to the long ball. Emma Raftovich  had a three-pointer, and Chamira Marshall Brothers nailed two from the wing before the Red Wolves really got untracked.

Erin Glanz, the sophomore sister of Kate, scored on a three of her own, and Whittlesey — after having her first few shots bounce off the rim — found her sweet spot inside the paint. She hit a baby hook in the closing seconds of the first to bring the Red Wolves to within three at 13-10.

The game turned in the second quarter, with Whittlesely playing a central role. Things started well for Ursuline, as they scored six of the first seven points on two more three-pointers to build their biggest lead of the day at 19-11. But Erin Glanz hit a floater and completed a three-point play to start the comeback.

Whittlesey, who will be playing for Delaware State next season, sank a short turnaround shot before connecting on a baby hook that made the score 19-18. Her left handed hook, coming courtesy of an assist to Erin Ranegan, put Conrad on top with three and a half to go in the second quarter.

The Red Wolves’ scoring streak reached 11, and they led by four at the break.

The third quarter began with a familiar scene, as Whittlesey scored on another baby hook. The Raiders would get to within four during the quarter after a transition layup by Ella Gordon, but the Red Wolves were in control.

Whittlesey finished with 21 points to go along with double-digit rebounds and several assists and a few blocks. Erin Glanz had a strong showing with 17 points. The Red Wolves (9-1) visit top-ranked St. Elizabeth on Tuesday at 7 p.m.

For the Raiders, Marshall Brothers led the way with 10 points. Ursuline (6-3) are at Delmarva Christian on Tuesday. Game time is 5:45 p.m.