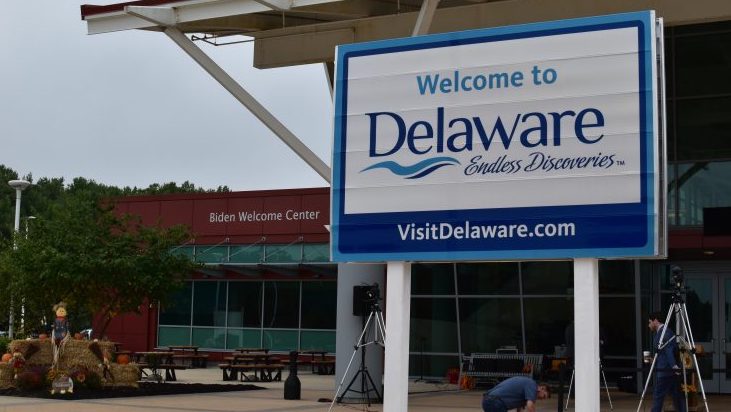 Welcome to Delaware sign at the Biden Welcome Center (VisitDelaware.com)

An assessment “with pure enjoyment in mind” has the opposite conclusion in mind for Delaware.

WalletHub today ranked Delaware No. 48 on its 2021 list of the most fun states to visit in America. And dead last in entertainment.

The site, one of many known for ranking anything in all sorts of ways to publicize itself, considered 26 qualities for this number crunching.

California topped the survey with a score of 60.81. Delaware was 15.87, lording over only Mississippi and West Virginia.

Such rankings are “destined to spark controversy,” Thrillist wrote earlier this year in reporting on a YouGov that placed Delaware 32nd in fun-ness.

Three criteria accounted for almost a third of WalletHub’s rankings: number of attractions; variety of arts, entertainment and recreation establishments; and ideal weather.

It was no surprise to see California at the top of WalletHub’s separate entertainment and recreation list. Ditto for Nevada (and all its casinos) in nightlife. Also in the top five were tourist favorites New York and Florida. But Wisconsin as No. 2 in nightlife? Really?

It reached a similarly dismissive conclusion about Delaware in 2019.