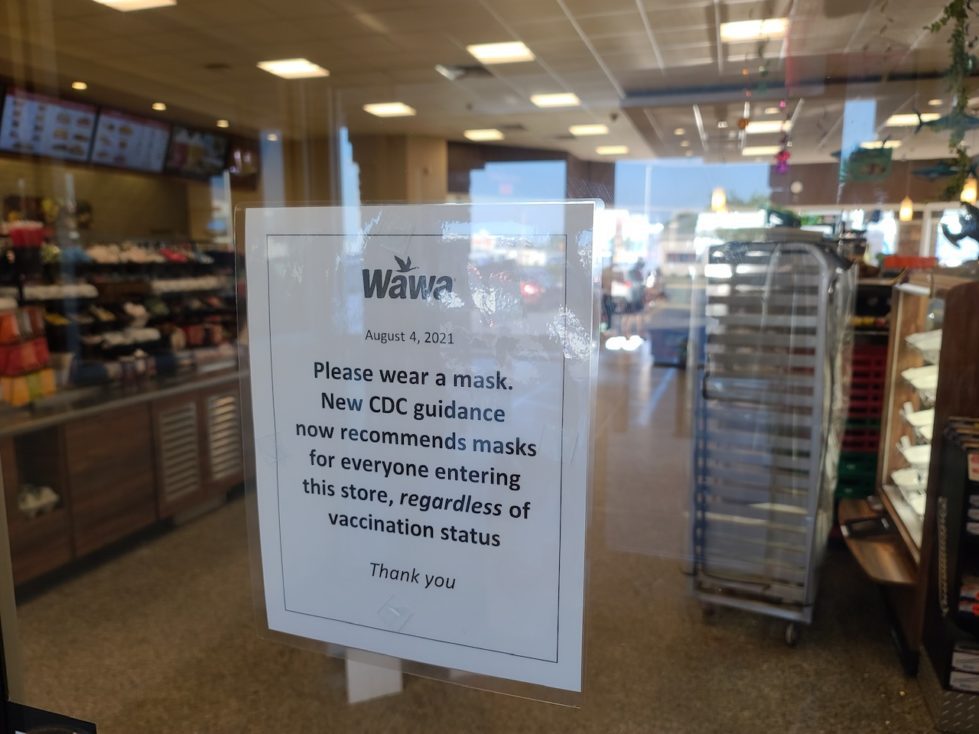 This Milford Wawa sign asks all customers to wear mask inside the store. Photo by Bryan Shupe

Wawa has updated its mask policy to require all employees to wear masks in their stores regardless of vaccination status.

The use of masks in the popular convenience stores remains optional for customers, although new signs posted on entryways ask customers, vaccinated or not, to wear masks while inside the stores.

The updated guidance comes as the Centers for Disease Control and Prevention announced Tuesday that Delaware is experiencing “substantial transmission” of the COVID-19 virus across all three of its counties. It previously has recommended that anyone — vaccinated or unvaccinated — should wear face masks indoors because the Delta variant is much more infectious than other forms.

Other companies that have reinstated employee mask mandates include Walmart, Target, Home Depot and McDonald’s.

As of Thursday, 73% of Delawareans 18 and older have received at least one dose of a COVID-19 vaccine, meaning 55.7% of the total population has at least one shot. More than 1 million doses have been administered in total.