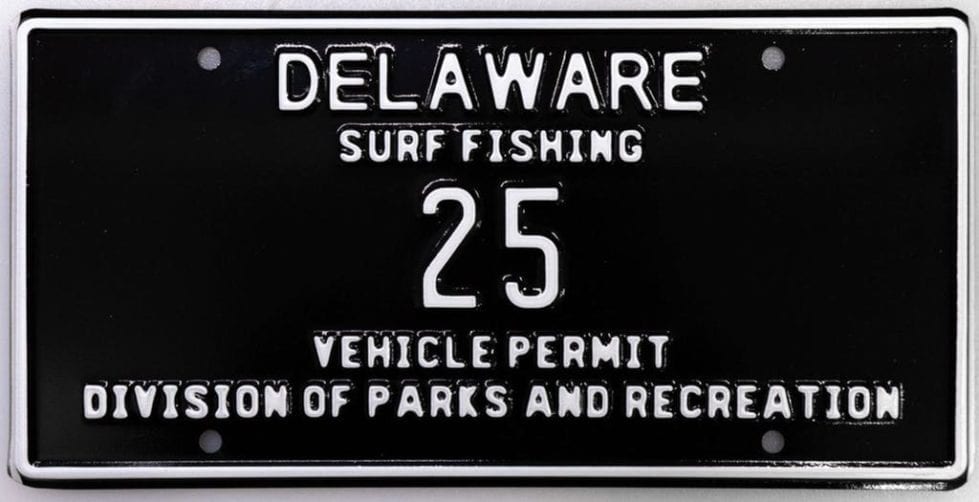 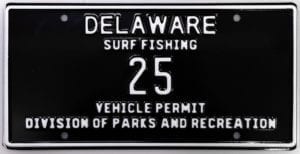 She may sell seashells by the seashore, but sundry surf fishers couldn’t give a sturgeon or swordfish about that.

Those men and women only have eyes for a low-digit surf fishing plate that allows them to drive on that seashore to cast their lines from the sand.

Starting Tuesday, Nov. 22 at 9 a.m., they have a chance to bid on two-, three- and four-digit plates when the Delaware Department of Natural Resources and Environmental Control opens its annual auction of low-digit surf ones online at usgovbid.com.

The minimum bid for a low-digit surf fishing plate is $250.

RELATED STORY: No cap on number of 2023 surf fishing tags

By state law, surf-fishing tags numbered 1 through 200 can only be used on vehicles registered in Delaware.

The auction was authorized by the Delaware General Assembly in 2015.

A low-digit surf fishing plate is not required to drive-on surf fish in Delaware State Parks.

Annual and two-year surf fishing permits from DNREC are expected to go on sale within the next few weeks.

For more information about the auction, go to destateparks.com/LowDigitTags. It includes a list of numbers that are not available.

Once a plate is given to the highest bidder, it can be sold or given to someone else, but there will be a one-time transfer fee of $72. That’s the same amount the DMV charges for the transfer of low-digit black and white tags.