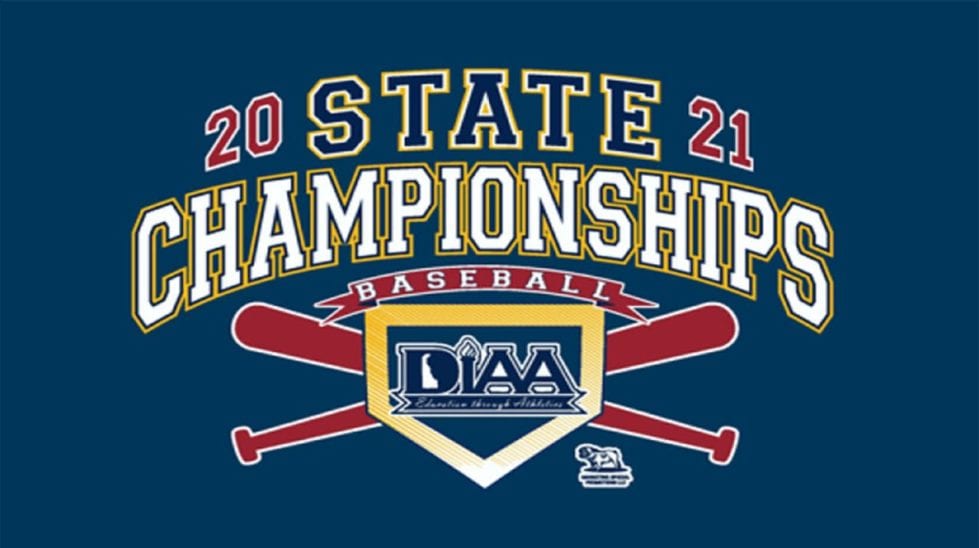 Appoquinimink held St. Mark’s to advance by a score of 3-0 and final between Caravel Academy and Delaware Military Academy would
be even closer.

DMA carried a one-run lead into the seventh inning but that’s when Caravel got hot. Ryan Lester, who pitched a great game for the Bucs, singled to tie the game. The Bucs scored their first two runs to take a 2-1 lead.

Catcher Tyler August took off his gear to enter in relief for Second Team All-State Starter Kevin Williams. August would get the final out and strand runners on second and third for the Bucs.

In the bottom half of the seventh, the Seahawks would answer the call. Junior Mason McCloskey led off the inning for DMA with a liner to center field but Caravel center fielder Anthony Nardo came charging from deep center to try and make a diving play.

The ball bounced before he got there and rolled to the wall, allowing McCloskey to get all the way to third
with a triple.

Then Sophomore Logan Wiley drove Mccloskey home with a sac fly to center to tie the game at 2-2 in seventh. Later in the inning, with two  outs, leadoff hitter and UD commit Jackson Tyer doubled down the left-field line. Tyer advanced to third on a passed ball and set up  sophomore Drew Simpson to win the game for DMA.

Simpson lined one into shallow right field, just out of the glove of Caravel’s second baseman Logan Boettcher for the game-winning hit. Ter would touch home and blow a kiss to the Caravel dugout, punching DMA’s ticket to their first-ever state title game.

Kevin Williams went 6 ⅔ with 5 Ks and a no-decision as August gets the win on the mound for the Seahawks.

Caravel’s Jared Hoffman doubled and tripled in the loss. Logan Boettcher also had two hits for the Bucs.

Williams and Tyer doubled for DMA and McCloskey had the big triple.