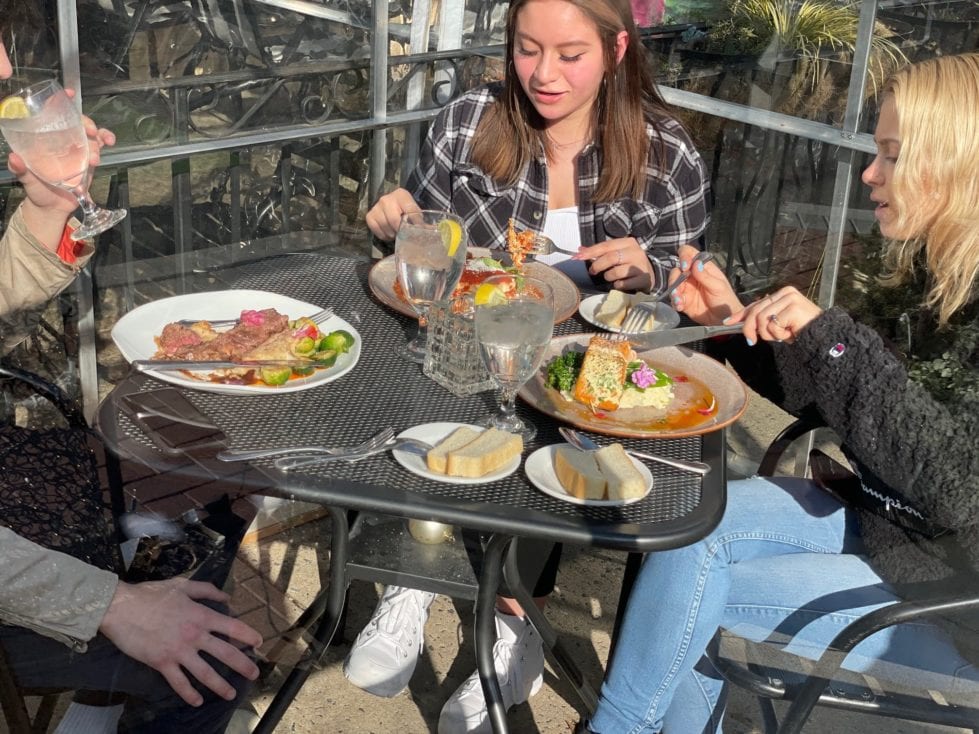 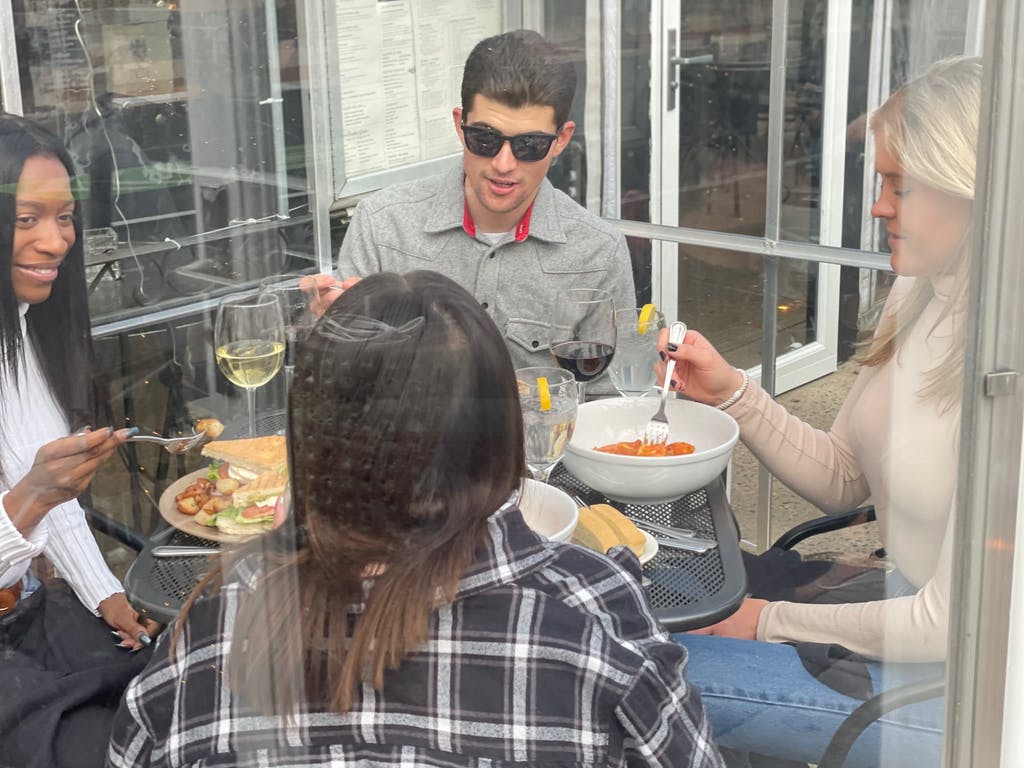 At this time of year, people are typically booking reservations for Easter, Mother’s Day and graduation dinners.

But lately, diners have another cause for celebration: vaccination.

“Recently we had two baby boomer couples come in for lunch because Dr. [Anthony] Fauci said it was OK for small groups of vaccinated people to dine together,” said Chuck Lewis, general manager of Buckley’s Tavern in Centreville.

Lewis is now greeting customers that he hasn’t seen in years.  He is not the only one.

Megan Kee, who owns three restaurants in downtown Rehoboth, has seen many “first-time COVID diners” who haven’t eaten out since the pandemic started.

The vaccine coupled with warm weather is giving a boost to the local restaurant industry. But while more diners are venturing out, others are still proceeding with caution — even after vaccination.

And although you may need a reservation to dine in many establishments, it’s not because every seat is occupied. Restaurants are still operating at a limited capacity.

That could change soon, too, as the Delaware Restaurant Association continues to lobby for more than 50% indoor capacity, pointing to states such as Maryland that are allowing restaurants to return to 100%.

Indeed, it’s been a long “eight weeks,” joked Xavier Teixido, owner of Harry’s Savoy Grill. He is referring to the amount of time he thought he’d be closed in March 2020. At the start of the pandemic, he and other owners hoped to be open by Mother’s Day.

COVID-19 had other ideas. Restaurant dining rooms were closed from March to June, with many switching to takeout to help pay the bills. Afterward, they were limited to between 30% and 60% capacity based on the fire code. The capacity went down when cases skyrocketed.

Some people continued to dine.

“I felt comfortable the entire time,” said Jennifer Halligan, a Brandywine Hundred resident. “Every place where I dined was extremely clean and following tight protocols. No worries here.”

But Melinda Hyde Girardi limited her restaurant experiences to outdoor dining. She hadn’t been to a restaurant since August. Then the Lewes resident received the vaccine.

“I’ve actually gone out to dinner two times in the past three weeks,” she says. “It was delightful!”

Not surprisingly, many restaurateurs began noticing a spike over Valentines’ Day weekend.

“We were as busy as we could be on Feb. 13 and Feb. 14,” said Dana Banks, owner of The Parkway in downtown Bethany Beach.

The vaccine, however, could be a game-changer.

Banks has run into customers who say they will visit her as soon as they get their second shot.

At Stoney’s British Pub in North Wilmington, owner Mike Stone has been busier on recent weekends than he was all winter.

“The older set has told me they feel much safer after being vaccinated, although many of our regulars have always felt safe inside our room,” he said.

But other newly vaccinated Delawareans are still cautious.

“We are now both vaccinated and are ready to venture out but are still cautious about where we go,” said Jane Goldberg, who with her husband Steve dined inside just three restaurants last year.

Those who would still rather eat outside were in luck this week when the temperatures climbed into the 70s.

“People are going to be more apt to sit outside,” noted Ryan German, who has added at least three additional outside dining spots to Caffe Gelato in downtown Newark.

He also credits promotions such as a dinner with Julian Van Winkle, the third-generation owner of Old Rip Van Winkle Distillery.

To greet newly vaccinated in-house diners, German is offering $25 off the check to couples who are both fully vaccinated. (The discount is a one-time deal.)

Teixido thinks people need to feel a lot more confident before the numbers will climb significantly. While reservations are recommended these days, it does not mean things are back to normal.

“People call and say, ‘I tried to get a reservation, but you were booked. Congratulations, you must be killing it,’” he said. “The reality is that there is very little capacity out there. If we were at 100%, we wouldn’t get to close our 2019 capacities due to less demand.”

When it comes to consumer confidence, the tipping point will be when there is a significant gap between the number of positive cases and the number of vaccinated individuals, he said. Younger diners will be more apt to take the plunge and dine out again.

Like other restaurant owners who’ve seated more diners, Tyler Akin credits the weather and vaccines. But are other factors.

“The whole vibe in the community is so much more optimistic than it was over the last several months,” said the chef, who owns Le Cavalier at the Hotel du Pont.

“Declining case counts and hospitalizations and the accompanying news coverage of a healthier reality for Delaware are a big part as well,” he maintained. “Overall, the tenor of media coverage has shifted from doom and gloom to a sense that there is light at the end of the tunnel.”