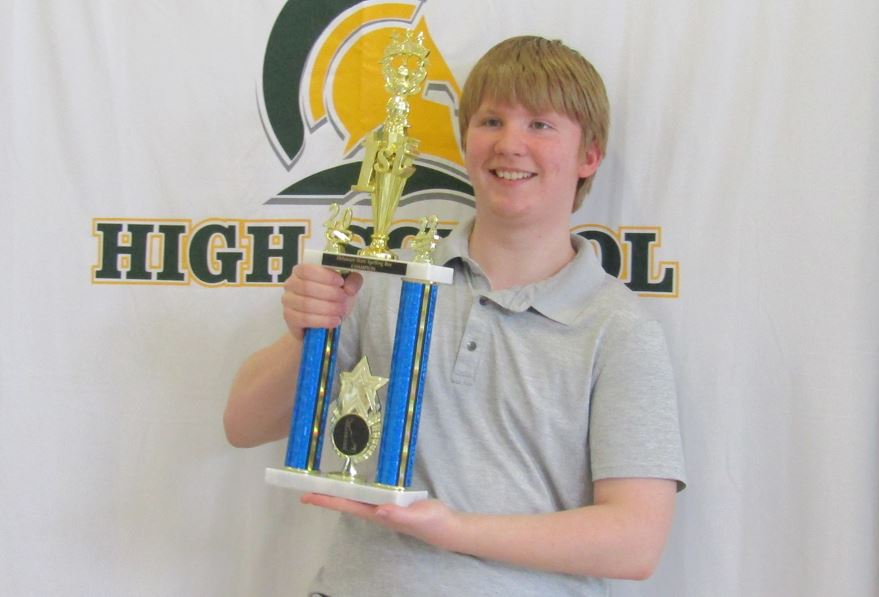 Billy Scialla can thank The Hulk for his 2022 Delaware spelling bee title.

Out of the 12 words he spelled correctly to win, only one gave him pause.

But then his love for films came to the rescue.

“I remembered that one Avengers movie when Hulk calls Loki a ‘puny god,’” he said. “I heard it over and over again in my head — puny god, puny god, punily, and then I had it.”

Surrogate is the word that clinched eighth grader Billy Scialla’s victory and a shot at the national competition and its $50,000 grand prize. He defeated 44 other First State spellers.

The 2022 spelling king, a student at Fifer Middle School in Camden, punched his ticket to the big show March 5 in the state competition at St. Mark’s High School.

Besides being hit with punily, his 11 rounds were smooth sailing, said Billy.

Billy’s mom, Michele, did not have the same confidence as her son. She said she was way more nervous than Billy, shaking in her seat at every word as the 12 rounds progressed.

“Well, of course I expected him to do well, but I did not expect him to win,” she said. “There’s been a surprising amount of attention on him now, which is really awesome.”

His friends all cheered him after his victory, in the way eighth grade boys know best.

“They’re telling me I’m going to get all the girls,” Billy said. “And I just keep telling them, ‘It’s not like I’m a football player. Let’s not get too crazy.”

One of his prizes from his March 5 victory was a 2022 United States Mint Proof Set.

The collection doesn’t arrive until June, but Billy knows who’s getting the first look at it.

“My grandfather is really big into coins, so he’s gonna be very proud of me and impressed,” said Billy.

Scialla is a big fan of fantasy science fiction movies. He said his spelling success can be attributed to this passion, because he watches movies with closed captions on and will identify all the “fancy words” and write them down on paper.

An aspiring writer, he’s been sure about his career goals since his younger years.

He’s also a huge gamer, reader and fan of Comic-Con.

“I really believe that I was put on this earth to write and have some fun with you know, gaming and Comic-Con as a writer,” he said. “It’s always fun covering those things.”

Billy hopes to one day attend Princeton University. He said Harvard is definitely an option, but it’s a bit too far away from home for his liking.

“I’m sure Princeton will be happy to know that you’re willing to settle on them,” his mom said jokingly.

Billy likes his odds amongst the 200 regional champions at the national contest.

The Scripps National Spelling Bee will be June 2 in Washington, D.C. It will be televised on ESPN.

The $50,000 national prize would be nice, Billy said, but he says he wants the real grand prize: