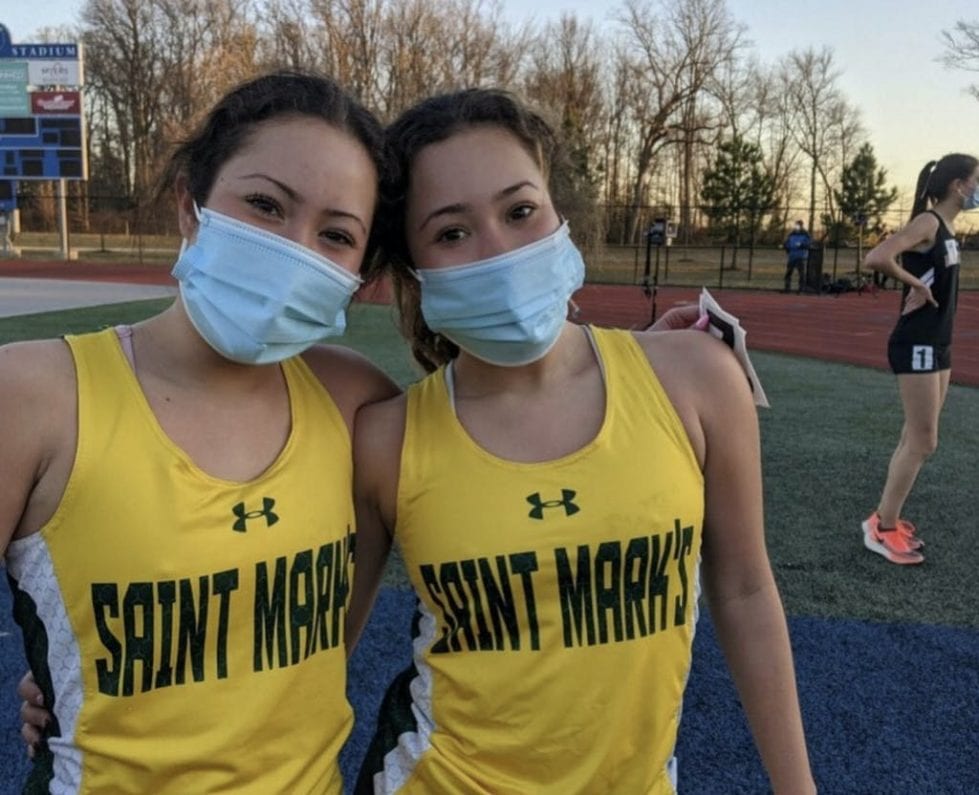 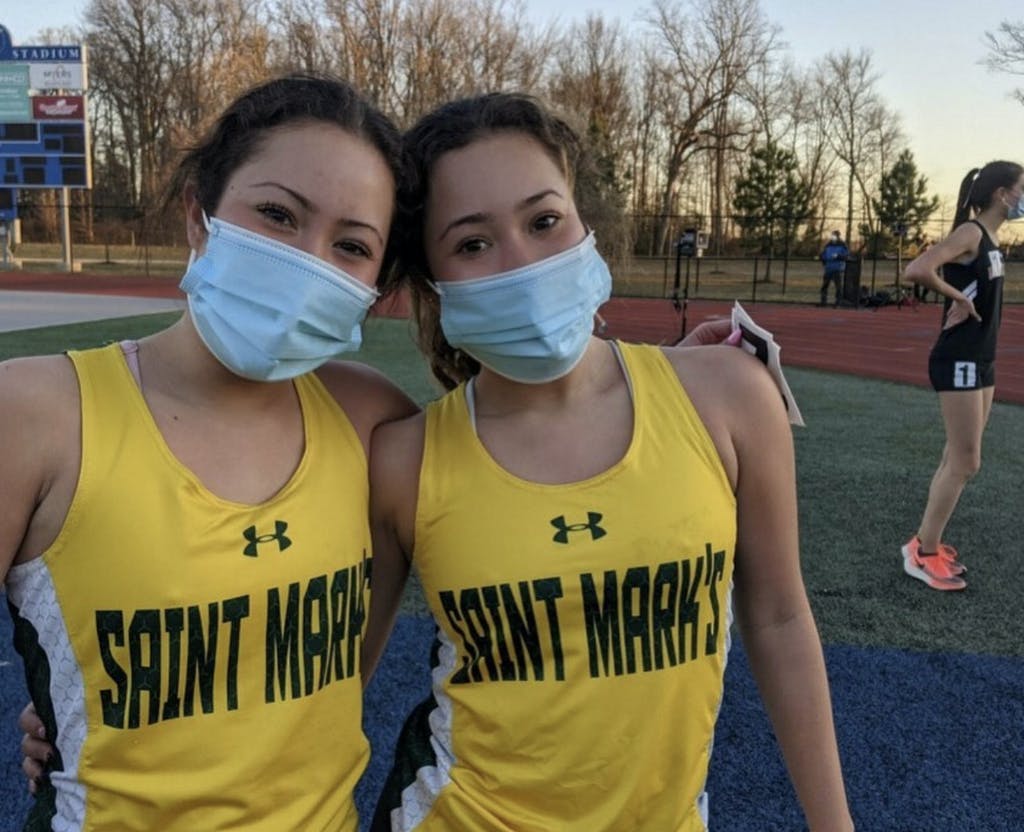 It took months of difficult training and persevering through the continuing challenges of the COVID-19 pandemic, but it was all worth it when Tiffany and Stephanie Herrera of Saint Mark’s High School finished first and second recently in the 3,200-meter event at the Delaware Indoor Track State Championships.

It was more of the same for Tiffany, who claimed the crown for the third straight year.

But for her twin sister’s final time of 11:21.67, just 11 seconds behind her sister, was by far the best she’s posted in the girls’ favorite event.

“I was really happy about the race and seeing Tiffany in front of me definitely got me to push faster,” says Stephanie. “This is a great moment that nobody can take away from us.”

During a challenging year, the Herrera twins trained all season with particular goals in mind, including finishing first and second at the state championship in their signature event.

Saint Mark’s Head Track Coach Mike DiGennaro wasn’t surprised by the outcome, though Stephanie’s career best was even more than he could have hoped for.

“These girls are the most competitive runners I’ve ever trained as far as their desire to get better every single day,” says the 42-year-old coach. “They’ve been leading by example ever since their first practice. They really work hard and set a good example for the rest of the team.

“For Stephanie, we were hoping she would get second in this race, but for her to drop 45 seconds was amazing.”

The 3,200 meters is a favorite for the captains of the Saint Mark’s girl’s track team and has been for some time. They say the length of the race gives them time to strategize and think about what moves they want to make and when.

Tiffany Herrera now has a rare chance to win a state championship in her favorite event four years in a row, a goal she won’t stop working toward until it becomes reality in 2022.

“I would be really happy if that happens and it would definitely make my senior year,” she admits. “That’s now my goal for next year.”

As for Stephanie’s future goals, she says with a slight chuckle that she would one day like to finish ahead of her sister and training partner.

“We’ve been thinking that it would be nice to be with each other in college, but it would also be nice to go to different schools and run against each other,” says Stephanie. “I’d like to one day beat Tiffany or at least make the gap smaller.”

The Herrera twins, who are currently juniors, have been standouts for Saint Mark’s since the day they walked onto the track freshman year.

But they haven’t always been stars on the track, only taking up the sport as eighth graders on the advice of other coaches. It’s turned out pretty well for the sisters, who are now captains and leaders of the Saint Mark’s girls team.

“They’re both extremely committed to the sport and their teammates and it’s a lot of fun coaching them,” says DiGennaro. “Not only do they work hard, but they’re always in a good mood and they make it fun for everyone.”

With the winter season now behind them, it’s time for the Herrera twins to turn their thoughts to the spring track season.

Their goals include taking first and second place in the 1,600 and 3,200-meter events at the state championship meet.