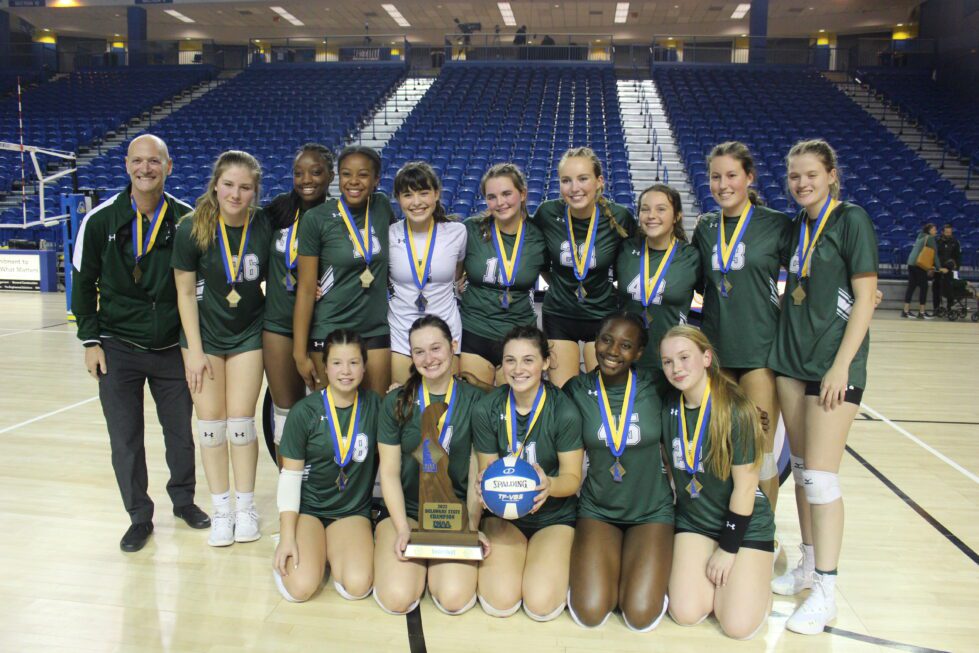 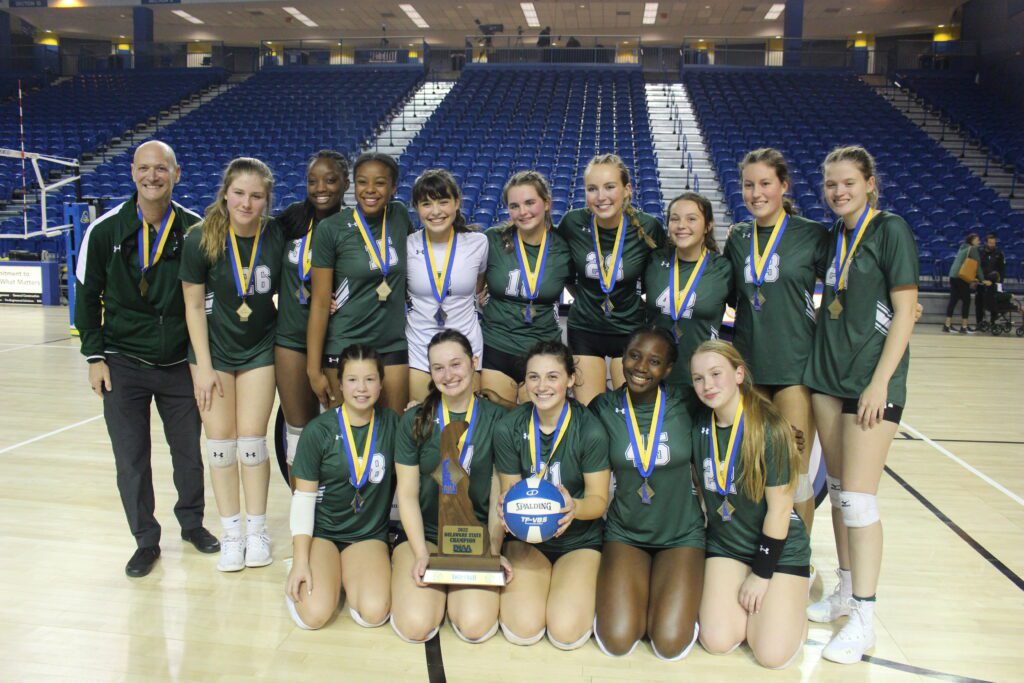 NEWARK — Chloe Sachs had dreamed about playing volleyball at the Bob Carpenter Center for the past 10 years. She was in the stands as a second-grader as Tower Hill, coached by her father, Mike, competed in the DIAA championship match as the 11th seed against Padua, falling in straight sets.

On Nov. 14, the Hillers were back in the final, this time as the ninth seed, and the opponent was No. 3 Saint Mark’s. Chloe Sachs indeed was on the floor — all over it, in fact — helping give her dad and her school their first state championship with a stunning 3-0 sweep of the Spartans.

As Chloe Sachs and her teammates celebrated with the Tower Hill students who made the trip to Newark, she clutched the state championship trophy and appeared unlikely to let it go any time soon. This, she said, was what she had wanted since that night years ago.

“I was never really focused on clubs or playing in college. For me, it was finishing at the Bob with this trophy in my hands. So, it pretty much feels like everything I wanted for my senior year,” she said.

Sachs gave the crowd a peek at what was to come on the first point of the night, a kill that jump-started an impressive first set for Tower. She had the set to Reagan Squire on match point. In between, she and her teammates put the ball in the right spots all night and played stellar defense to pull off the upset.

They stunned the Spartans and the crowd by taking a 21-7 lead in the first set, but Mike Sachs warned his team not to expect things to remain that easy.

“I said, ‘Look, our plan is working, but there is no way it’s going to continue to work this well. Nancy’s a great coach. I know they’re going to make adjustments,’” he said. “They made adjustments and tightened the match up. It was nice to see, even when they tightened it up, that we were able to keep our composure.”

Saint Mark’s started the second on a 6-0 run, but the Hillers stormed back. They forged a 15-12 lead, with Molly Pietlock leading the way. Saint Mark’s tied it up on three straight Hillers unforced errors, after which the Spartans took nine one-point leads, just to see the Hillers tie the score. The last Spartans lead came at 24-23, but Sachs tied the score with a kill, and Meghan Mumford sealed the set with consecutive aces.

The Hillers broke open a tight third set with a 4-0 run that ended with a Lydia Spencer smash that made it 16-10. A kill by Julia Yurkovich pulled Saint Mark’s to within three for the last time at 17-14, but Pietlock and Riley Brinsfield helped Tower withstand a series of kills by Yurkovich.

With the Hillers on the cusp of winning the title, Malani Maycole gave the Spartans hope with three straight blocks that made it 24-20, but Sachs set Squire’s winning attack, and the Hillers could breathe easier.

“It feels surreal. I can’t believe it. I’m just so happy,” Squire said. “I was in shock. My whole body went numb. It was crazy.”

Mike Sachs said his team believed in themselves, and it showed as they knocked off top-seeded Smyrna and No. 5 Caravel before tackling Saint Mark’s. It was a sign of maturity, he related.

“They really played together as a team, and they really grew up this year. They were able to let any mistake go. Sometimes, we were rolling, but there were times we just had to gut it out, and they let the last point go and get on to the next point,” he said.

Wearing her gold medal around her neck, Pietlock praised her team for sticking to their game plan and not getting intimidated by the Spartans. She was already thinking ahead to the team’s next activity.

“I think dinner and some ice cream,” she said. “It’s going to be a good night.”