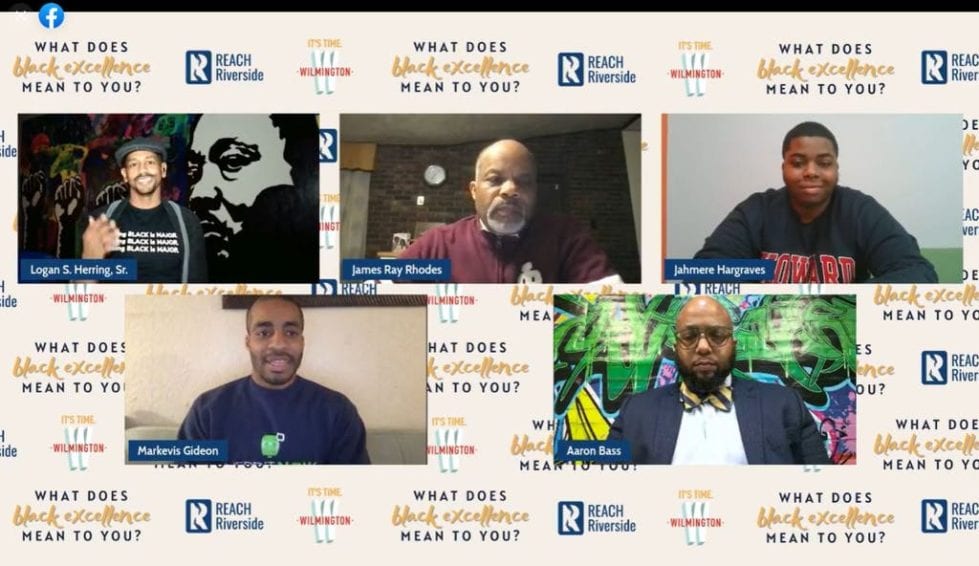 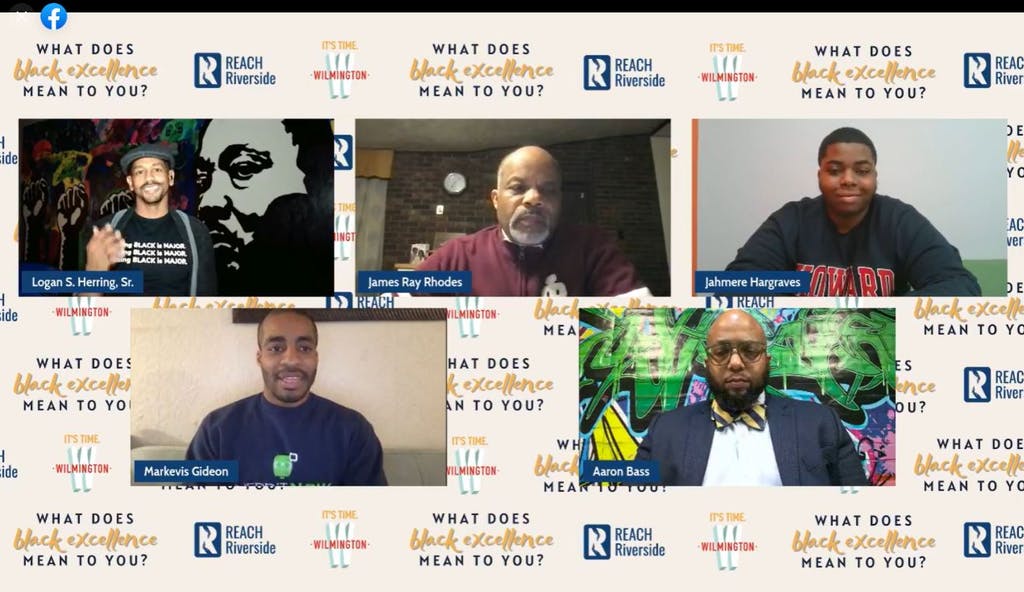 Jahmere Hargraves grew up in an impoverished Wilmington neighborhood, where he saw a
limited pool of possibilities for his future: Gangs, drugs, a continued cycle of poverty and lack of
higher education.

“I never took that route,” Hargraves, now 18 and college-bound with a 4.2 GPA, said during a
virtual panel Thursday evening in honor of Black History Month.

That’s because Hargraves began working at the Teen Warehouse, a nonprofit self-described as
“by teens for teens” that provides students with access to technology, SAT training, arts, and
employment and life experiences.

As of Feb. 25, the evening Hargraves and four other Black male leaders came together virtually
to celebrate Black excellence in Wilmington, Hargraves had been accepted into 16 universities,
with $800,000 in scholarship money.

He’s waiting to hear back from eight more, and just had an interview at Harvard University.

The success of Hargraves and the four other panelists during Thursday’s virtual event shared
one commonality: Growing up, they had Black role models who lifted them up, kept them in
check, and showed them what success looks like.

“Getting around black people who were thriving shifted my life as a whole,” Hargraves said.

That was the center of Thursday’s discussion, which can be watched on Facebook. The
discussion was brought forth by a partnership between It’s Time Wilmington and REACH
Riverside.

Here are a few takeaways from the panel.

It takes one person

Markevis Gideon is the founder of NerdIt Now, a mobile computer and cell phone repair
business. But as a kid, the Wilmington native wasn’t focused on technology or education.

“As a young Black man growing up in the city of Wilmington, to two parents who didn’t graduate
high school, the last thing on my mind was going to college,” Gideon said. “We couldn’t afford it,
and we didn’t need it apparently because my parents were surviving.”

Gideon didn’t have a laptop either, until his middle school teacher handed him an old model and
said, “Here, your family doesn’t have a computer, have it.”

That gesture changed Gideon’s trajectory. It showed him that he could have a career in
technology. And that’s just what he did, graduating with two degrees and starting his own
business that he eventually pitched on Shark Tank.

Gideon founded Nerdit Now with the belief that everyone should have access to technology –
and that he could be the person his middle school teacher was to him.

It takes a village, too

When James Ray Rhodes came home with two Cs on his report card, his mother made him quit
the basketball team and stay in his room to study.

For 12 weeks, Rhodes read about his heritage, his culture and his school subjects.

The next marking period, he got all As and ended up graduating first in his class.

His success wasn’t handed to him on a silver platter: He was more so given a “rusty fork”
growing up, joked Rhodes, who is now the executive director of the Christina Cultural Arts
Center, which aims to change the trajectory of children’s lives through the infusion of the
arts.

But he had a network of adults who kept him on the right path.

“For me there was always someone there to push me or pull me when I seemed to get off track,”
Rhodes said. “I had the same things our students faced: There were gangs, drugs. But I had
folks say, ‘You’re not going in that direction. You’re going this way.’”

When Rhodes became a teacher himself, he realized two of his students were at a first grade
math level.

“So I gave them first grade work,” he said. “I engaged them.”

His classroom went from 26% of students who passed the state exam to well above half.

“A lot of these kids today, they have dreams and aspirations but they don’t have mentors. They
get discouraged easily,” Rhodes said. “We need to get a network up of mentoring.”

Aaron Bass wants to see more Black teachers in schools. As the CEO of East Side Charter
School, he knows what it means to have a role model who looks like him and shares the
experience of being Black in America.

During the panel discussion, Bass cited a study that found having a Black male teacher
increased the number of Black college-bound students and decreased the dropout rate.

“Just having a Black male between 3rd and 5th grade had a huge impact on success later in
life,” Bass said. “That means representation matters. We need to figure out how to encourage
young men to get into the (teaching) profession.”

Language has a huge impact on young students too, according to Rhodes.

“We keep hearing the narrative ‘at risk, at risk.’ I think this pandemic has proven that we’re all in
some way at risk,” Rhodes said. “So if we’re all at risk, why do we keep using that term for
certain students?

On March 25, in honor of Women’s History Month, five Black female leaders in Wilmington will
discuss their experiences growing up in the city and what Black excellence means to them.
More information can be found on the event’s Facebook page.