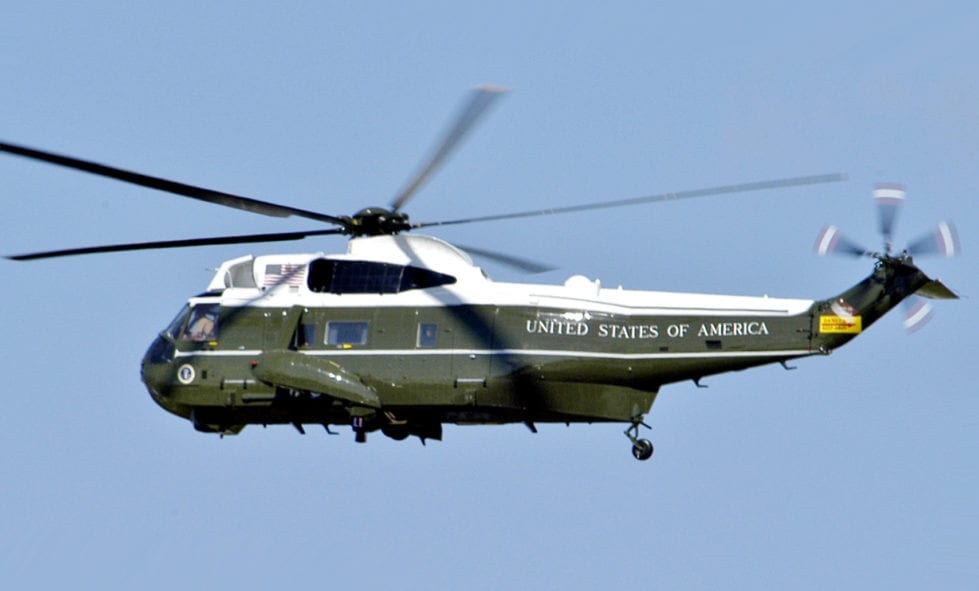 Helicopters like the Marine One were seen flying over Sussex County and at Rehoboth Beach. Photo from Wikipedia Commons.

Three Marine Ones have been seen flying over Sussex County, the Department of Natural Resources and Environmental Control is closing parts of the Gordon Pond trail and local airports just received directives creating a temporary flight restriction from Wednesday at 5:45 p.m. to 11 a.m. on Friday.

No planes are allowed within 7.6 nautical miles of the private North Shores community and beach where the Bidens house is located.

While CNN has reported Biden will go to Rehoboth Beach Wednesday, the White House hasn’t released the president’s schedule.

DNREC said Tuesday that the Gordons Pond parking area, pavilion, beach area and surf fishing vehicle crossing at the southern end of Cape Henlopen State Park will be closed on Wednesday, June 2 and on Friday, June 4 for a security event coordinated among local, state and federal authorities.

There will also be intermittent periods on Wednesday, Thursday and Friday when the southernmost portion of the Gordons Pond trail within the park will be closed.

That goes along with people posting about an increase in helicopter traffic.

Posts on the NextDoor app in the last week had people spotting large black helicopters and wondering.

The Department of Natural Resources and Environmental Control later confirmed there was a test run at the Gordon’s Pond parking lot for landing a helicopter like Marine One, a Sikorsky VH-92A  helicopter. DNREC has not commented on whether the parking lot needed renovations or extra supports put in to create the landing space.

So, convoys of big black SUVs, police cars and ambulances may occasionally take over the Coastal Highway  with longer lines at ice cream stores (a favorite stop in warm weather for the president).