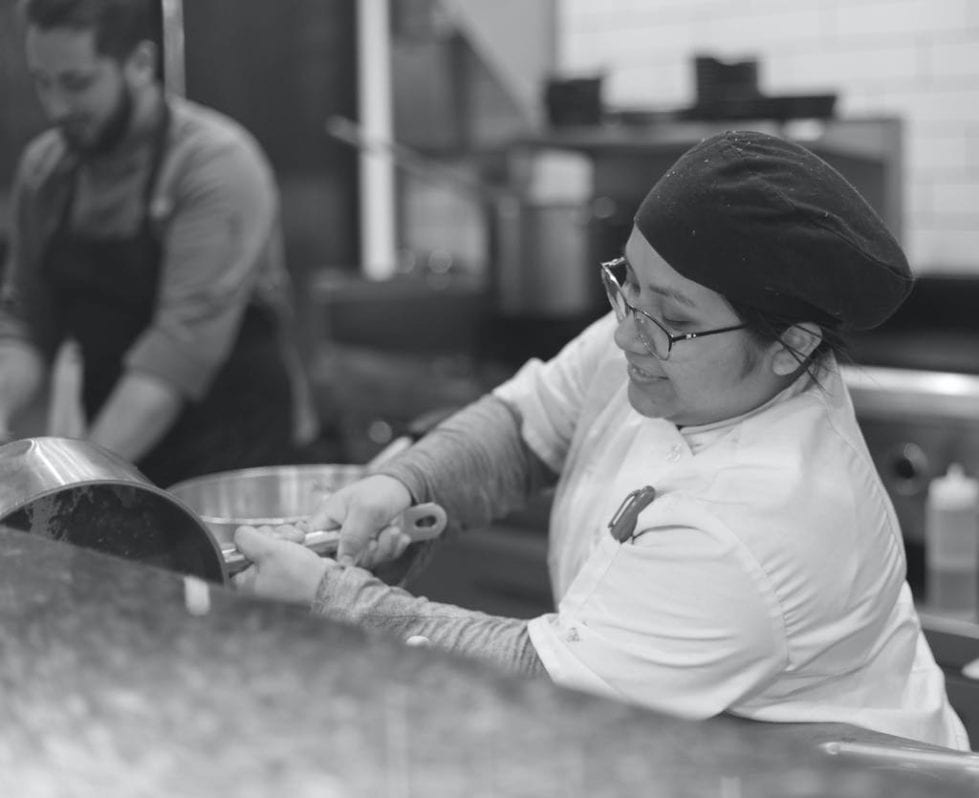 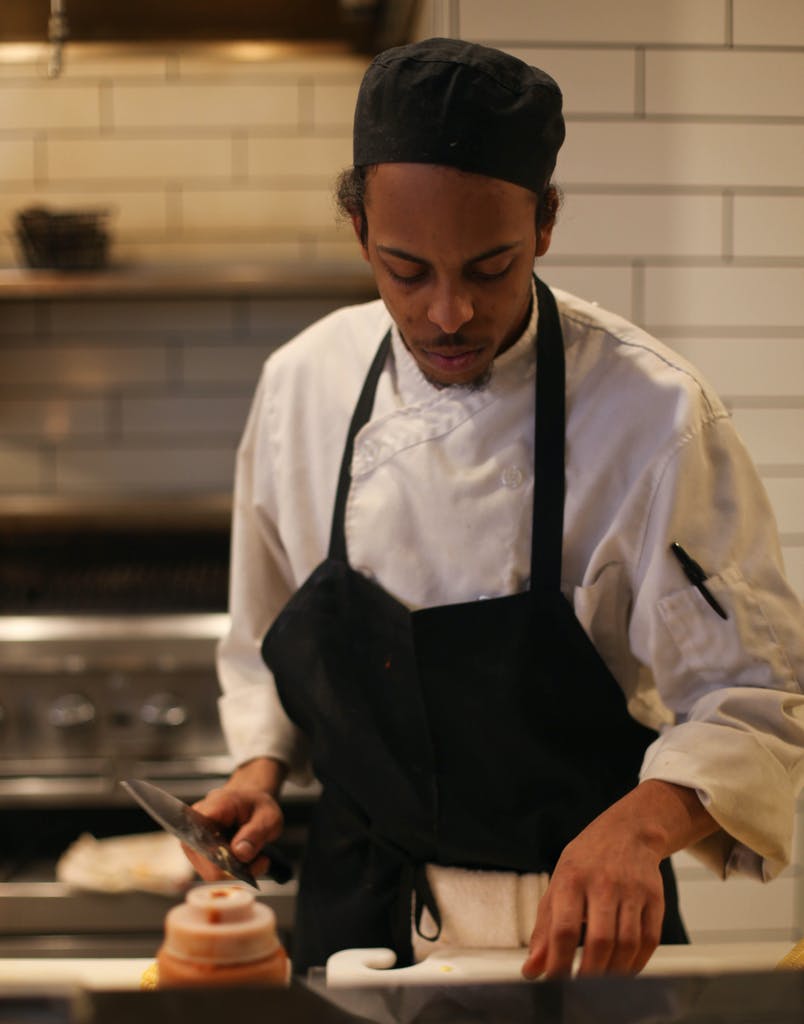 Restaurateurs are listening with great alarm to state and national talk about raising minimum wage to $15 an hour.

Carl Georigi, CEO of the Platinum Dining Group, says that raising minimum wage from $9.25 an hour to $11 by next year — the first hike a state bill proposes on the way to $15 by 2026 —  would cost his six New Castle County restaurants millions.

Ryan German, who owns Caffe Gelato in Newark, says he fears it will keep high school and college age workers from getting jobs in the industry, partly because they generally are starting first jobs with no skills.

Scott Kammerer, president of Sodel Concepts, which owns 12 restaurants in Sussex County, and is chairman of the board of the Delaware Restaurant Association, says a higher minimum wage would force mom and pop restaurants to hire fewer people, shorten operating hours or even go out of business. Larger ones could be forced to consider reducing benefits.

“You’re asking an industry that has been decimated and lost over $1 billion in revenue to now navigate through increased minimum wage at a time when we are our most vulnerable,” Georigi says, referring to the COVID-19 pandemic. “It’s a huge concern, to say the least.”

A proposed bill to raise minimum wage to $15 an hour has been floating among Delaware legislators for nearly two months. It’s not a new idea and has been shot down before.

Raising minimum wage has long been a plank in Democratic election platforms nationwide, including President Joe Biden’s.  They believe it will help raise people out of poverty and economic straits.

Biden announced last week that he would seek a federal minimum wage hike “to at least $15 an hour” as part of a $1.9 trillion coronavirus aid package. On Friday, his office said he was signing an executive order to start the process to require federal contractors to pay all employees at least $15. 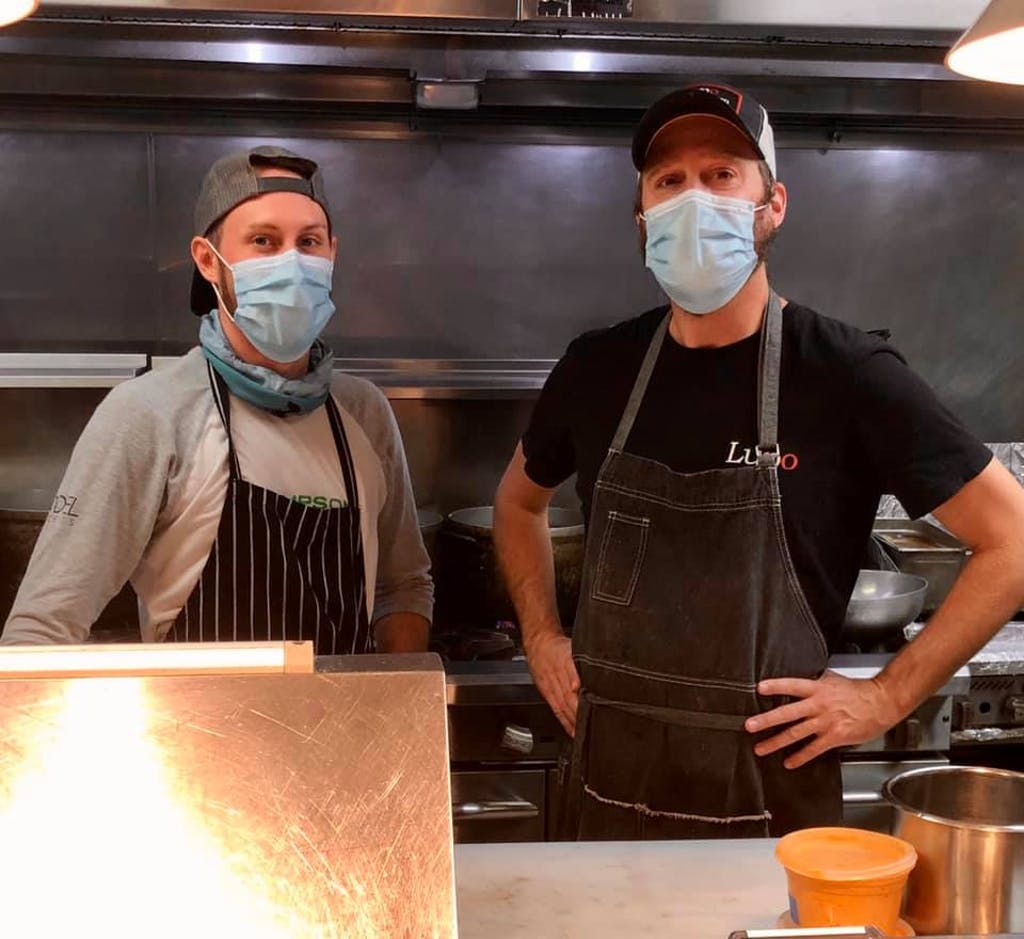 Walsh, who is head of the Senate Labor Committee, said it was “too early to really know what would happen at the federal level” when asked how Biden’s moves would affect his bill.

The bill draft that was circulated last year included a clause specifying that if a federal minimum wage was established that’s higher than Delaware’s, the First State’s minimum wage immediately would be raised to match that.

Biden’s move to set a rate that contractors must pay is not the same as raising federal  minimum wage, which would require legislation, said Anthony Delcollo, a former state representative who is now the Delaware Senate Republican attorney. The new rule would be just another requirement, such as the ones that prohibit discrimination.

Requiring higher pay for contracts would, however, provide a push toward a higher minimum wage, Delcollo said.

Walsh has said that he floated the bill early to start conversations. A week ago, he texted that he’s still working with all advocates on the final language for the bill.

Restaurants are still 20 percent below the number of employees they had a year ago, she said.

She pointed out that the state three times has offered grants and other financial assistance to restaurants, which were closed in March as the pandemic hit. They were allowed to open with restrictions on how many people they could serve inside. Those numbers were raised, then cut as COVID-19 cases rose and then the state imposed a curfew through the holidays that’s just been lifted.

“We are in a time when restaurants have no profits,” Leishman said. “We need legislation that helps put people back to work. That should be the priority of the legislature.”

Delaware isn’t the only state where minimum wage is a topic. New York and California raised minimum wage to $15 an hour in 2016. Other states have followed suit, including Massachusetts, Connecticut, Illinois, Maryland, New Jersey and even Florida, which voted for a $15 minimum wage the same day it chose Donald Trump for president. 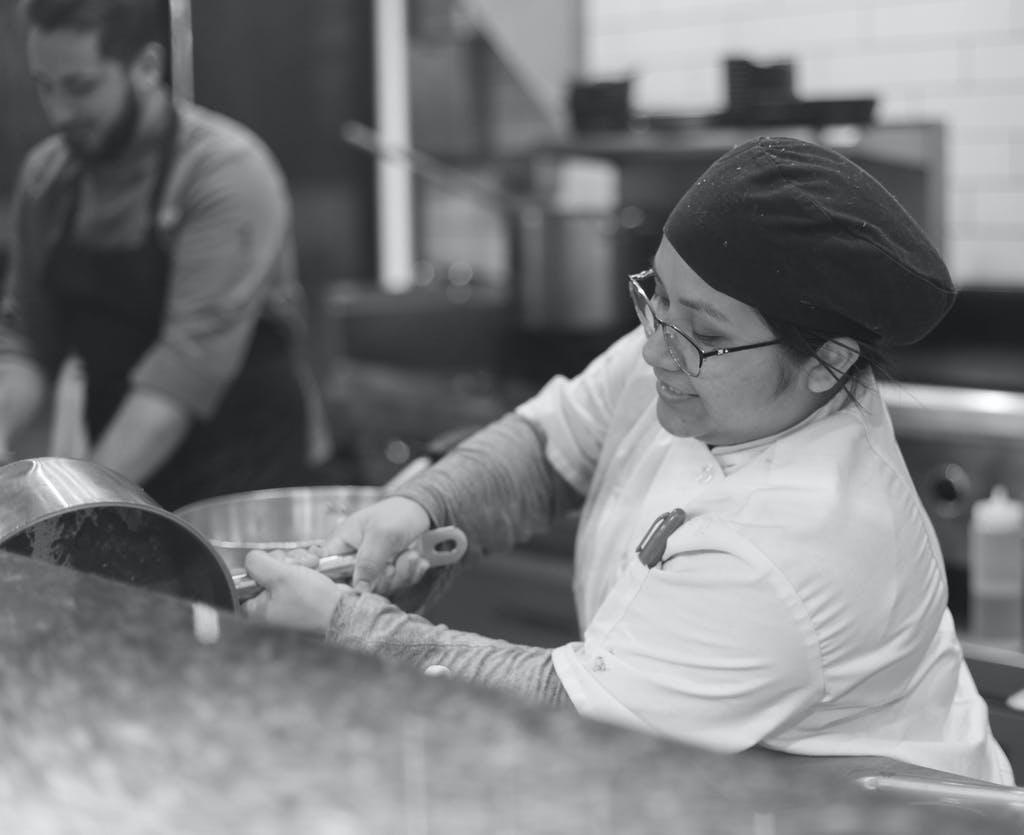 Workers — pre-COVID — in the kitchen of El Camino Mexican Restaurant in Wilmington. Photo by Lisa Georigi

If minimum wage is raised, German said, he doesn’t think he’ll be able to follow through with plans for a summer initiative to hire high school students to help them get some experience and a notch on their resumes. He’d hoped to do it last year, but the program was whacked by COVID-19.

“Personally for me in our restaurant, if the starting wage is $15, I think we have to look for more experienced, very reliable individuals who we know can produce at that $15 an hour rate,” German said.

The restaurant owners said they worry about the unintended consequences of a $15 minimum wage. Many have workers who will not accept extra hours because they said the extra cash could cause them to lose state benefits such as food, childcare and healthcare programs.

The extra pay through overtime and extra hours aren’t enough to pay for those things themselves, the restaurateurs say they are told by employees.

Many wondered how much a $15 an hour wage hike would help.

The Congressional Budget office has said raising minimum wage to $15 would raise the incomes of about 17 million people, pulling 1.3 million Americans out of poverty. Another 1.3 million likely would lose their jobs, the report said.

Georigi pointed out that raising the minimum wage from just $9.25 an hour to $11 an hour is a 21 percent increase. But then those such as line or prep cooks who are being paid more than that now will expect raises, too, he said. 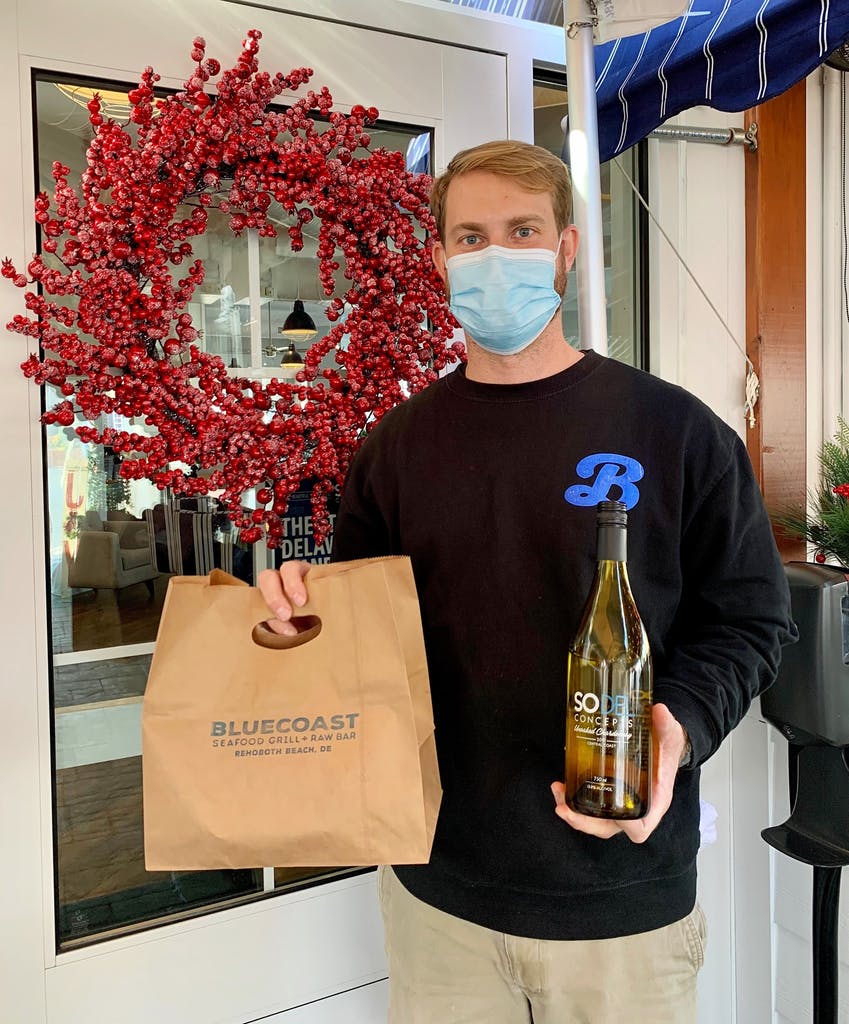 He has friends in California and Seattle, where minimum wage was raised to $15.

“It lowered their margins,” he said. “You can only pass so much on to the customer. We’ve all heard that argument: ‘Is everybody ready to pay $30 for a cheeseburger?’ At some point, you just can’t raise your prices any more.”

Restaurants will look to make cuts in other areas, he said.

Those reductions, the restaurateurs said, will severely impact what they call their industry of second chances.

Restaurants are known for hiring people other employers won’t take a chance on, including people recovering from substance abuse, former convicts, those previously homeless and those with disabilities or who are limited to only working a few hours at a time for some reason.

It’s a reputation that many nonprofits up and down the state have targeting by instituting culinary and hospitality programs to help their clients get a foothold in the job world and a chance at a career.

“Those types of employees that are experiencing a second chance could be the very ones that end up losing jobs as employers are looking to make cuts to offset their increase in payroll cost and labor cost,” Georigi said.

Most restaurant owners favor letting the market set the rate for pay.

“These are entry level jobs,” Georigi said. “They are typically lower skill jobs, and people are just looking to get their foot in the door and get started on a career. That’s what makes restaurants so enticing. We can provide a path for everybody, regardless of education or background.”

At Delaware beaches, says Kammerer, experienced help is at a premium, and Sodel already pays workers more than $15 an hour, he said. His company employees about 1,800 when it’s running at full tilt.

Many mom and pop restaurants can’t afford that $15, he said.

Having to suddenly pay everyone more may force many restaurants to cut the number of employees, cut worker hours, offer more expensive health care and cut 401k plans, he said.

“The net result in employee paychecks won’t be more,” Kammerer said. “It will most likely be less.”

He wants the legislature to put any talk of minimum wage on hold and commission a study about what would actually happen, including unintended consequences.

Legislators may even want to consider taking classes from the Small Business Administration about what it takes to run a business so they could better understand the challenges, he suggested.

“Right now all restaurants want to hire and retain the best people they can, and they want to treat their people the best they can so they continue to work,” Kammerer said. “I think restaurants and the legislature are trying to do the same thing, but I think the way they are going about it, by adding barriers, is not the best way. They need to remove the barriers and not create challenges.”