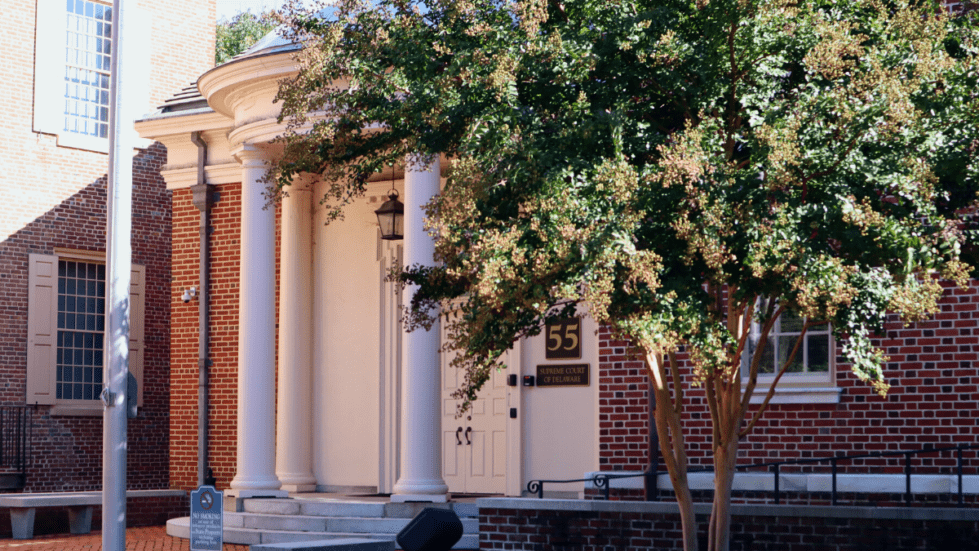 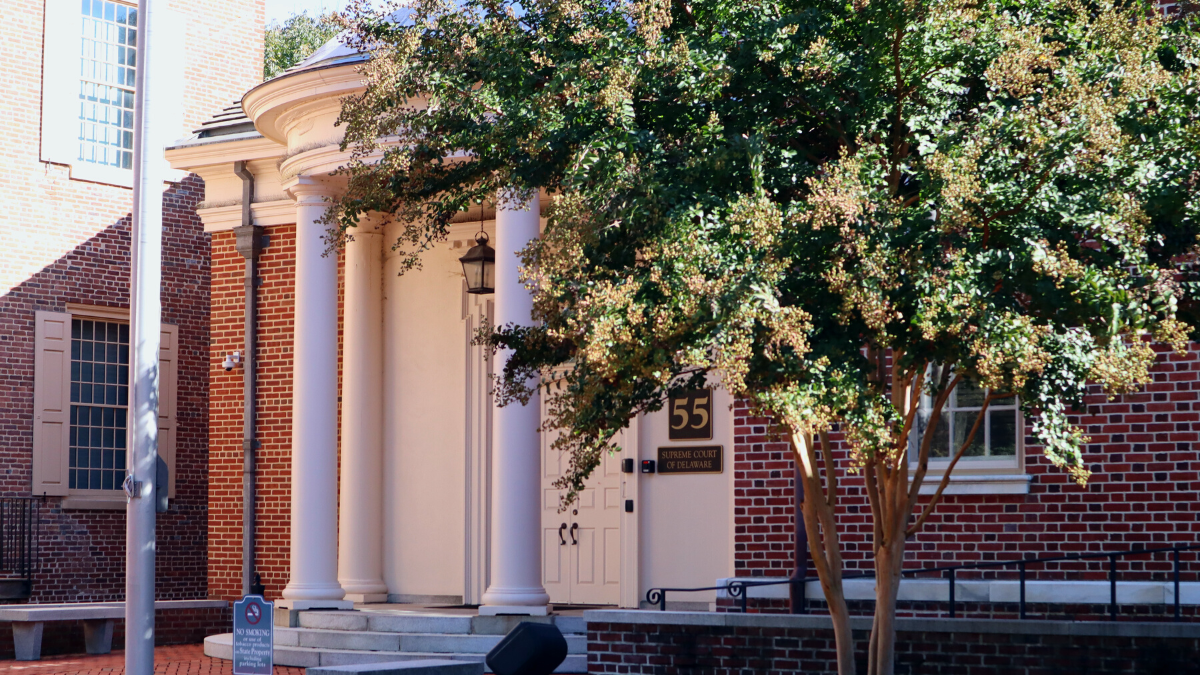 The fate of Delaware’s mail-in voting and same-day registration statutes — and Delawareans’ ability to do both in the Nov. 8 general election — rests in the hands of the Delaware Supreme Court.

The court heard oral arguments on the matter Thursday in Dover.

Depending on its decision, the vote-by-mail statute passed by the General Assembly in July and deemed unconstitutional by the Court of Chancery in September will either be revived or struck down permanently.

The hearing included arguments from each side and a barrage of questions from the five judges. Most of the questions were aimed at the state’s lawyers.

Much of the debate revolved around whether those challenging the statutes have standing, meaning, essentially, ‘Do they have a dog in the fight?’

The justices gave no indication about when they would issue an opinion.

“I think that they appreciate the need to rule promptly so I think we’ll hear something in the next five to six days, probably,” said Jane Brady, one of the attorneys for those challenging the laws.

Julianne Murray, another attorney for those behind the lawsuits, said it’s less a matter of how quickly they decide the case and more about how fast they write the opinion.

In the Chancery Court decision that sent the case to the Supreme Court, Vice Chancellor Nathan Cook said the statute violated the Constitution because it expanded the list of reasons a voter may cast an absentee ballot without amending that section of the Constitution.

Cook said his decision was “compelled” by precedent in a 1972 advisory opinion from the Delaware Supreme Court which cited cases from 1939 and 1942.

In the same ruling, Cook upheld the same-day registration statute.

He later issued a partial stay on the injunction pending the Supreme Court appeal. As a result, the Department of Elections is allowed to continue accepting vote-by-mail applications and preparing, but not distributing, mail-in ballots.

The case is the result of two lawsuits filed just hours after Gov. John Carney signed the mail-in voting bill into law July 22.

Plaintiffs in the first suit, now called “appellees” on the mail-in voting law and “appellants” on the same-day registration law, include Michael Higgin and Michael Mennella, a candidate for state representative and an elections inspector for the last eight elections, respectively. Mennella’s application to be an elections inspector was not accepted this year.

In the second suit, appellees include Ayonne “Nick” Miles, Paul Falkowski and Nancy Smith, who are voters from New Castle, Kent and Sussex Counties.

Attorneys for the Department of Elections argued that the plaintiffs have failed to demonstrate standing, meaning they haven’t shown that the laws have caused or will cause them harm.

Claiming that an ordinary voter has standing is insufficient because the harm has to be particularized, or specific to that person, the state argued.

The elections inspector doesn’t have standing, they said, because his application hasn’t been accepted this year, so he isn’t tasked with enforcing the new laws.

The political candidate doesn’t have standing, they said, because nothing in the record establishes that mail-in votes or same-day registered votes result in the dilution of votes for that candidate.

Justices asked who, then, would have standing to challenge the law.

“Is it your position — I think it is — that, really, there’s no one that has standing to challenge this law,” asked Justice Gary Traynor.

Chief Deputy Attorney General Alexander Mackler said people like the elections commissioner or county elections directors would have standing because they could face criminal penalties if they miscount votes or otherwise violate the law.

Brady argued that candidate Higgin has standing because “counting ballots that are contrary to the constitutional provision negates valid votes and dilutes the impact of the support of those who vote for [him.]”

Mennella has standing, she said, because he “has responsibility for the entirety of the management of his [polling] site.”

Asked how Mennella can have standing when his application for the 2022 general election hasn’t been approved, Brady said the decision not to select him would be in the hands of the Department of Elections, “which I would argue may not be clean hands.”

Attorneys for the Department of Elections argued that the Constitution provides a floor, not a ceiling, for the reasons one may cast an absentee ballot.

They said the Constitution’s list of excuses is exhaustive and cannot be expanded without a Constitutional amendment.

They pointed to the 2020 mail-in voting statute which enabled the practice on a temporary basis during the COVID-19 pandemic.

The General Assembly invoked its emergency authority to pass that law, something plaintiffs argued wouldn’t have been necessary unless the Constitution needed to be circumvented to ensure continuity of government.

Separately, the state legislature unsuccessfully attempted to amend the Constitution to create a permanent no-excuse absentee voting system. It was only after that failed that they passed the current statute, which they said didn’t require an amendment.

The state argued that the General Assembly’s actions are not the basis on which the case before the Supreme Court rests.

The Chancery Court upheld the new same-day registration law, but Higgin and Mennella appealed that portion of the ruling.

Similar to their argument concerning mail-in voting, attorneys for the state argued that the Constitution provides a floor, not a ceiling, for the period of time the state is required to allow voters to register.

The state argues the “at least” at the beginning of that passage indicates that the General Assembly can pass laws outside of that timeframe, so long as that timeframe is maintained, too.

Brady and Murray argued that a simple reading of the Constitution reveals that an amendment is required to expand on the period of time registration is allowed.

Allowing voters to register until the last moments of an election eliminates any opportunity to appeal a registration decision, Brady added.

Justices asked how the Department of Elections could adjudicate issues with last-minute registrants.

“Let’s say, hypothetically, 20 people come into a polling place with their utility bills and they want to register,” said Justice Karen Valihura. “And if there are questions, as I understand it, there’s a red screen and that person has to resolve them, and it’s possible for those red screens to just be overridden.”

Valihura noted that there’s no provisional ballot that would allow the Department of Elections to resolve the concern.

“How do we know those issues are being appropriately resolved? And if they’re just allowed to vote, then there’s no record ever because of confidentiality. Am I wrong about that,” she asked.

“No, you’re not,” Brady responded.