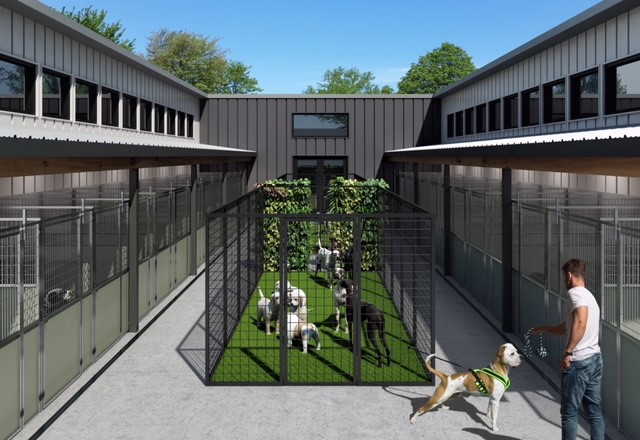 The Delaware Office of the Controller General is developing a standardized application for non-profits to request state grants from the 2023 Bond Bill’s Community Redevelopment Fund.

It will change the customary way those requests have been made.

Now, those seeking one-time money for construction or renovation send requests to state senators and representatives. Lawmakers then send endorsements of requests to the Bond Bill Committee and the Controller General’s office.

A standardized process handled through the Controller General’s office could be a win for those who favor more transparency in government.

The move could make the applications findable through a Freedom of Information Act request. They aren’t now because they often come through legislator emails, which are exempt from FOIA.

The plan for an application was included in the 2022 Bond Bill, now in effect. In epilogue section 32, it said any awards for fiscal year 2023 will include an application process approved by the co-chairs of the Bond Bill Committee.

Over the next few months, the Controller General’s staff will be working with the Bond Bill committee co-chairs Sen. Nicole Poore, D-Bear, and vice chair Rep. Debra Heffernan, D-Bellefonte, to develop the process.

Tens of millions of dollars are involved.

The FY 2022 redevelopment fund broke a record with more than $70 million in non-profit allocations, in part propped up by federal COVID relief and a budget surplus of more than $1 billion.

Despite allocating more money than ever before, lawmakers approved the 2022 allocations without seeing the list of organizations that would receive funding. It eventually was released, although line items included scant details about how the money would be used.

The majority of allocations on the list included one-line descriptions of projects worth tens of thousands to multiple millions of taxpayer dollars. Many descriptions were in the two to three word range.

“It’s long past the time when the public is kept in the dark,” said John Flaherty, a member of the board of directors of the Delaware Coalition for Open Government. “Here you have $70 million of taxpayer dollars and taxpayers deserve to know specifically where their money is going.”

Flaherty believes that the state government should reveal all information relating to community redevelopment fund allocations.

The Community Redevelopment Fund was signed into law by Gov. Tom Carper in 1995. Throughout the history of the fund, the application process has varied from formal applications to requests emailed to legislators.

Brenda Wise, director of policy and communications for the Office of Management and Budget, said it has worked with the Office of the Controller General to update the application process for the Community Redevelopment Fund.

“The CGO will be responsible for dispersing the funds to individual organizations,” Wise said in an email. “OMB will be copied on award notices which will allow us to track.”

A standardized application form has been used as recently as 2014, but at some point individual legislators began facilitating the request process. That has allowed them to garner credit when funding is approved for organizations in their districts, according to Flaherty.

“They take credit for anything that’s going to benefit them and they run for the hills if there’s some kind of negative thing going on,” Flaherty said.

The application process has “been a mixed bag,” said Controller General Ruth Ann Jones. “The Community Redevelopment Fund that was established in the late 90s was only for nonprofits or municipal organizations and they submitted an application or they submitted a funding request to their legislators, so I think it was, sort of both.”

Now, Jones plans to introduce some more structure to the application process.

“There will be a more formal application that anyone who wants to request funding will need to fill in and that will be under the purview of the Controller General’s office,” Jones said. “We are in the process right now of developing that formal application, but it’s definitely not a new thing. This fund used to exist in the late 90s and in the early 2000s with a very similar process.”

Grants from the Community Redevelopment Fund are designed to match funds provided by other non-state sources, according to an instructional packet on the Office of Management and Budget’s website.

Community-based nonprofit organizations and county and local governments can receive state grants to cover up to 40 percent match of project costs. The applicant must supply 60 percent of the total project costs from non-state sources.

Organizations requesting funds are required to have been operating for at least two years prior to applying and proof of non-profit status must be provided.

During debate on this year’s bond bill, Rep. Jeff Spiegelman, R-Clayton, said the bond structure was ill-equipped to handle such a large amount of money.

“What this has resulted in is essentially a gentlemen’s agreement with tens of millions of taxpayer dollars on the line,” Spiegelman said. “This is the very definition of pork-barrel-spending, where legislators have this big pile of cash and they’re forced to play a game of ‘come and grab it’ for these funds.”

Sen. Nicole Poore, D-New Castle, criticized Spiegelman’s comments, saying, “Rep. Spiegelman might choose not to take any money for his district if that’s how he feels about it.”

Currently, organizations are not required to submit formal cost estimates for projects when they apply for grants.

“It doesn’t have to be a formal estimate,” Jones said. “Many times what legislators receive is … ‘we believe it will cost you know, let’s say $50,000 for a project’ or something like that. So, that is what we’re going with until we actually have funding to start doing more investigating into actual costs. But what does happen is once an award is made, my office requires documentation on the project budget, as well as financial information, and things like that before any funding is released.”

After the General Assembly votes on the bond bill, the Controller General requires recipient organizations to submit their most recent audit or financial statement, a full listing of any other project contributors, and a project timeline specifying the anticipated completion date.

Organizations are also required to register as a vendor through the state’s accounting system before funds can be released.

“Once those four things are accomplished the funding is released to them and then after the project is completed, they are required to submit a formal completion report to us detailing the work that was done, the total amount that was spent, and that is required within 60 days of project completion,” Jones said.

There is no limit on how long an organization has to complete a project, according to Jones. The Office of Management and Budget holds the funds until they are ready to be dispersed.

Prior to 2009, documents produced by the General Assembly were exempt under Delaware FOIA law. The state legislature passed a bill which ended the exemption to all committee meetings and records generated by the legislature.

But then-house majority leader Rep. Pete Schwartzkopf attached an amendment which sought to exempt all emails “received and sent by members of the Delaware General Assembly or their staff.” The bill, as amended, became law.

As a result, emails received or sent by members of the General Assembly or their staff are not able to be made public under current FOIA law.

Because funding requests are often sent to legislators by email, and legislators email their endorsement letters to the bond bill committee, there is no way for the public to see the detailed requests.

“They probably don’t want the public to know what’s happening,” Flaherty said. “The public has a right to know, whether it’s emails or letters or whatever.”