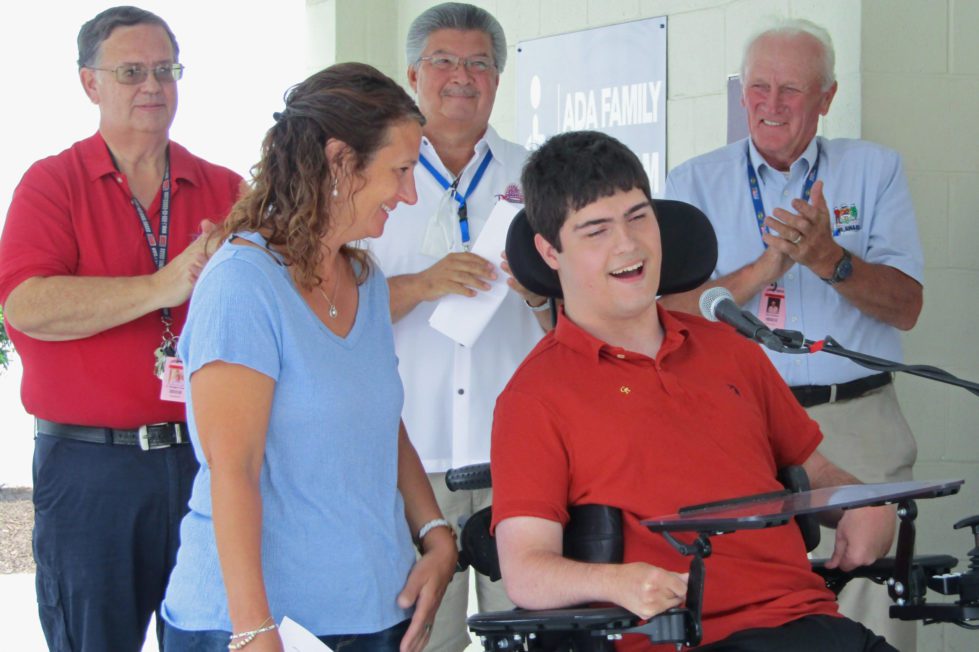 One Delaware student appears to have a jump on a career as a lobbyist, as evidenced by his successful efforts to make the Delaware State Fair more friendly to fairgoers with disabilities.

Jarrett Butler, a student at the John S. Charlton School in Camden, gathered local elected officials and fair management to discuss ways the event could be more accessible to individuals who face challenges with mobility.

State Fair general manager Bill DiMondi, Rep. Lyndon Yearick, R-Camden, and Butler initially met in 2019 at the John S. Carlton School, which is designed for students in Kent County with special needs, according to a press release issued Friday by the House Republican Caucus.

“Out of that discussion were two concerns that Jarrett Butler raised,” DiMondi said.  “One had to do with the need for the fair to have some form of specialized ADA shuttle transportation.  And the second was the need for appropriately sized ADA-compliant family restrooms – neither of which the fair had at that time.”

The project would be a difficult and expensive one, but Butler persisted.

Further meetings took place between Butler, Yearick, Sen. Dave Wilson, R-Cedar Creek Hundred, and state fair officials to refine what was needed, how much it would cost and how the funding could be secured.

“Jarrett was very specific with his requests,” Yearick said.  “Like any good lobbyist, or someone taking an active role in something they believe in, he had a plan, he had ideas, he had suggestions, and he was very, very thoughtful in what he was recommending.  And I need to stress that he undertook this not to help himself, but to help other people that he saw were in need.  Jarrett is an excellent example that one person can make a positive difference.”

In an email sent to the chairs of the Bond Bill Committee, Longhurst said the $110,000 appropriation would be an investment that would result in more access to the Delaware State Fair and increased visitation by persons with disabilities.

The new ADA family restroom and shuttle were dedicated at an event Thursday.

Butler said his goal was to help people with developmental and physical disabilities enjoy the state fair as much as he does.

“The fair is very important to me,” Butler said.  “Every time I come down here, it’s like my second home.”

Butler was presented with a duplicate.

The new amenities were to have been officially dedicated last year, but the occasion was delayed due to COVID-19 restrictions.