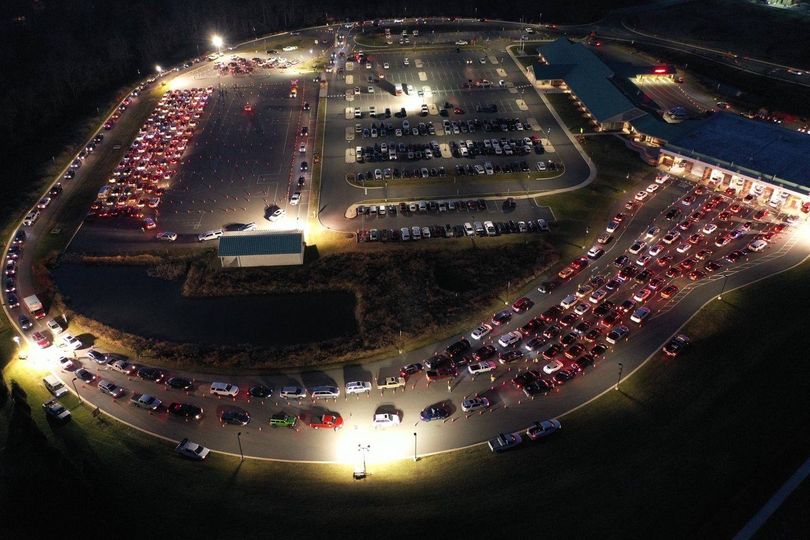 Gov. John Carney posted this photo of the Delaware City DMV and one of the state’s first mass COVID-19 vaccination events in the winter.

State Auditor Kathy McGuiness announced recently that she hopes to answer questions about how county and local governments and school districts will spend the $1.2 billion in federal COVID-19 funds by tracking the expenditures.

“One thing I have heard repeatedly from Delawareans is that they want to know exactly  how that money is going to be spent,” McGuiness said in a Dewey Beach press conference. “This is an unprecedented  amount of federal money for these officials to receive and, as Delaware’s fiscal watchdog, I  want to help track where these tax dollars are being spent.”

McGuiness’ website will host a secure online portal – powered by OpenGov – that will allow government  officials to enter their American Rescue Plan spending quickly and efficiently each week. The website will then  provide easy-to-read graphics for the public to review and compare the expenditures.

“Building this reporting into their workflow now will save officials  headaches and hassles later when entities come in to review how officials have spent these  funds,” she said.

The initiative will be dubbed Project Gray Fox, in honor of the state wildlife animal.

Several mayors attended her press conference to support the notion.

“As mayor, I really appreciate all the efforts of the Delaware State Auditor’s Office,” Dewey  Beach Mayor Dale Cooke said. “Since transparency with expenditures of funds is of major  importance in a small municipality with minimal staffing, any process that makes it easier to  document and keep our property owners and residents informed is certainly a welcomed  addition.”

“Transparency in the expenditure of these public funds is critical because all Delawareans should be confident these funds are being used to benefit their respective  communities,” said Lewes Mayor  Theodore Becker. “The city of Lewes looks forward to participating in this program.”

A spokesman for Gov. John Carney declined to comment on the program.

McGuinness said Project Gray Fox is the first of its kind in the First State.

She pointed out that in April 2016, the U.S. Public Interest Research Group Education Fund — a nonprofit that seeks  to protect consumers and promote good government — gave Delaware a C+ rating and ranked  it in the bottom 10 states in providing online access to government spending data. In 2019,  Delaware received a D+.

“Delaware should be striving for an A+ rating, and we’re going in the wrong direction,”  McGuiness said. “As the First State, we should be a leader in fiscal transparency – and that’s  why I’ve created this initiative for Delawareans.”