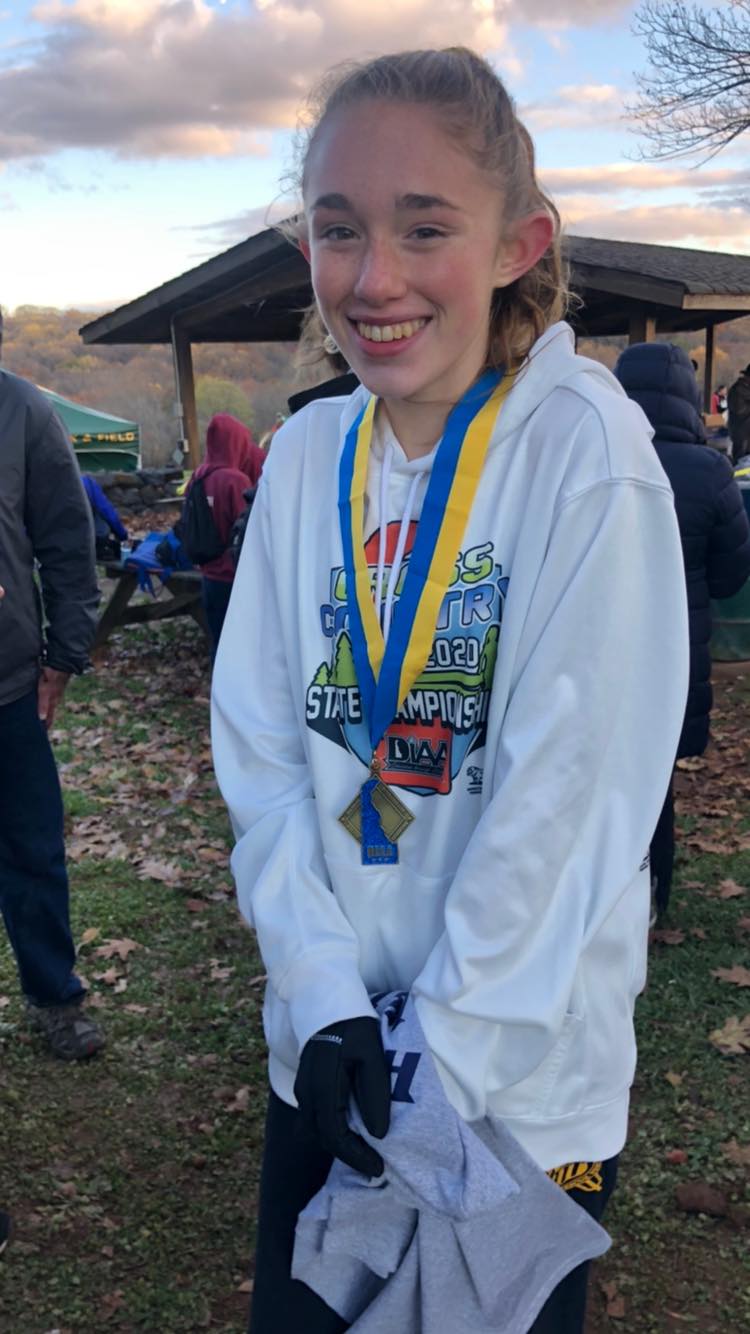 After finishing second the previous two years to Ursuline, the St. Mark’s girls cross country team won their first championship since 2006 when they competed in Division One.

The conditions Saturday at Brandywine Creek State Park for the Division 2 girls race were the worst of the day as wind-swept rain pelted the runners from start to finish.

Still sisters Tiffany & Stephanie Herrera finished 2nd and 5th respectively to lead the Spartans to the title with 61 points. Ursuline, which had won the previous four championships, came in second with 90 points.

The individual champion was Brynn Crandell from Indian River in a time of 19:37, thus becoming the first Henlopen Conference girl to win since 2001. Crandell edged last year’s champ (Tiffany Herrera) by :09 seconds.

Katie Payne of Tatnall finished 3rd with teammate Katrina Endres right behind in 4th, a significant improvement over her 2020 performance when Endres was 26th at Killens Pond.

The two will certainly put on a fine showing later this school year in the indoor and outdoor distance events. Tiffany and twin sister Stephanie completed excellent cross country careers at St. Marks as the two finished in the top 10 as juniors and sophomores, including Tiffany’s individual title last year. They plan to attend the University of Delaware next Fall.