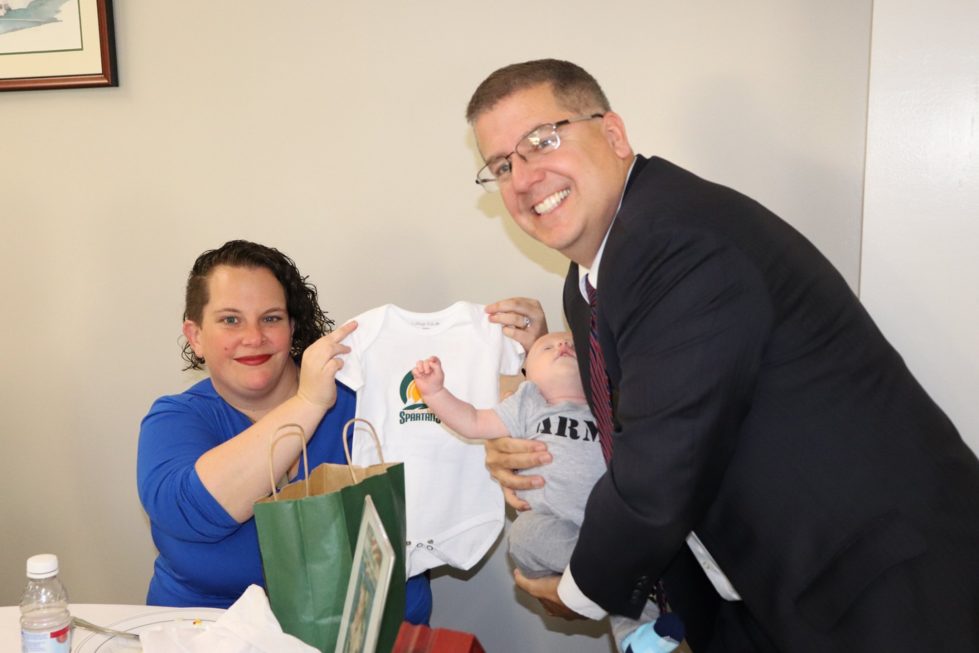 St. Mark’s High School in Wilmington will host its inaugural Cpl. Stephen M. McGowan 20K Challenge on Veterans Day to raise money for children of active-duty military and veterans who attend the school.

The challenge will be held on the school’s track where participants will be encouraged to carry a 20-pound pack as they walk the 12.4-mile distance — equivalent to 50 laps.

The event will raise money for the school’s Cpl. Stephen M. McGowan Fund, which provides tuition assistance to children of active-duty military and Veterans.

McGowan is a 1996 graduate of Saint Marks who was killed in Iraq in 2005 while serving in the U.S. Army.

Fertal, an Army veteran himself, decided the 20k challenge would be a good way to earn donations and raise awareness for veterans’ issues.

“A 12-mile forced road march is kind of a standard thing in the military so that was the first way that ‘20’ came to mind,” Fertal said. “And then it just made sense to go with the 20 pounds. It’s usually 50 pounds but we wanted to make it a challenge, not an impossibility.”

He hasn’t yet thought about what he’ll include in his 20-pound sack, but that it will probably include his old combat boots and some other stable items. Individual participants are encouraged to do the same, but at the very least, participating teams are asked to have a pack that may be shared amongst team members.

They won’t be weighing the packs — Fertal said like the military, this event is all about honor.

The school notes that the event is presented as a challenge, not a race, so there are no awards for the time it takes to complete the challenge.

Veterans and active military who would like to support participants are invited to attend and St.  Mark’s students and faculty will be on hand for support, too.

Having only announced the event a few days ago, the school has already raised $8,000 for the Cpl. McGowan Fund — nearly halfway to its $20,000 goal.

Some members of McGowan’s family will be present to witness the inaugural event.

“We welcome participation and we welcome support,” Fertal said. “Our goal is to grow this fund so that we can help more families that want to have their children have an education.”

The challenge will be held rain or shine and refreshments will be made available. There are no specific COVID-19 restrictions.

To register to participate, donate, or to support Fertal and other participants, go to this link.

With so much federal stimulus cash, state predicts surplus of $1 billion
Ordinance would require ethics training for Wilmington officials, employees
Tatnall's second quarter run proves to be too much for Friends
Bad weather postpones start of 2nd-dose clinic in Dover