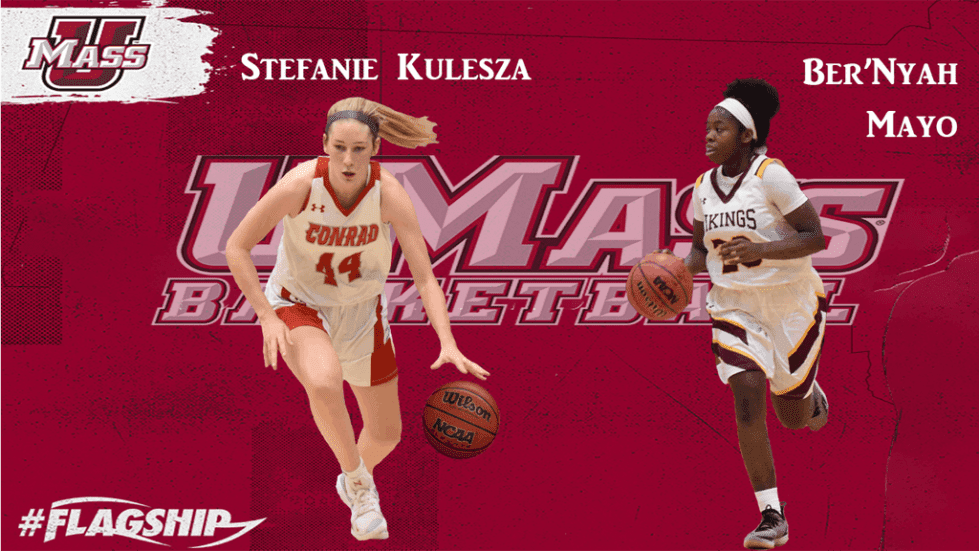 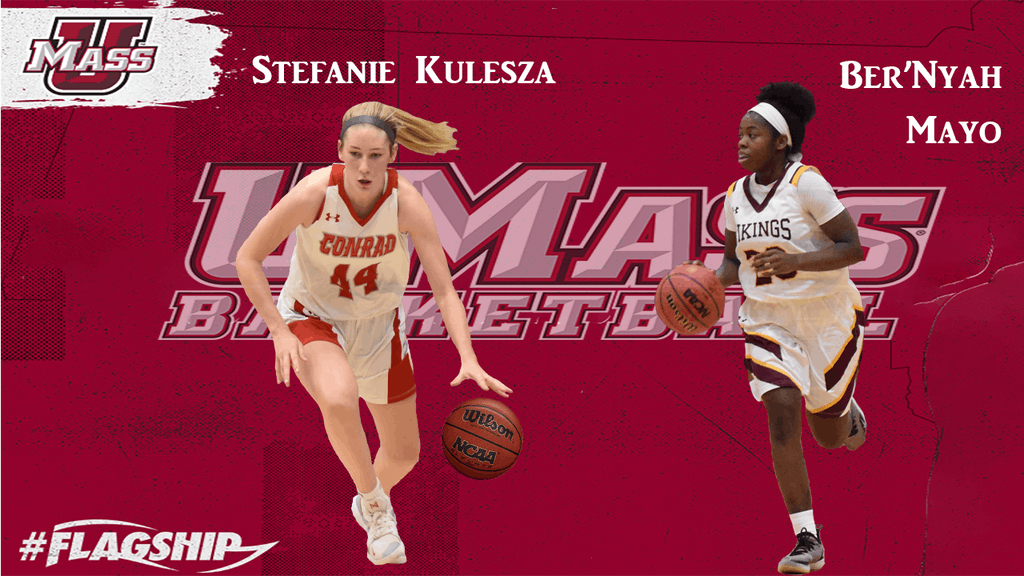 Ber’Nyah Mayo and Stefanie Kulesza were rivals on the Delaware girls’ basketball scene over the past few seasons.

Mayo was the main weapon of a storied St. Elizabeth’s program, and Kulesza helped create a new power at Conrad.  Now both ladies are freshmen teammates at UMass, after Kulesza reclassified and joined the program Jan. 28.

Kulesza last suited up for the Red Wolves of Conrad on Jan. 23 in a tough matchup against Caravel Academy that was live streamed on Delaware Live Sports.  In the game she scored 11 points as the Red Wolves remained unbeaten on the season, moving to 5-0 after the 49-34 victory.

After the game it was announced that Stefanie would be graduating early and heading up to Amherst to join UMass and be eligible to practice and play immediately.

Tory Verdi, head coach for UMass, is ecstatic to have another one of Delaware’s finest.

“We are thrilled to welcome Stefanie to UMass earlier than expected,” Verdi said. “In my five years here, she is the highest-ranked player to join our program. She is an incredibly talented player and a great student, and we cannot wait to see her add depth and impact at the guard position soon.”

Kulesza is a well decorated player, and the hype is well deserved.  She sits at No. 97 on ESPNW’s 2021 HoopGurlz top 100 recruiting rankings, earning a 4-star rating. Some of her achievements at Conrad include hitting the 1,000-point mark during her sophomore year and being 1st team All-Conference and 1st team All-State every year at Conrad.

During her four-and-a-half-year career at Conrad, she was a part of the team that went 81-15 and won the 2017/18 DIAA Girls’ Basketball State Championship.

During their high-school careers, Mayo and Kulesza squared off twice, with each player earning a win apiece.  The rubber match was supposed to have taken place in December of 2019, but Mayo was unable to play due to injury.  Now they get to wear the same jersey and wreak havoc together over the next four years.

Mayo has been with the program since the beginning of the year, as she was a part of the class of 2020.  The freshman guard has been impressive for a UMASS team that currently sits at 10-5 on the year.

She is averaging 8.5 points per game on nearly 40% shooting, with her season high, 18, coming at home vs Rhode Island on Dec. 8.

Verdi has high praise for her as another great guard of the future for his program.

“Ber’Nyah is a dynamic combo scoring guard. She can score at all three levels. She may be small, but she is mighty,” Verdi said.  “She can create for herself and others. In late-game situations, she wants the ball in her hands. She’ll add a tremendous amount of value to our team.”

Currently, UMASS is on a “high risk” level for Covid-19 and is in the midst of a minimum 14-day pause of athletic activity.  Unfortunately, this has forced the program to cancelfive games on their schedule, through Feb. 20.  However, there hasn’t been any word on the cancellation of their final two regular season games, Feb. 26 vs. VCU and Feb. 28 vs. Richmond.

Fans hope we get to see two of Delaware’s top women’s recruits take the court together for the first time in college.

Both games will be available to watch through ESPN+.