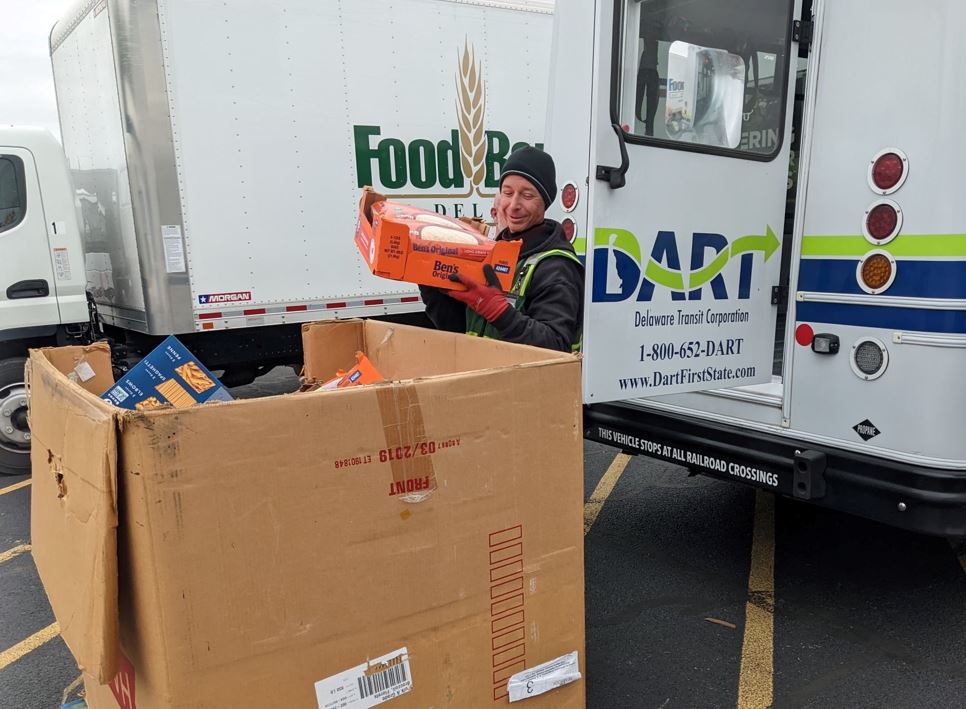 The Delaware Transit Corp. announced Thursday that its spring “Stuff The Bus” Food Drive collected 8,514 pounds, or 4.3 tons, of food.

The four-day event was held in early April at the Safeway stores in Rehoboth and Dover, and the ShopRite stores at First State Plaza and Brandywine Commons.

The Food Bank of Delaware will distribute the donated food throughout Delaware.

DART for years traditionally sponsored “Stuff the Bus” campaigns before Thanksgiving, but when COVID began in 2020 and so many needed help, it began a spring campaign, too.

“The Food Bank of Delaware has met record levels of need over the past several years, and the DelDOT family is proud to support their mission through their drive-thru mobile pantries and the expanded ‘Stuff The Bus’ food drives,” said Secretary of Transportation Nicole Majeski in a press release. “We are so grateful for the donations received across the state!”