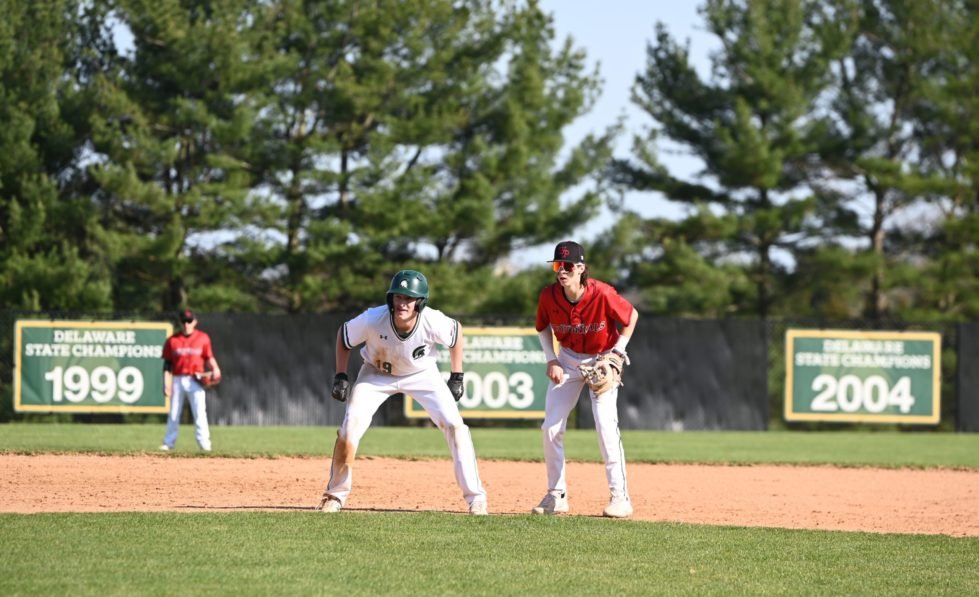 Saint Mark’s victory over William Pen was keyed by a big first inning. The Spartans were able to send five runners across the plate in the bottom of the first inning Friday night.

Garrett Quinn and Kyle Reader both knocked in two runs in the inning. Quinn hit a double down the right field line and Reader hit a single to left field scoring two. Hayden Fauerbach then capped off the inning with a double scoring Reader giving the Spartans a 5-0 after one inning.

James Baffone led off the second inning for Saint Mark’s with a double to left field. Zach Frame eventually knocked him in with a single to right field. The Spartans led 6-0 after two innings.

The Spartans then added two more runs in the bottom of the fifth inning. Reader collected two more RBI’s after he doubled to left field driving in Tyler Satterfield and Quinn. After five innings the Spartans led 8-0.

William Penn would finally get on the scoreboard as Hasson Turner led off the sixth inning with a solo home run to left field.

Quinn got the win for Saint Mark’s on the mound. He struck out five batters allowing no hits or runs over five innings.

The Spartans collected 12 hits in the game. Frame and Reader each added three hits a piece to lead Saint Mark’s.

Saint Mark’s will head down state to play Delmar this Saturday at 1P.M.

William Penn will play host to Caesar Rodney this Saturday at 2P.M.